On the morning of 9 May 2019, Archimandrite Elder Aimilianos, former Abbot of the Holy Monastery of Simonos Petras on the Holy Mountain fell asleep in the Lord at the Holy Convent of the Annunciation of the Mother of God, Ormylia, Halkidiki.

You have made known to me the ways of life; you will fill me with joy with your countenance (Ps. 15, 11).

Elder Aimilanos’ withdrawal to the dependency at Ormylia
At the beginning of 1995, permanent damage to his health forced the venerable Elder to withdraw gradually from his duties as Abbot and leave his beloved monastery and the Holy Mountain, of which he was so fond. In 2000, the revered Elder passed the baton of his duties to the present Abbot of the Holy Monastery of Simonos Petras, the Very Reverend Archimandrite Elissaios, who, with filial respect is continuing his work. The Elder himself lived in peace and quiet in the dependency at Ormylia, ‘supplementing in his body the deficiencies of the sorrows of Christ for the sake of the body of Christ, that is, the Church’, with great patience and fortitude. 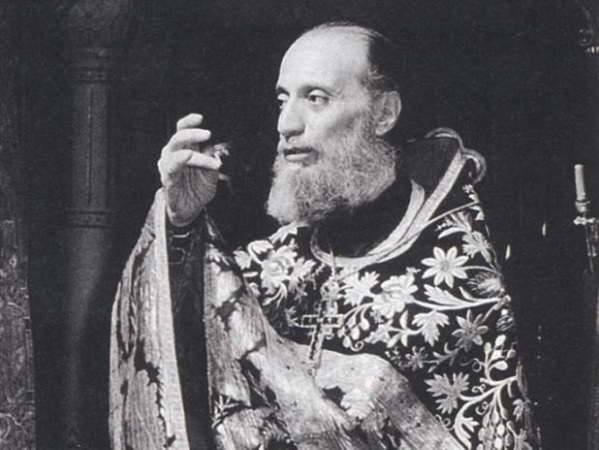 Very few texts from the Elder’s rich spiritual harvest were published during the time he was active, because his sole aim at that time was to provide the necessary education for the sound development of his spiritual children and the flock of the Church. For this reason, he humbly avoided making his words public.

The Elder’s address was characterized by an empirical approach to issues, a profound analysis of concepts and a fluent manner of expression. His instructional homilies are a valuable legacy and repository for his monks and nuns: a vessel overflowing ‘with the purest wine’ which, given his later silence, has become ‘invested with gold and silver’. This wine is preserved by the two communities as a most precious inheritance and is being poured out to the Church of God as a labour of love.

The task of organizing his many and varied spiritual instructions and homilies was undertaken by the women’s community at the dependency at Ormylia, which also started publishing them in 1995, inaugurating the Spiritual Instruction and Discourses series. Four volumes have already been published: The Authentic Seal (1998), Life in the Spirit (1998) Let us Rejoice in the Lord (1999) and Divine Worship- Expectation and Vision of God (2001). As well as the original Greek, the works have also been translated into French, English, Romanian, Russian and Serbian.

The publication of the eloquent Elder’s work is a matter of filial love and an expression of eternal gratitude on the part of his children and it is expected that it will extend into numerous volumes covering a variety of subjects: homilies and sermons; interpretations of the ascetic Fathers (Abba Isaiah, Isykhios [Hesychius] the Elder, Gregory the Sinaite, Maximos the Confessor, Saint Thalassios, and Saint Theognostos); interpretations of monastic rules, (those of Anthony the Great, Saint Augustine, Saint Makarios, Saint Pachomius), monastic institutions and practical life (monasticism, the monastic rule, the life of the monastic, and the relationship between elder and disciple; interpretation of the life of the saints (Saint Nilus the Calabrian, Saint Romylos); interpretations of Biblical hymnographical and theological texts (psalms, prophesies, hymns and so on).

The Elder’s tenure as Abbot of the Holy Monastery of Simonos Petras is already considered to be one of the most blessed periods in the more recent history of the foundation, of which it is rightfully proud. It also coincided, by the protection of the Mother of God, with a massive influx of new monks onto the Holy Mountain and the enhanced influence of Athos as a whole. As he himself remarked: ‘The monastic community in a coenobitic monastery is essentially living in the Church, through the Church, like the heart or a bodily member. It cannot be evaluated on the basis of the activities it engages in, but rather by its fervent quest for God. In this way, the monks or nuns prove to be themselves God-like, attracting others to the divine life’ (Rule of the Holy Convent of Ormylia).