Why did Christianity Triumph? (3) (Theodoros Ziakas)

Why did Christianity Triumph? (3) (Theodoros Ziakas)

The Theory of Decline/Anxiety
If force is excluded [see part 2], there remains the notion of decline/anxiety. This theory is that, in the first three centuries A.D., the Greco-Roman world fell into a terrible decline. No longer believing in itself and its values, it was ripe for salvation by any lifeline that came its way. Christianity appeared at just such a moment, as a deus ex machina. So it couldn’t be avoided. Demonstrably.

The dominant Modernist approach to the Christian phenomenon is based on this very simple idea. It can be followed, step by step, in Professor E. R. Dodds, Pagan and Christian in an Age of Anxiety (Some Aspects of Religious Experience from Marcus Aurelius to Constantine), The Wiles Lectures 1963, reprinted CUP 1991. Dodds was a recognized authority [Regius Professor of Greek at Oxford. WJL.] and his knowledge of antiquity is beyond doubt. He was a remarkable linguist and his lectures on the subject represent the last word in Modernist thought. They need to be studied carefully by anyone wishing to form a personal opinion. 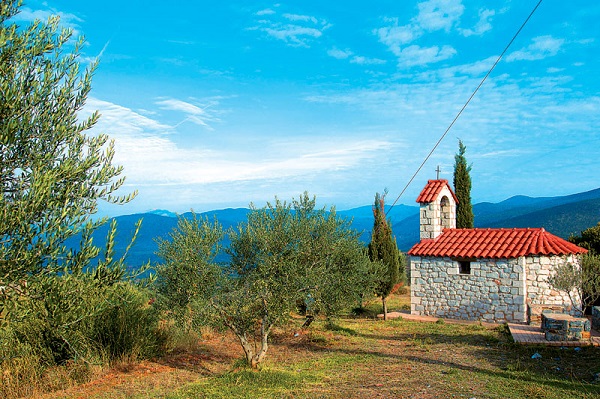 a) the fact that people turned their attention away from the Cosmos to the Self,
b) the increased belief in spirits, magicians and prophets,
c) the interest in mysticism.

Dodds omits to explain why these three attitudes are testimony to any ‘insecurity’. Because their absence does not confirm a lack of security. Of course, it is not easy to argue for the existence of causal connection between philosophical and religious choices in terms of feelings of insecurity. And besides, how can it be claimed that an introspective person is more insecure than an extrovert? Or that study of the self hints at more insecure motives than study of the cosmos? (first facet). Or that not believing in the spirit is accompanied by the absence of insecurity? (second facet) Or that the mystic is more afraid than the materialist? That Plotinus is more insecure than Epicurus? (third facet). As much as material insecurity can be considered a source of spiritual insecurity, by the same arbitrary criteria the latter could also be traced to a source of moral and spiritual attitudes. Especially to attitudes which embrace a whole historical era.

It is very interesting to look more deeply into the three facets which, according to Dodds, define the climate of that era: the turn towards the inner self, spiritualism and mysticism. As a whole, this climate is more characteristic of the Gnostic groupings, which is why they might be placed under the general heading of Gnosticism. This was a general trend which, among the Gnostics, assumed quite extreme forms. Gnosticism is any system that declares a form of flight from the world through a special enlightenment which is not available to everyone and which is independent of reason. At that time, there were both pagan and Christian Gnostics. For all of them, the sublunary world is a prison from which people must escape.