Archaeologists from the University of Alicante in Spain recently unearthed the first Byzantine monastery ever found on the Iberian peninsula.

Previously thought to be a Roman or Visigothic site on a hill on the outskirts of Elda in the Alicante province of Spain, experts from the University of Alicante and the local archaeological museum have confirmed that the remains of a Christian monastery discovered in the 1980s are in fact those of a Byzantine monastery. 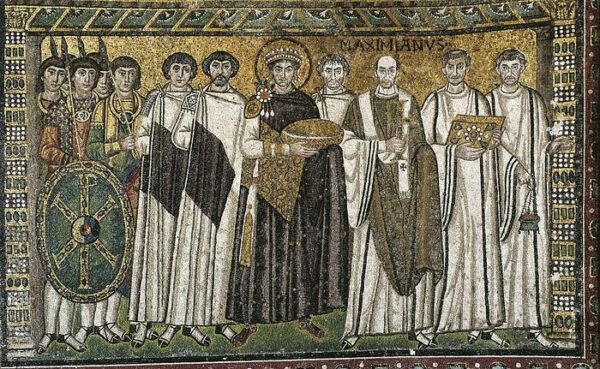 The research lasted almost 25 years “due to the difficulties of identifying the architectural remains and liturgical utensils found,” explains Antonio Manuel Poveda, a professor of ancient history and director of the museum.

Materials were found though unidentified 50 years ago and finally, in the 1980s, archaeologist Enrique Llobregat managed to confirm the “existence of a Christian monastery” on the hill, having found fragments of a Greek-style altar, reports El Pais.
A small set of weights with inscriptions in Greek have been found along with the most recent excavations, led by Poveda, which unearthed a large octagonal column, in line with Byzantine architecture. It is a unique find throughout the Iberian Peninsula. Various liturgical utensils have also been found—the only ones found in Spain belonging to the Byzantine rite.
Ten graves with sixteen skeletons were also found, several of which were wearing rings with a Greek cross. “We had many loose elements, but nothing that confirmed to us with total certainty that it was a Byzantine monastery,” says Poveda.

Poveda stressed that after the discovery of the weights there are no doubts: It is a “Byzantine church belonging to a Greco-Eastern monastery, with architecture and furniture of a Byzantine nature.”
greekcitytimes.com