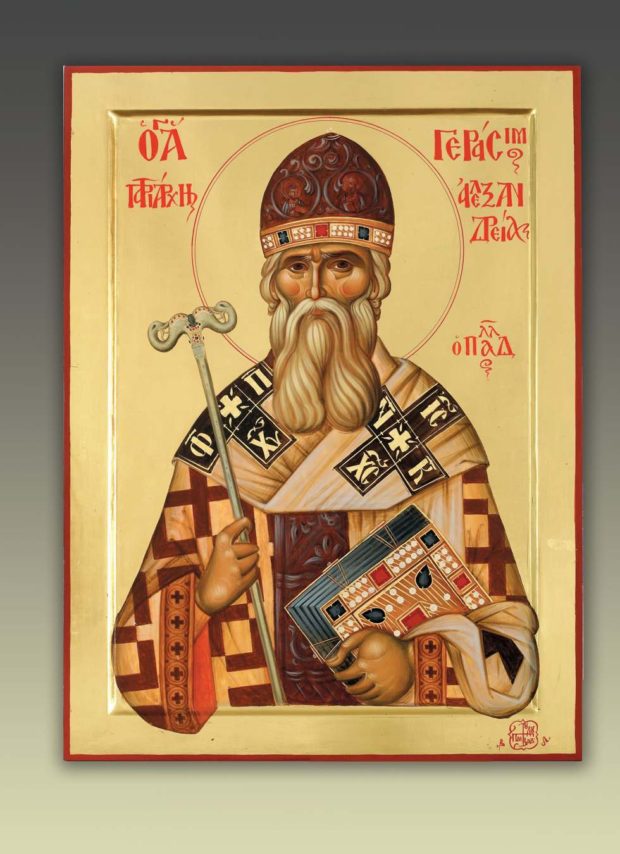 Saint Gerasimos Palladas was born in the village of Skillous of Pediada in Crete. He learned his first letters from his father Theodoros, who was first-priest and a preacher in Chandakas, and later continued his studies in Kerkyra (Corfu) and Venice. Besides Greek, he knew Latin and Hebrew. He taught and preached in Peloponnesos, in Ioannina, in Arta and in Paramythia. He served as Metropolitan of Castoria and Adrianople (from 1686). In 1688 he was elected Patriarch of Alexandria and, after a fruitful twenty-two years in this position, he retired to Vatopaidi Monastery, where he blessedly reposed in January of 1714. He was officially recognized as a saint by the Patriarchate of Alexandria in 2002, and he is commemorated on the 15th of January. 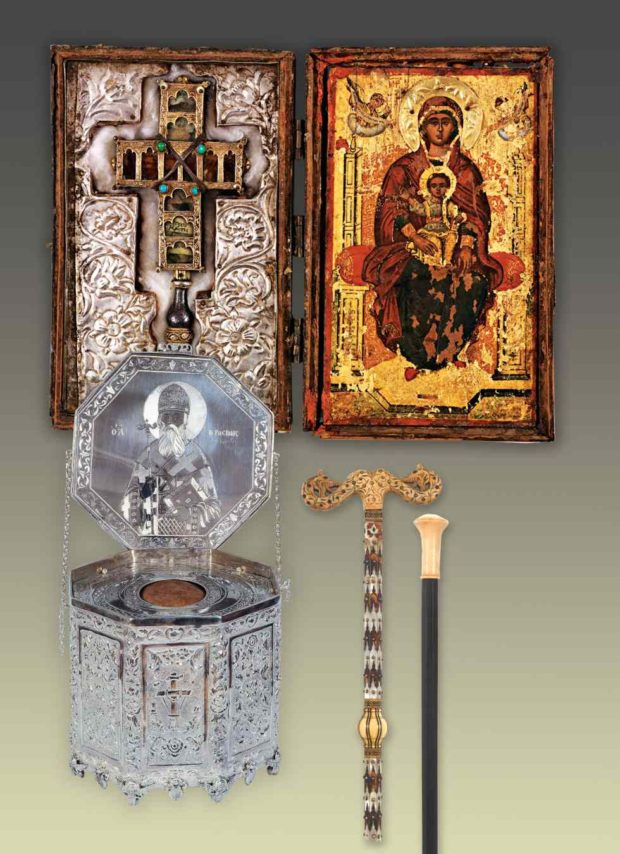