The Case of Fools for Christ (Fr. Andreas Agathokleous)

The Case of Fools for Christ (Fr. Andreas Agathokleous)

Among the multitude of the saints, that is the people who loved Christ ‘with all their heart’ and who expressed this love through denial of the self and acceptance of their cross, there are the so-called ‘fools for Christ’. Usually monastics, they presented themselves to the world as lunatics, acting contrary to common sense, saying and doing things which made them look insane and immoral. Their behavior, however, concealed their conquest of the passions, their faith, their gifts and their sanctity.

This kind of spiritual struggle was a gift from God, not a personal choice. It was a particular gift granted to certain people in specific circumstances, in a specific society. Most often the society was one of secularized Christianity which had lost the true meaning of Church life and was living in a formal, superficial and duplicitous manner. 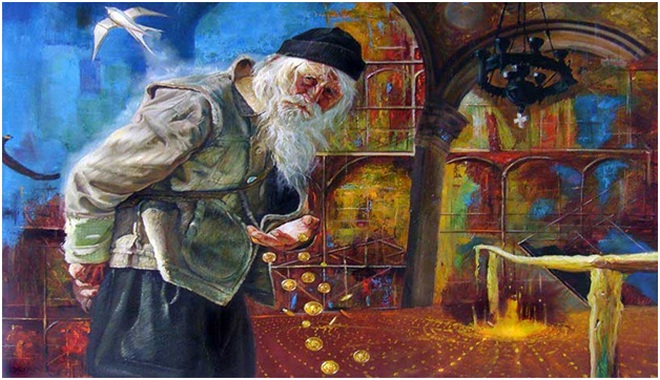 Since foolishness for Christ is a gift of the Holy Spirit, it can be understood through his illumination. Foolishness for Christ and ordinary foolishness are no different externally, which is why they can be distinguished only by those people who have the discernment to see the presence of God’s grace in the fool’s words and deeds.

Even though ‘the world lies in wickedness’, under the dominion of ‘the prince of darkness of this present age’, God, as love and Father, has not left his children exposed and unprotected. The presence of the saints is the presence of God among us.

In reality, the fools for Christ mock both the devil and the secular outlook. By entering into the absurdity of the devil and the world, and living as fools, it’s as if they moved into his space. This is why, through God’s grace, which as saints they have, they ridicule the devil, make a laughing-stock of him ‘in his own home’.

Living in a secularized Christian world, which had lost its identity, which had rejected its roots, which encouraged formalism and superficiality, the case of the fools for Christ directs us to another logic, the logic of God. It manifests sanctity clearly, as sacrifice for Christ and for those brothers and sisters who are going astray in confusion and self-regard. It highlights the way in which some people are rejected and disparaged for not having the comforts of life, social standing, or a pseudo, superficial moral code.

Obviously, this way of life isn’t for everyone, nor does God ask it of everyone. If we bear in mind this difficult path of sanctity, we may be able to transcend, to some extent, our formal, religious duties and live the Christian life as it essentially is. This involves humility, disregarding the good opinion of the world; love which isn’t good deeds but offering the whole heart; and the sacrifice of the self as an expression of love for Christ.

If we do this, we’ll gain the logic of God, the mind of Christ and, therefore, his peace and joy.