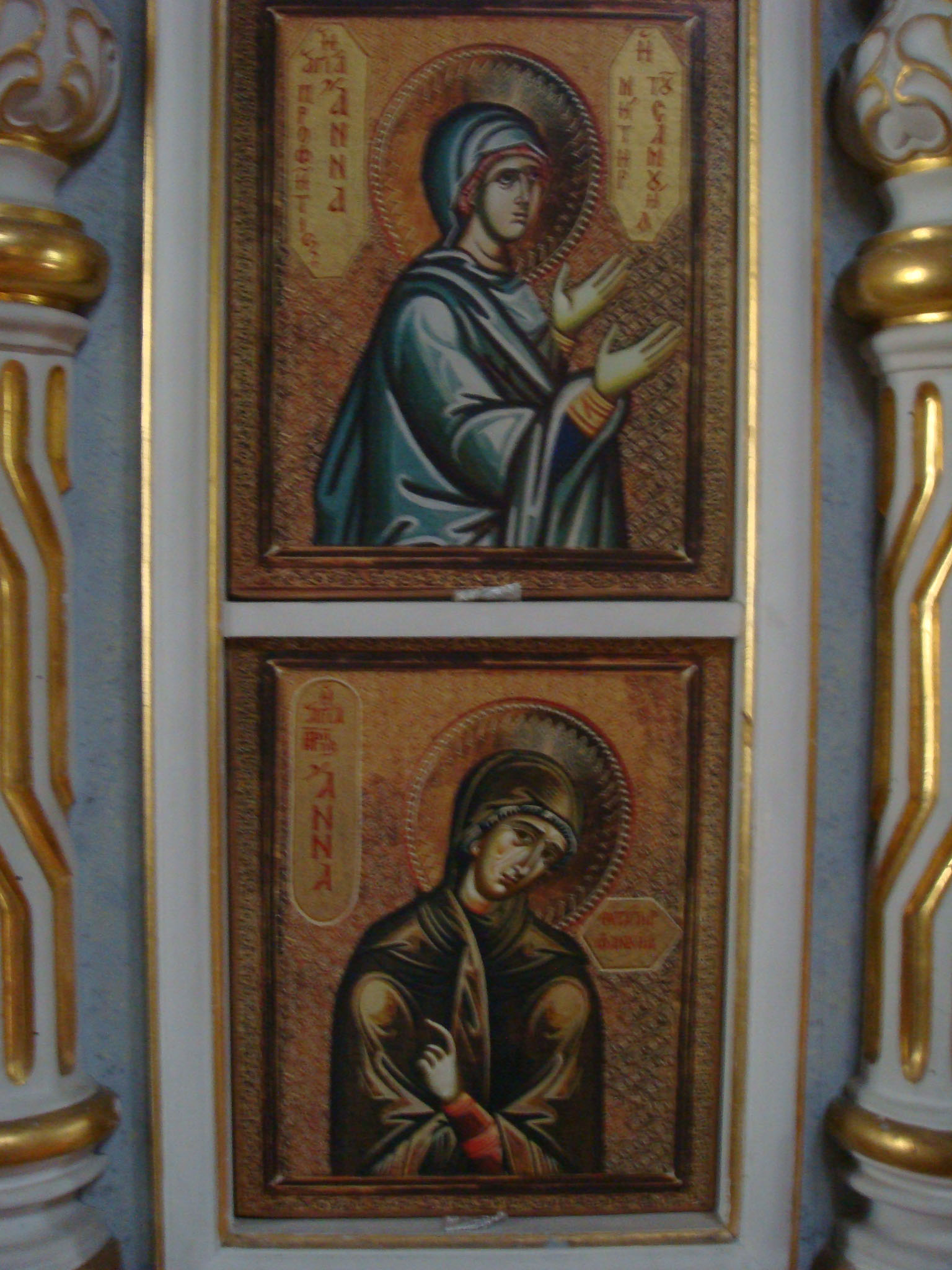 Hannah (Anne) the mother of Samuel and the Prophetess Anne.

“And there was one Anna, a prophetess, the daughter of Phanuel, of the tribe of Aser: she was of a great age, and had lived with an husband seven years from her virginity; And she was a widow of about fourscore and four (84) years, which departed not from the temple, but worshipped God with fastings and prayers night and day. And she coming in that instant gave thanks likewise unto the Lord, and spake of him to all them that looked for redemption in Jerusalem.” (St Luke 2:36-38).

In the Temple thou didst embrace as an infant God the Word Who became flesh,

And also as a Prophetess the august Anna ascribed praise to Him.

We acclaim you as divine servants of Christ.

Let Symeon the Righteous and Anna the Prophetess,

that godly pair, be praised together;

they became witnesses of the Incarnate Lord.

When they saw Him as an infant, together they worshipped Him.