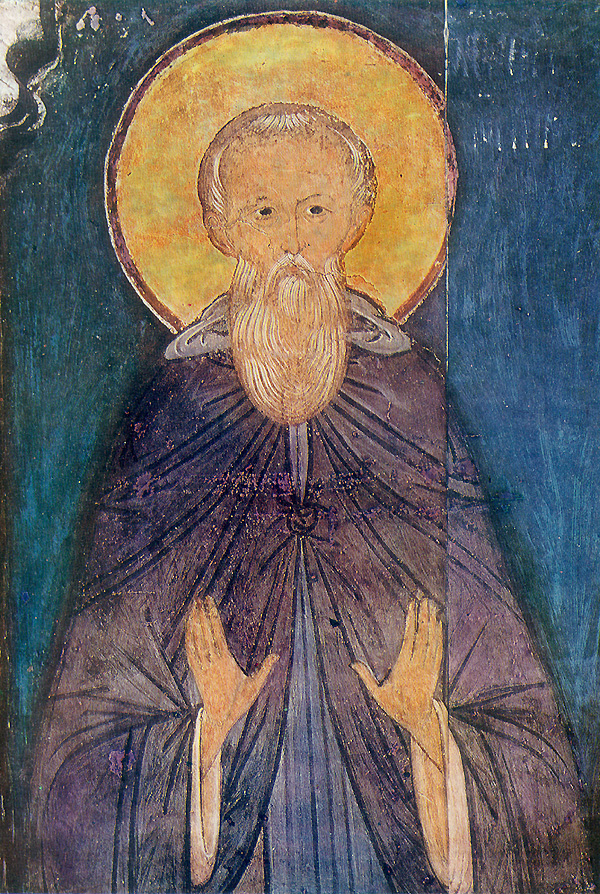 Saint Parthenius was the son of the deacon Christodoulus from Melitopolis on the Hellespont. Although illiterate, he listened attentively to the reading of Holy Scripture in church, and he did his best to put what he heard into practice. Working as a fisherman, he would give whatever he earned from the sale of his catch to the poor, keeping nothing for himself. His charity became well-known in the area, and Philetus, the Bishop of Melitopolis, obliged him to accept ordination to the priesthood, with a commission to traverse the diocese visiting the Christians in their homes. The Grace of God brought forth abundant fruit in him through many miracles and healings. One day, he met a man on the road whose eye had been dislodged by the horn of a bull. He restored the eye to its socket and healed the wound. On another occasion, he cured a woman of a fatal cancer solely by the sign of the Cross. Then again, when a mad dog attacked him, he brought the creature down stone dead with a simple puff of his breath.

Confronted by so many indications of divine favour, Ascalus, the Metropolitan of Cyzicus, consecrated him Bishop of the city of Lampsacus, which was still in the depths of idolatry. By dint of fasting, prayers and inspired words, and through the example of his evangelic way of life, the Saint succeeded in converting the city.

When he visited the court of Saint Constantine the Great he was authorized to destroy the pagan temples of Lampsacus and given funds for constructing a church. On the completion of the building, a large stone was being brought to cover the altar when the envious Devil caused the oxen to career out of control, resulting in the death the driver who was crushed beneath the wheels of the cart. The Saint immediately addressed a fervent prayer to the Lord, and the dead man was restored to life.

Saint Parthenius was the loving father and the very providence of his city. He unfailingly healed every illness, making the doctors superfluous, to their great vexation. As light scatters darkness, at his coming the demons took flight. One day he commanded a devil to depart from a poor man, but the evil spirit entreated him, ‘Give me a place where I can live until the time of the dread Judgement or, at least, let me inhabit swine (cf. Matt. 8:32)’

– ‘By no means,’ the Saint replied, but when you come out of this unfortunate there is someone else waiting for you.’

– ‘It is I! Come and dwell in me!’ The evil spirit fled at these words, crying out as though scorched, How could I enter God’s house? Great is the power of Christians!’

One day Parthenius went to Heraclea, the chief city of Thrace, whose Bishop Hypatian was very ill. God revealed to the Saint that avarice was the true cause of his disease.

-‘You’re not suffering from a bodily illness but from a spiritual one. Let the poor have the goods that you’re witholding from them and you’ll get better’ Conscious of his sin, Hypatian offered all his goods for Parthenius to distribute to the needy.

-‘But no,’ said the man of God,’ since God grants you strength, it is up to you to give the poor what they have a right to.’ The Metropolitan then had himself carried to the Church of St Glykeria, the patroness of the city, and he distributed all his possessions to the needy assembled there. Three days later he was restored to health.

While staying at Heraclea, Saint Parthenius healed other sick people, and blessed fields and crops, predicting exactly what their yield would be. On taking leave of the Metropolitan, the Saint indicated that his own death was near at hand and he named his successor. Soon after returning to Lampsacus, he gave back his soul to God, bequeathing to his flock the sweet savour of his miracles and the example of his holy life. As soon as they heard the news, all the bishops of the region hastened to pay their respects at his funeral and to send up to God fervent prayers of thanksgiving.