Open Letter of the Abbot Efraim

Open Letter of the Abbot Efraim 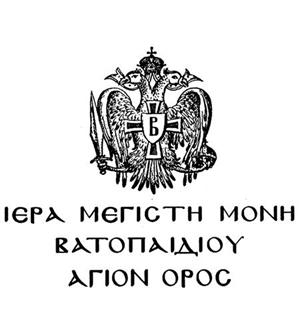 His Excellency Mr. Papoulias, President of the Republic
The Right Honourable Mr. Karamanlis, Head of the Government,
His Honour Mr. Sanidas, Public Prosecutor
The Honourable Members of the Greek Parliament

Rejoice always in the Lord!
We are already in the second month since the Holy and Great Monastery of Vatopaidi and I, the undersigned Abbot, Archimandrite Efraim, became the targets for unparalleled and unwarranted attacks. We have been under incomprehensible and unprecedented fire, which has caused boundless sorrow and heartache and has also raised questions in the minds of all.
When my Brotherhood took responsibility for the fate of… this leading historical Monastery of Orthodoxy (with unanimous ratification by the Holy Community of the Holy Mountain and the Exarchy of the Ecumenical Patriarchate), it was one of my many duties to begin the enormous task of restoration. Naturally, in order to meet the extremely high costs of construction, funds had to be found and part of these came from the proper deployment of the approximately 10% of its property which remained to the Monastery, the other 90% having already been offered to the Greek people (Law 5377/1932).
In the course of these proceedings, which began in 1994, the following judgments were published:

These decisions- made over a ten-year period- were signed by dozens of top state functionaries, people of the highest standing, moral fibre and knowledge (Ministers from both of the biggest parties, members of the Legal Council of the State, members of Special Advisory Councils, public prosecutors and ordinary civil servants) and were based on laws and the opinions of specialist university professors. In other words, they were examined, passed and ratified by the top echelons of state and judicial authority. The names of all these people are known and available.
If the aim, however, is to convince public opinion that all of these people were tricked and the sole guilty party is âthe uniquely giftedâ Abbot Efraim, then I personally agree to tread my path, smitten and reviled, in the full satisfaction of knowing that I have absolutely done my duty to God as a monk.
What I shall never accept, however, as a Greek with a modicum of common sense is that all these members of the Greek Parliament, from all parties, as well as the top state functionaries, who have, over the years, visited our monastery and congratulated us on our singular and enormous efforts- as they have expressed it in writing- all of those whom I hold in deepest respect for their moral fibre and their legal knowledge and to whom the Greek people has entrusted the highest offices, were ingenuous and allowed themselves to be tricked.
I ask. Are there any reasonable people who would accept such a view?
With pain in my heart, slandered, but spiritually calm, I shall follow the path the Lord has chosen for me. It goes without saying that I consider it my bounden duty to assist the work of justice.
In all honesty, my interest in writing this letter is to safeguard the standing of the Holy Great Monastery of Vatopaidi and of Orthodox monasticism in general, of the public administration and, finally, of myself.
Now, if certain people wish to impugn the values of Orthodoxy and of monasticism; the esteem in which the countryâs politicians and state functionaries at all levels are held; and the confidence of our citizens towards the public administration and the institutions of our country, history and time will tell.
I pray that Our Lady the Mother of God, the Guardian and Spiritual Guide of the Holy Mountain, to Whom the Holy Monastery of Vatopaidi is dedicated, will take everything upon Herself, will enlighten everyone and that everything will be done in accordance with Her holy will.

The Abbot of the Holy and Great Monastery of Vatopaidi
Archimandrite Efraim.