A Life of Servanthood

A Life of Servanthood 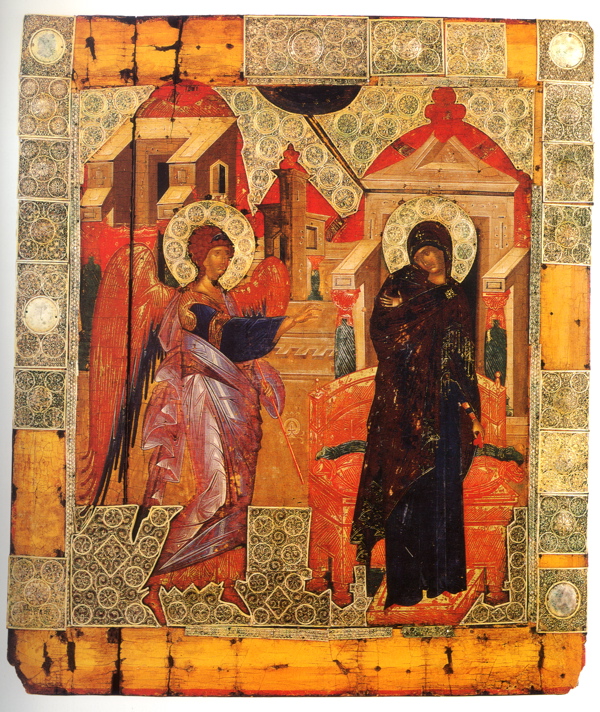 In today’s modern context, the Greek word δούλος (doulos) usually means «servant»or «slave». It has such a negative connotation, people thinking that they are somehow subordinate and inferior to everyone else. No one ever wants to be called a δούλος( doulos), but rather an ηγεμόνας (hegemonas), someone who exercises authority over others, ruler.
Yet,, the word δούλος had a different connotation during the time of Christ. A δούλος was different from an εργάτη (laborer =hergatis), who was just a paid person who would stay for a while and then leave when their task was done. There was no connection with the εργάτη; the δούλος, though, was almost like a part of the family.

Today, we celebrate the life of the «Queen of the Angels» (Η Βασίλισσα των Αγγέλων), who was known to all as «η δούλη του Κυρίου», «the servant of the Lord».
The woman who was «More Spacious than the Heavens» (Η Πλατυτέρα των Ουρανών) was the one whose will was exactly the same as God’s will. She was the example for all who wanted a communion with God, as she manifested God’s will at every moment of her life. From her childhood onwards, her life was based around what she told a certain visitor one day in Nazareth: «Behold, I am the servant of the Lord.» This Lady is the Most Holy Theotokos and Ever-Virgin Mary.

Our Lady Theotokos was born to humble parents, Sts. Joachim and Anna. She was a miracle child, as her parents were very old when they conceived her. From a young age, she was dedicated to the Temple and lived there. When she matured, she left from the Temple and lived in Nazareth. There, one of the greatest miracles to happen in her life occurred.
In the Gospel of Luke, we hear of the Archangel Gabriel visiting her and saying to her, «Hail, full of Grace! The Lord is with you! Blessed are you among women, and blessed is the fruit of your womb!» With these words, the Archangel announced to her she would give birth to Jesus Christ. Although being a bit skeptical at first («for I know no man», as she said), the Theotokos was told her conception of Christ was from the Holy Spirit. At this moment, our Lady had a choice:

She could either accept this call from God, or reject it. Throughout her life, she expressed servanthood to God; it would be no different at this moment.
Her response to the Archangel was simple, but filled with joy and humility: «Behold, I am the servant of the Lord. May it be to me as you have said.» (Luke 1:37) She accepted God’s call, and thus continued her life as God’s faithful servant. Nine months later, she would give birth to Christ, the Saviour of the world.
All throughout her life, Panagia obeyed the Will of God. She was there to weep when Christ suffered and died on the Cross. She was the first to rejoice when our Lord had risen from the dead. She was present at Pentecost, once again receiving the Grace of the Holy Spirit. She spread the Word of God wherever she went, proclaiming the Majesty of the Kingdom of God.

She was, from the beginning to the end of her life, a most faithful servant of God, who was a great part of the family we call the Church of Christ. She is the Lord’s Mother, but also our Mother: we pray to her, so she may intercede for us to her Son and our God. Her Annunciation that day manifested a «New Creation» to the entire world. She chose to become God’s servant, and thus become truly free from the passions of this life. She became free, and brought all of humanity to freedom, through bringing our Lord to this world, saving it from corruption and giving us a chance at new life.
Our Theotokos Made a Difference! You Can Too!

† She was God’s obedient servant: She could have rejected the call from God,
but chose to accept that great sacrifice (and honor) in bringing our Lord
into the world and caring for Him. Let us also be obedient to His will,
making sure His will is our will throughout all our lives.
† Her life was an example for all Christians: from childhood to the end of her life
on earth, she put her faith in God, and knew that she would be comforted
by Him.
† Her love has no limits: From God, to the members of the early Church, to
those who persecuted it, she loved everyone, without exception.

Today marks the crowning of our salvation and the
revelation of the mystery before all ages. For the Son of
God becomes the son of the Virgin, and Gabriel proclaims
the grace. Wherefore, we also cry out with him,
«Hail, O full of grace, the Lord is with you.»

Unto you, O Theotokos, invincible Champion, your City, in
thanksgiving ascribes the victory for the deliverance from sufferings.
And having your might unassailable, free us from all
dangers, so that we may cry unto you: Rejoice, O Bride Ever-
Virgin.