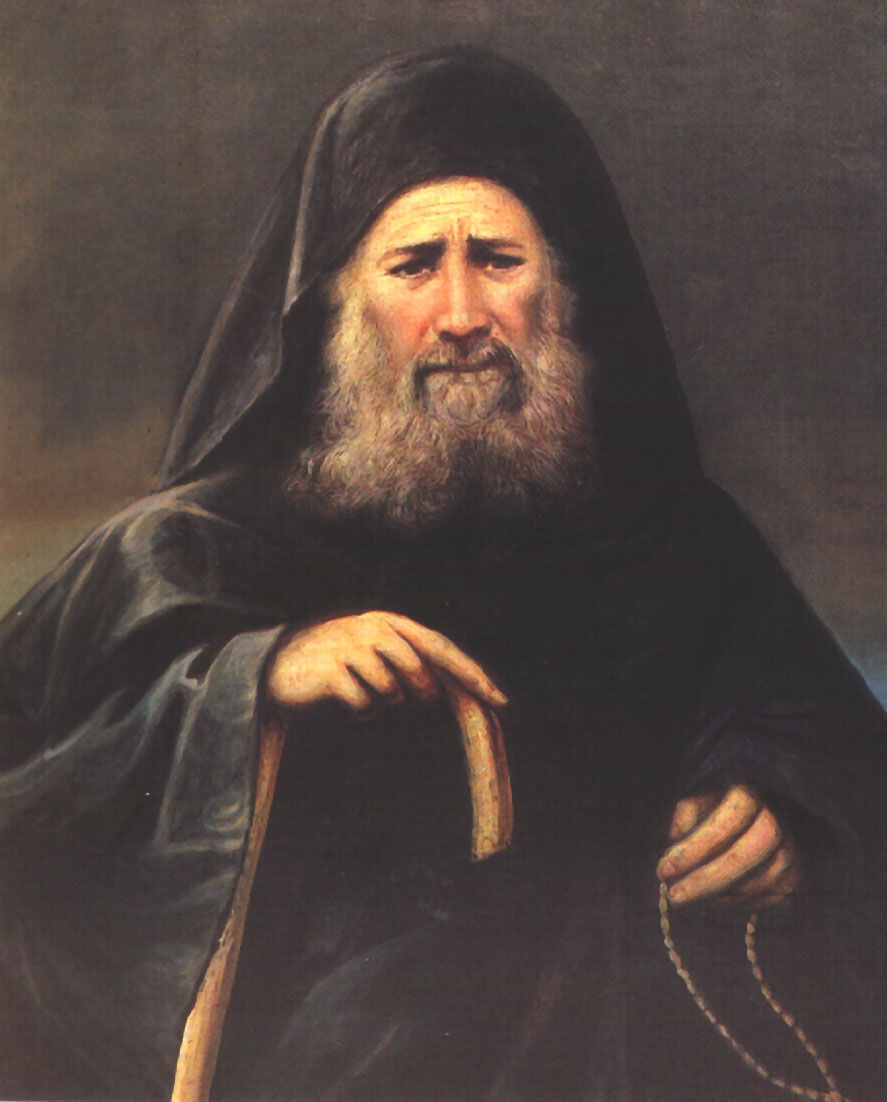 The blessed elder Joseph the Hesychast is one of the most important figures of contemporary Athonite monasticism. This monk is sanctified. His life is truly that of a contemporary saint and his disciples have today inhabited nearly half of the Holy Mountain and are responsible for so many other women’s monasteries both within and outside of the Greek land.It is said today by a pious mouth, which speaks the language of the Holy Spirit, that today’s blessed renewal of the Holy Mountain is primarily the common work of Elder Sophrony, elder of the Monastery of the Forerunner in Essex, with his excellent book concerning St. Silouan the Athonite, Elder Paisios the ascetic with his blessed presence of the Holy Land, and the disciples of the blessed Elder Joseph the Hesychast. The tree is known by its fruits.

We firmly believe that the return of Athos to interiority and prayer and generally to Hesychast Theology is due largely to the presence of the sanctified Elder Joseph the Hesychast. As you will know from all that has circulated up to now about the blessed Elder Joseph, he was a man who did not possess the skill of worldly things, was not even a beginner among them. He studied to the second grade. And it is easy to see this if you look at a copy of one of his handwritten letters. But as a possessor of the fullness of divine grace, having achieved by full enlightenment of his grace-filled mind to ascend to the highest steps of Theology and become a perfected theologian. For we know that a theologian is not one who has studied in the modern Theological Schools but one in whom speaks God the Logos. Theology is a gift of the Holy Spirit. The blessed elder wrote concerning this, «When in obedience and stillness one purifies the senses and calms the mind and cleanses the heart, then he receives grace and enlightenment of knowledge. He becomes all nous, all clarity, and filled with theology such that if three were writing they could not keep up with the flow. He spreads peace and complete inactivity of the passions throughout the body.»

Theology according to the venerable Elder and generally in the Holy Fathers is a fruit of the divine Grace within us. Therefore the Holy Fathers view the monasteries of the desert as universities. The letters of the venerable Elder are true theological essays but are written without the canons of syntax and orthography. Searching the letters of the blessed Elder Joseph, anyone can well comprehend the great grace with which this perfected Athonite monk sent them. All the more so we who are his spiritual descendants and have the further fortune to have among us our Elder. He was among the spiritual children of the ever-memorable Elder and very often brings up something spiritual concerning his elder, Elder Joseph the Hesychast.

Thus, for all our baseness, we experience this situation and we know personally the great blessing it is to receive directly the experience and skill of the Orthodox life. When our Elder narrates something to us of his spiritual father, our «papou» as we call him, that is for us a great blessing, a spiritual harmony; it is a joy and happiness.

When one receives first hand the experience of the Holy Spirit, he senses in an intense manner that the Gospel is not something that happened «at that time» but is a continuous life, in which is confirmed that «Jesus Christ is the same, yesterday, today and to the ages.»

As one studies the correspondence of the blessed Elder Joseph, the first thing noticed is his desire, his nostalgia, his pure wish to tell his fellow man to concern himself with the prayer of Jesus. Because when he came to Athos, he set as his aim to live like the old ascetics as he had read in the book of that day, Kalokairini, containing the Lives of the Saints.

The whole of the venerable Elder’s life was his continual meditation in the Prayer of Jesus. He tried to apply the command of Paul, «pray without ceasing».

Every evening he had as his rule to occupy himself with the prayer of Jesus unwaveringly for six continuous hours. He left this precise method in one of his letters. «I knew a brother, who for six hours brought his mind down into his heart and did not permit it to go out from the ninth hour of the afternoon (about 3 pm) until the third hour of the night (about nine pm). He had a clock that struck the hours. And he became drenched in sweat. When he got up, he worked out the remainder of his debt.» This manner of spiritual work, learned from the Fathers, shows great mental strength and a high spiritual condition. For it is truly rare, especially in our days, to find a mind that can pray unwaveringly for such a long time. The blessed Elder said that to accomplish such a great spiritual feat a person must compel himself in prayer and he emphasized: «Say the prayer all the time. don’t rest your mouth at all. Thus it will become habitual in you and the mind will receive it.»

The Hesychast Elder is one of the contemporary Athonite Elders who taught the details of the practice of noetic prayer, not only to monastics but also to the laity. According to the Elder, all people, without reference to their way of life, wherever they find themselves, and whatever they do, can undertake noetic prayer. The blessed elder wrote concerning this, «The practice of noetic prayer is to constrain yourself to say continually the prayer unceasingly with the mouth. Attend only to the words «Lord Jesus Christ, have mercy on me» and you will experience sweetness as if you had honey in your mouth.»

One who wants to practice noetic prayer systematically should not wait for particular moments which he sets aside for the prayer. The sanctified Elder, as a teacher of prayer, emphasizes: «Always say the prayer: sitting or in your bed or walking or standing. ‘Pray without ceasing, give thanks in all things,’ says the Apostle. You should not only pray when you lie down. It wants struggle: standing, sitting. When you tire, sit down, and then stand again. If you eat or work, don’t stop the prayer.»

The prayer, according to the blessed Elder, is the breath of life for the soul. And he advised concerning it: «Let ‘Lord Jesus Christ, have mercy on me’ be as your breath.» (Presuppositions of the Prayer: The Warfare of the Devil in this Work) Therefore, great are the gifts, great the consolation, outstanding the sweetness, indescribable the happiness, inexpressible the joy, deep the peace, infinite the love which are received on account of the prayer of Jesus.

The chief message of the Holy Mountain to the pious people of God is: As much as you can, say the prayer. Whatever we say, whatever we explain, is incapable by words to express the depth and breadth of the good results of the prayer of Jesus. To whom is due all glory, honor and worship to the ages. Amen!