VatopaidiFriend: Rev. Fathers, dear brothers in Christ, The main aim of the contributors of the www.diakonima.gr is to work for the worldwide unity of the One Holy Catholic and Apostolic Church, namely Orthodoxy. Any texts concerning the Orthodox spiritual life, any news about Orthodoxy or other relevant information is welcomed. Our aim is to publish and/or republish Orthodox information from all Patriarchates and all jurisdictions that are in communion with the One Holy Catholic and Apostolic Church. Within this context, we avoid to interfere with church politics. In some cases the latter has more to do with human errors than with divine illumination. Human errors are to be corrected with spirit of love in Christ and humility. We support all Orthodox Patriarchates (Constantinople, Jerusalem, Antioch, Alexandria, Moscow, e.t.c.) and all Orthodox jurisdictions. However, we always keep in mind that as the Ecumenical conventions have decided, the primary (among equals) patriarchate is the one in Constantinople. For this reasons we decided to republish the letter of His Eminence Metropolitan Gerasimos of San Francisco. 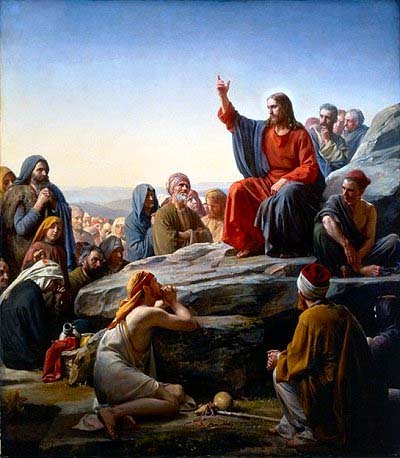 Blessed are you when they revile and persecute you,
and say all kinds of evil against you falsely for my sake.
Rejoice and be exceedingly glad, for great is your reward
in heaven, for so they persecuted the prophets who were before you (Matthew 5:11-12).

The Church of Constantinople, tracing her apostolic roots back to St. Andrew the First Called of the Apostles, continues to preserve the integrity and sanctity of our Christian Orthodox Church. The apostolicity of the Throne of Constantinople is further acknowledged by the historical fact that the Apostle and Evangelist John preached in Asia Minor.

For over 2000 years, faithful Orthodox Christians have kept the Church in Constantinople alive. This is especially true of the last 556 years, since the fall of Constantinople to the Ottomans. Each day the faithful of the Ecumenical Throne, both clergy and laity, live their lives witnessing to our precious Faith in a Muslim world. Their world is one of sacrifice and persecution that comes from outside the Church.

Recently, we have been saddened by a homily given by Metropolitan Jonah of the Orthodox Church in America (formerly known as the Russian Metropolia). In his speech, Metropolitan Jonah attacks the Ecumenical Patriarchate and, in reality, all the ancient Patriarchates, calling them “Old World.” The Metropolitan ignores the canonical and ecclesiological understanding of that which is recognized in the diptychs of all canonical Orthodox Churches, namely, that the Ecumenical Patriarch is the first to be commemorated.

Whether Metropolitan Jonah realized it or not, his words were an attack on the apostolic succession, which is derived through the ancient Patriarchates.

The 28th canon of the Fourth Ecumenical Council, which convened in Chalcedon, not only affirmed, but completed that which had been understood by the Second Ecumenical
Council, namely, that the Ecumenical Throne was granted “equal privileges as those of the Church of Rome.” To this day, for example, only the Ecumenical Patriarchate possesses the ecclesiastical authority to act judicially in the appeal process regarding clergy outside its jurisdiction (Canons 9 and 17).

Moreover, the spiritual authority of the Ecumenical Patriarch is not “papal” in its expression, spiritually or administratively. To say so is an argument without understanding of Christian Orthodox ecclesiology. One must remember that the Ecumenical Throne has jurisdiction over the Church in many countries throughout the world. Along with the land of modern-day Turkey, the Patriarch of Constantinople oversees the work of the Holy Gospel in Northern Greece, Mt. Athos, the Islands of the Dodecanese, Crete, Australia, Great Britain, Western Europe, Southeast Asia, Albania, Carpatho-Russia, and the Western Hemisphere (especially among the Greek Orthodox and the Ukrainian Orthodox Churches). There may be contention from other jurisdictions challenging the responsibilities of the Ecumenical Throne-although these responsibilities are supported in Canon Law-but it supports the same pretext of the Turkish government.

Metropolitan Jonah, despite a weak attempt to reinterpret his statements, has shown us that the Ecumenical Patriarchate must now concern itself not only with attacks by those outside the Church, but also from within the Church, as well. It seems that the Metropolitan has ignored the fact that today’s world is moving towards globalization in every aspect of life, as evident in our ability to communicate with one another instantly.

I appeal to Metropolitan Jonah to reconsider his position, especially during this holy season, as we celebrate the Lord’s Resurrection, and come forth with a sincere apology to our Mother Church of Constantinople.

I beseech all God-loving Orthodox Christians to realize that we are all the One, Holy, Catholic and Apostolic Church. This unity is expressed by the truth that we all partake of the precious Body and Blood of our Lord God and Savior Jesus Christ. As a Eucharistic community, we offer the prayer of the Holy Anaphora during the Divine Liturgy of St. Basil the Great, “…unite us all to one another who become partakers of the one Bread and the Cup in the communion of the one Holy Spirit. Grant that none of us may partake of the holy Body and Blood of your Christ to judgment or condemnation, but that we may find mercy and grace with all the saints, who through the ages have pleased You: forefathers, fathers, patriarchs, prophets, apostles, preachers, evangelists, martyrs, confessors, teachers, and every righteous spirit made perfect in faith.”

With Love in the Risen Lord,