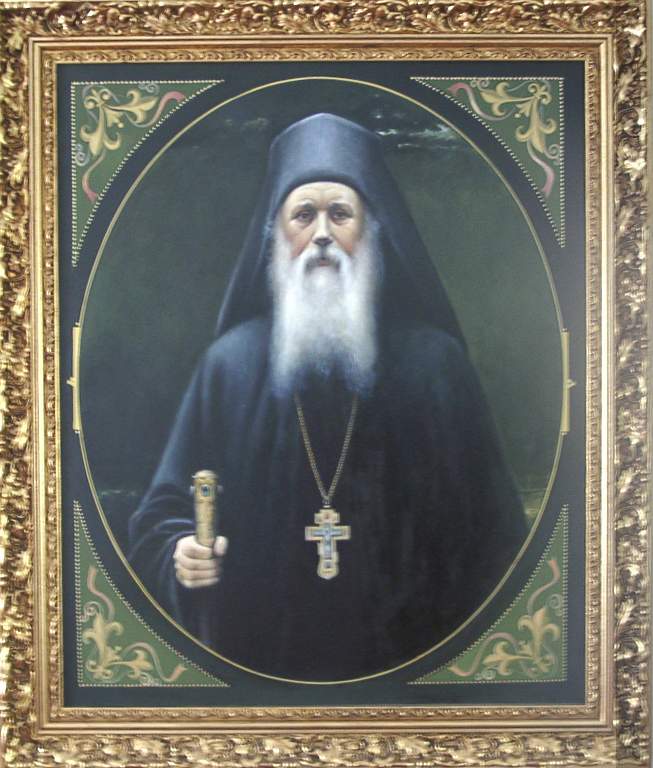 The Abbot of the Monastery of Lepavina

The Archimandrite Gabriel (Vuckovic) entered the monastery as a novice at the end of the April 1961. He was born on May 23/10, 1944 in the village Duboka, county Kucevo (near Pozarevac), from father Dusan and mother Dusanka. His name was Bora at birth. The first monastery where he went was Tuman, and then the Monastery of Rajnovac. He started monastic education at the Monastery of Preobrazenje.

He served the army from September 23, 1965 until March 11, 1967 in Skopje. After his return from the army, he transferred from the Diocese of Belgrade and Karlovac to the Diocese of Raska and Prizren. He entered the Brotherhood of the Monastery of Visoki Decani. He was ordained to the Hierodiacon by the Bishop of Raska and Prizren Pavle on the Saint Stephan of Decani Day in 1967. He stayed in the Monastery of Visoki Decani from March 21, 1967 until March 10, 1971. According to his personal request, he got the Canonical approval to transfer to the Monastery of Hilandar, Mountain Athos (Greece).

He came into the Monastery of Hilandar on March 12, 1971. The duties which were assigned to him were the Deacon and the prosphorar. Later on, he was assigned to the duty of the host, initially in the general office, and later as the host for all of the monastic guests.

He was ordained to the Hieromonk on January 26, 1980 on the Day of the Holy Martyrs Ermil and Stratonik. The Chirotony was performed by the Bishop of Rodostol Chrysostom, from Karea (Mountain Athos). Right after that, the Archimandrite Gabriel got the new duty as the Hieromonk in the Church. On the day of the Monastery’s Patron Saint (the Entry in the Temple of the Most Holy Theotokos) he was ordained to the Schemamonk with the same name Gabriel during the Vigil. The ordinance was performed by the Bishop of Zvornik and Tuzla Basil (Kachavenda) with the attendance of his spiritual father, Abbot Nikanor. With the blessing of the Monastery of Hilandar, he stayed among Greeks with the Elder Kiril in the Saint Nicolai Belozersk cell from March 1983 until March 1984.

With the blessing of his spiritual father, Abbot Nikanor and according to his personal request, he obtained the general canonical approval to return to Serbia. In the Monastery Banja near Risanj he spent one month. In Boka Kotorska he spent three months with the Protopresbyter Momo Krivokapic. In August 1984 he was accepted to the Diocese of Zagreb and Ljubljana. On August 17, 1994 he became the Abbot of the Monastery of Lepavina. His Eminence Metropolitan of Zagreb, Ljubljana, and the entire Italy Jovan ordained him to the rank of the Archimandrite during the Divine Liturgy on the day of Dormition of the Most Holy Theotokos in 1994.