WHAT TO DO ABOUT A BAD PRIEST (by St. Theophan the Recluse)

WHAT TO DO ABOUT A BAD PRIEST (by St. Theophan the Recluse) 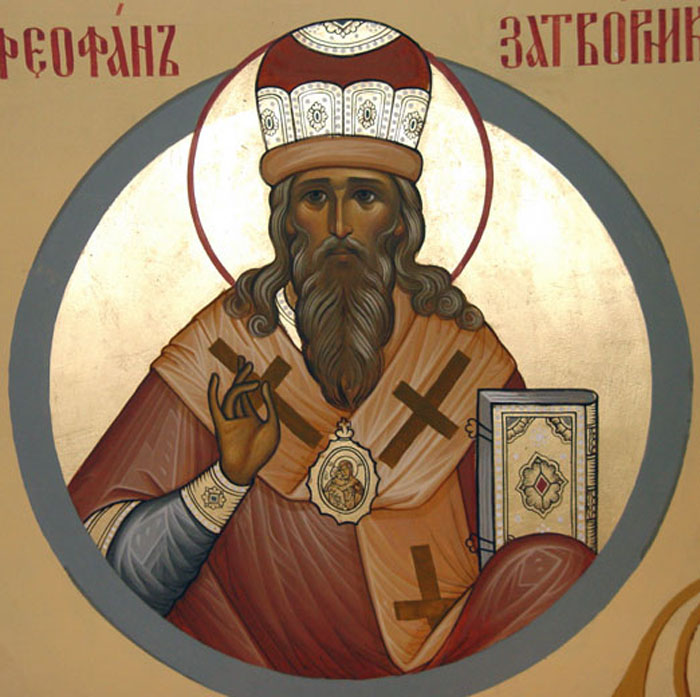 From The Letters of St. Theophan the Recluse

Question: “We had a good priest; but he was transferred to another parish. In his place came another, who is a grief to the soul. In his serving the services, he is careless and hurried; when conversations occur, he talks only about trivial things; if he starts to talk about the things of God, then it is all with a kind of limitation and truncation of the strict truth. How is one to escape from such a temptation?”

Answer: You yourselves are at fault. You made poor use of the good priest, and the Lord took him away. Tell me, did you become better from your previous good priest? Here you falter to say, “Yes.” But I from a distance shall say that you did not become better, judging by the fact that you are judging the new priest, not knowing how to control your feelings in relation to him as you should. Indeed, you had a good priest even before this good priest who has now departed from you, and the one before him was good too. You see how many good priests the Lord has sent you; but you all have not become any better for it. And here He has decided: why waste good priests on these people? I’ll send them one not so good. And He did. Seeing this, you should have at once paid attention to yourself, to repent and improve, but you just judge and keep judging over and over again. Improve yourselves, and then the priest will at once be changed. He will think: “With these people I cannot carry out my holy work carelessly; I must serve reverently and conduct edifying conversations.” And he will mend his ways. If priests are negligent and hurried in serving the services and are trivial in conversations, then most of the time it comes from conforming to the parishioners.

Saying this, I am not justifying the priest. He has no excuse, if he tempts the souls entrusted to him not only with action against the ustav but even unwise action according to the ustav. But I say only what is more useful for you to do in the given case. And the most important thing I have already said: do not judge, but pay attention to yourselves and improve yourself both in prayer and in conversation, and in all your behavior. Pray for this with all your heart, that the Lord will correct the priest. And He will correct him. Only pray properly. The Lord said, that if two agree about anything and will begin to pray, then they will have their request (Matt. 18:19). So all you right-thinking parishioners gather together and decide to pray for the priest; join fasting to your prayer and redouble your almsgiving; and do this not just for a day or two, but for weeks, months, a year. Labor and afflict yourself with brokenness so long as the priest has not changed. And he will change; be certain that he will.

I recently heard about a similar podvig and its fruit. One old woman, a simple peasant, a deeply pious woman, noticed that someone she respected had begun to depart some from his customary strictness of life, and she began to be sick at heart for him. She came home, locked herself in her hut, and began to pray after she had said to the Lord: “I will not leave this place, or taste a crumb of bread, or drink a drop of water, or give my eyes a minute of sleep until Thou hearest me, O Lord, and hast turned this person back to his former ways.” She did just as she had decided: she labored in prayer and afflicted her-self with broken-hearted tears importuning the Lord to hear her. Already she had become fatigued, already her strength had begun to leave her; but she all over again prayed: “Though I die, I will not give this up until the Lord hears me.” And He did. The confirmation came to her that this man for whom she was praying had again begun to keep himself as of old. She ran to have a look, saw that it was so, and broke into rejoicing. Her grateful tears had no end. And so this is the kind of prayer you are to establish—although not such in form, because, perhaps, for you it would not be suitable to do as she did—but such in zeal, self-sacrifice, and persistence. And undoubtedly you will receive what you desire. If you will some-times say, “Grant, Lord, that He may become good” only in passing, whether at home, or in church, or during conversations, then what sort of fruit is to be expected from such prayer? For this is not prayer, but words only.

I have said the main thing to you. I should add still one thing more; but it is the sort thing that is most difficult to carry out in such a way that it achieves its aim. Here is what I think! It may be possible for you who are right-thinking and respected to come to the priest and ask him to change in his actions that which incites you and leads you into temptation. To do this—there is nothing simpler; but to do it in such a way that it bears fruit is difficult in the extreme. Every-thing must breathe with the most sincere and zealous love—not only the content of what you say, but even your glance, and expression, and tone of voice. Then it may be hoped that this will achieve its aim. But without this love, it is better not to undertake such a step: it will come out worse, produce the most sorrowful discord. One could, perhaps, write everything to him in like manner, but, again, the whole matter must be carried off in the spirit of all-conquering love. It is also as possible to spoil the whole matter by this means just as it is by personally appearing to the priest. This is why I am not unconditionally decided to recommend this approach. I know, that it may be crowned with success, but the main thing is proper execution. Many good people will be found to come to the priest or to write him without seeing him and to express everything in the most polite manner, but for success, something other than gentleness is needed. Gentleness without love is a wounding sting. I know that in other places they act in this way and then boast: “We have done our part!” But I shall say, that it had been better had they not done it.

I shall not say anything more to you about this—maybe just one thing more: be patient. There are still other legal means; but they are not my field, and I shall be silent about them.

Source: Orthodoxy and the World