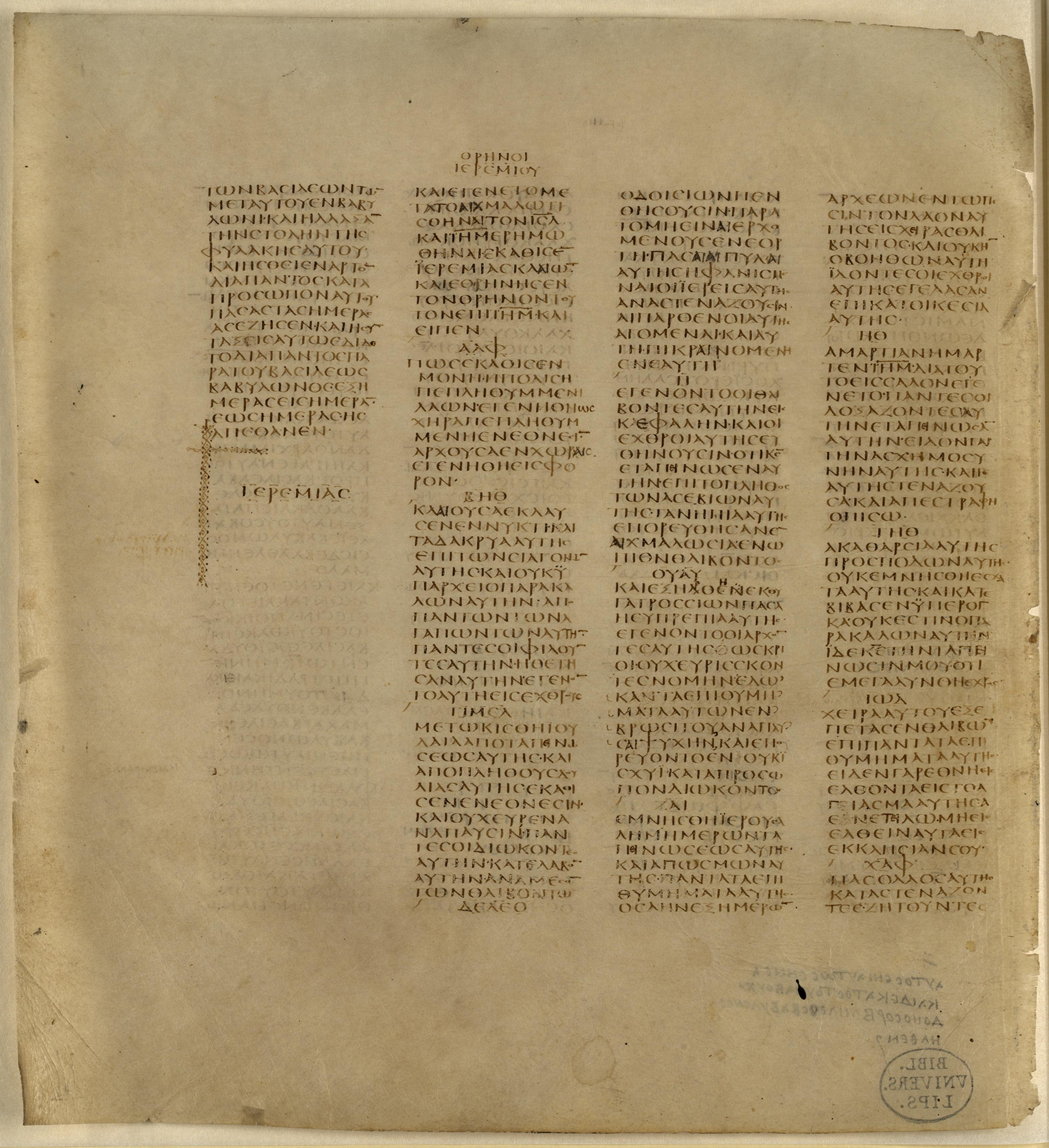 A page of Codex Sinaiticus.

About 800 pages of the earliest surviving Christian Bible have been recovered and put on the internet.

Visitors to the website www.codexsinaiticus.org can now see images of more than half the 1,600-year-old Codex Sinaiticus manuscript.

Fragments of the 4th Century document – written in Greek on parchment leaves – have been worked on by institutions in the UK, Germany, Egypt and Russia.

Experts say it is «a window into the development of early Christianity».

Dr Scot McKendrick, head of Western manuscripts at the British Library, said the wide availability of the document presented many research opportunities.

«The Codex Sinaiticus is one of the world’s greatest written treasures,» he said.

«This 1,600-year-old manuscript offers a window into the development of early Christianity and first-hand evidence of how the text of the Bible was transmitted from generation to generation.

«The availability of the virtual manuscript for study by scholars around the world creates opportunities for collaborative research that would not have been possible just a few years ago.»

The original version contained about 1,460 pages – each measuring 40cm by 35cm, he added. 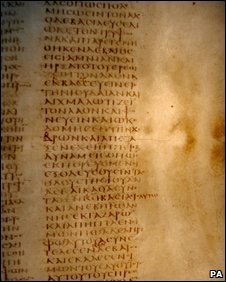 The British Library is marking the online launch of the manuscript with an exhibition – which includes a range of historic items and artefacts linked to the document.

For 1,500 years, the Codex Sinaiticus lay undisturbed in a Sinai monastery until it was found in 1844 and split between Egypt, Russia, Germany and Britain.

It is thought to have survived because the desert air was ideal for preservation and because the monastery, on a Christian island in a Muslim sea, remained untouched, its walls unconquered.

The institutions’ painstaking work can now be seen at www.codexsinaiticus.org.