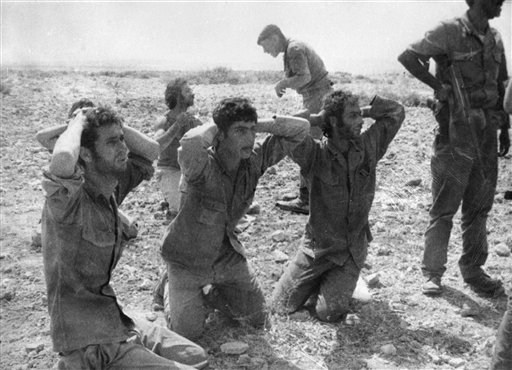 For 35 years the story of these five Cypriot solders, (picture in the link above) immortalized in this 1974 photo taken during the illegal Turkish invasion of Cyprus, has been the same as thousands of other missing Cypriots. An entire generation has grown up wondering, as has their relatives, what happen to these young men after they surrendered to Turkish forces? What type of horrors awaited them after this photo was taken? At last that question has finally been answered, as officials with the United Nations led Committee on Missing Persons announced today, that the five solders as well as 14 others Cypriots were found in an abandoned well near the village of Tziaos, inside Occupied Cyprus. The bodies had been exhumed sometime in 2006, and have finally been identified.

This recent news story only adds validity to Cypriot claims that war crimes had been committed during the illegal Turkish invasion, which Turks continue to claim was a ‘peace operation’. Who knew cold-blooded murder was acceptable practice in a ‘peace operation’. As long as the murderers of innocent Cypriots are allow to cling to the belief that their puppet state has the authority to negotiate with the true legitimate government of Cyprus, peace and justice will never come to the birthplace of Aphrodite.