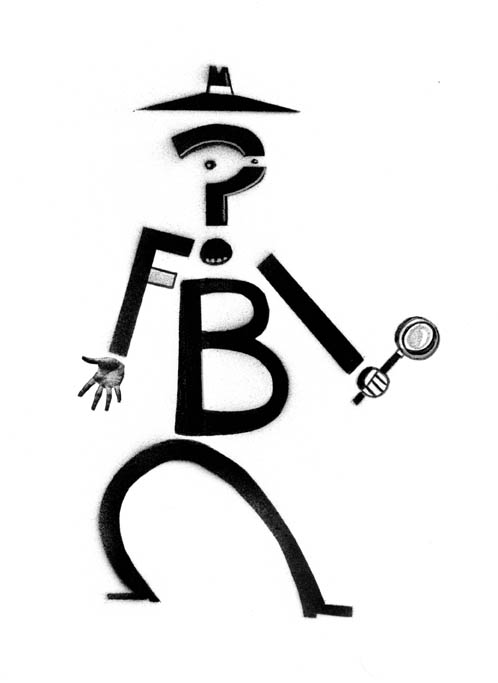 WASHINGTON—Less than 72 hours ago, former FBI translator Sibel Edmonds testified under oath about shocking details connecting the Turkish government to an intricate network of individuals and organization that bribed, persuaded, and—at least in one case—blackmailed U.S. lawmakers and government officials. Corruption. Espionage. Bribery. All to ensure that the U.S. does not recognize the Armenian Genocide ever again.

For years, the Turkish government and its representatives here in the United States have stopped at nothing to fight the recognition of the Armenian Genocide. This far-reaching campaign of denial and cover-up stretches from well-funded efforts to block education about the Armenian Genocide to ensuring that the American media does not address or acknowledge the genocide as a historic fact.

The Turkish government and Turkish lobby have for years pressured the local, state, and federal governments, and the American and global media to rewrite American, Ottoman, Turkish, and world histories so that they exclude the Armenian Genocide.

But only now are we beginning to understand exactly how far the government of Turkey, and its agents and proxies, were willing to go to undermine the Armenian case.

The FBI hired linguist Sibel Edmonds as a translator after 9-11. But she was fired less than a year later after reporting the illegal activities of Turkish citizens being covered up by her bosses. Edmonds has been bravely battling the legal system for years for the opportunity to tell her story. On Sat., Aug. 8, Edmonds was able to speak freely thanks to David Krikorian, an Armenian American who is running for a Congressional seat in Ohio.

“Ms. Edmonds is a very credible witness,” said Krikorian, “and she has direct information pertaining to how, when she was a member of the Department of Justice, she uncovered relationships between the government of Turkey and U.S. officials…where the government of Turkey was pushing its agenda on U.S. officials…in what people many people believe to be an illegal way.”

David Krikorian is the Democratic candidate in the 2010 elections for Ohio’s 2nd Congressional district. The seat is now held by Republican Jean Schmidt, who was the largest recipient of money from the Turkish lobby in the 2008 elections. Schmidt also fought the Armenian Genocide Resolution.

When Schmidt’s challenger, David Krikorian, pointed out that she was receiving blood money from Turks for helping deny the Armenian Genocide, Schmidt complained to the Ohio Elections Commission. Representing Schmidt and the Turkish American Defense Fund at the deposition on Aug. 8 was none other than Bruce Fein, the attorney and longtime voice of the Turkish lobby.

According to Krikorian, the Turkish lobby was interested in Sibel Edmonds’ testimony on Aug. 8 because she’d be linking bribes accepted by U.S. lawmakers to the Turkish campaign of denial.

“I think they’re concerned because this exposes their campaign of denial regarding the Armenian Genocide,” said Krikorian, “and how they’ve been able to buy off certain members of the U.S. Congress in support of the Turkish government’s position on this issue. So they have an interest.”

Bruce Fein claims that Edmond’s testimony has no relevance in Schmidt’s case against David Krikorian.

We asked Fein about Krikorian’s First Amendment rights of freedom of speech and the right to talk openly about his opponent’s opposition to the Armenian Genocide Resolution.

“We totally support his right to state anything he wants about the Armenian Genocide,” said Fein. “What you’re not entitled to do under the first amendment as interpreted by the U.S. Supreme Court, who we think is the authoritative interpreter, is knowing state lies, and what we have alleged, and what we have to prove, and we understand and accept it, is that Mr. Krikorian knowingly and intentionally told lies about Jean Schmidt including she received money from the Turkish government, and we fully expect we will discharge that burden and we agree that we ought to be able to. We must be shouldered with that burden in order to protect free speech. We don’t want close anybody’s mouth when it comes to arguing one way or another about the Armenian Genocide.”

Fein and the Turkish Defense Fund are, however, trying to stop Krikorian from speaking the truth. Schmidt did receive huge sums of contributions from the Turkish lobby. And Sibel Edmonds says that the same lobby bribed public officials to enforce the Turkish agenda in the United States.

The government has tried to gag Edmonds and has sent threatening letters to stop this type of talk about corruption inside the FBI, the State Department, the Department of Justice, and in the halls of Congress.

“I am able to talk about the kind of information they used to retaliate against whistle blowers, to gag people, to issue states secrets privilege, or to use the excuse of classification,” said Edmonds. “Nothing that has to do with national security but to cover up criminal activities, embarrassing information. And today that is happening, and this is the biggest significance. It’s very significant. I believe Mr. Krikorian is a very brave and courageous person to push this and bring it to this point. He’s actually serving the interest of United States citizens, and not only those in Cincinnati, Ohio, but everyone here in this country. So, we should be all thankful to him for providing us with this opportunity.”

During the deposition on Aug. 8, Edmonds talked in detail about the scandalous bribes accepted by then-Speaker of the House Dennis Hastert and former lawmakers Dick Gephardt and Stephen Solarz. She also spoke about the blackmailing of another un-named member of Congress—a married woman with children, who was lured into a homosexual affair by a female prostitute sent by the Turkish lobby. This Congresswoman was then blackmailed to abandon her support for the Armenian Genocide Resolution.

“It’s the Turkish government,” said Edmonds, “but also other entities and layers of these operations and some of these covert operations and the way they are done is completely illegal. I was able to discuss those in detail, and that information within the next couple of hours I hope will be available to the public, and the public will get a chance to decide for themselves and see what the government does to gag and quash necessary information like this and stamp it as classified. I think this may end up inflicting the best and the worst damage to arbitrarily, criminally done classifications, and let’s hope that it does.”

Sibel Edmonds says the allegations she made in an August 2005 Vanity Fair article were confirmed by several FBI agents and Department of Justice officials. The piece by Vanity Fair reporter David Rose said that Hastert was the recipient of various bribes. Edmonds says it is amazing that neither Hastert nor his attorneys reacted to the article. Hastert did not issue a denial to the allegations, but he resigned a year later. Now he is part of the Turkish government-orchestrated network that Vanity Fair says paid him the big bribes when he was the most powerful member of the House of Representatives. The most recent federal filings show that Hastert, one of several registered foreign agents for Turkey, now receives $35,000 a month to push the Turkish government’s agenda on Capitol Hill.

How deep do these corrupt Turkish operations go? Vanity Fair reported that the FBI began investigating Turkish citizens living in the U.S. in the late 1990’s, and they found evidence of attempts to bribe U.S. officials. However, as Edmonds says, the government has used the phrase “state secrets” and security reasons to keep this information from the public and media.

Q: Is this part of the series of cases you’re opening up, whether it’s in Massachusetts or suing the Southern Poverty Law Center, to try to quash speech with regard to the Armenian Genocide?

BF: No, what we are trying to do is promote freedom of speech because what’s been done is that other organizations have accused various members who dispute their version of history of criminal activity of compromising scholarly integrity. It is they who are trying to suppress freedom of speech by intimidating, harassing, and calling criminal those individuals who happen to dispute their version of history.

Q: Would you then also support Holocaust denial entrance into the Massachusetts school system or pushing other publications like the Southern Poverty Center’s publication to talk about denial as well?

BF: What the Southern Poverty Law Center alleged is that various academics are receiving money from the government of Turkey to compromise their scholarship and we will not accept accusations that are knowingly false of that sort, period.