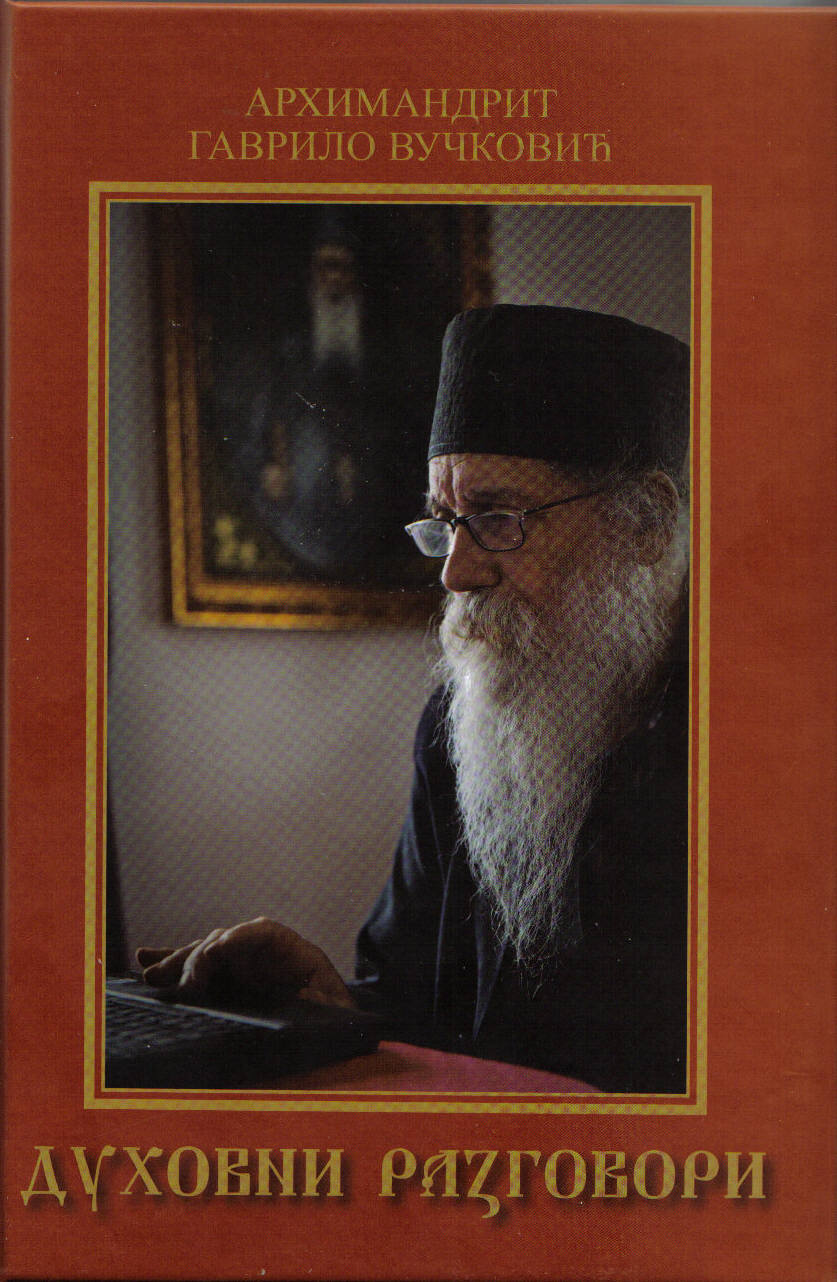 Question: the Lord’s ways are truly miraculous. It is miraculous how Father Gabriel got a computer, without knowing how to use it, then how he learned to use it flawlessly because sometimes it seems like he knows more then those who learn about computers in schools. After he mastered the technology, Father started the missionary work which branched out, and this way he induced happiness in many people who now could, from anywhere in the world, communicate with the Father. I think that communication via internet, love for the God, love for fellow beings, and spreading of the Word of God represent the exact and essential value of this book. How would you present this book to the people who did not have an opportunity to communicate with Father Gabriel via internet?

Answer: As far as I understand, as a spiritual child and as someone who met Father Gabriel, his spiritual work has always been very meaningful; it has been polyvalent, and one can always look at his work from many different angles. His work has always been founded in Christian deed and strictness in his personal life. So, in his life he testifies the strictness of norms, and now suddenly from that strictness, from that one source and an internal focus, comes out his effort which reflects itself in his work via internet.

And now, how would I present the book? I can first and foremost present it from my personal point of view, through my experiences. I was a kind of witness of the creation of this book, which emerged from Father Gabriel’s own life essence, and the things that surround him. The book is not built; it emerged spontaneously or in some miraculous way.My first contact was also via internet. As you can see in this book, in his conversations he often asks …how did you hear about me…about Skype….about the Holy Theotokos. My first experience and contact was the same. He said to me: “Happy name-day!” I did not know that it was my name-day; that was on October 11. And then he told me: “In Greek, Radomir is Hariton, and it means joy.” He asked me how I heard about the site, and suddenly I started to realize something. He asks very simple questions by using only few words, as it is evident in the book, and one feels that he reaches one’s soul.

Several times he allowed me to witness the communication via internet in his cell. At one point there are fifty people online, and Father seemed to be picking who to talk to by using of his spiritual apparatus, which emerged from fifty years of the monastic accomplishments; he said that he can not converse via five different channels at the same time. Through the conversations he extracts the core and, just like it happened to me, each one of them receives some essential question. Out of this surfaces the astonishment of the people who communicate with him, which is also evident in the book. So this happens due to some incredible spiritual strength, since he was practically a child when he went to the monastery leaving the world behind; at the same time he understands this world very well. One wonders how come that one monk, who is at the same time vestal, can see and understand these things, and give the right answers.

Question: Many people got answers to the essential questions via internet and through the conversation with Father Gabriel via Skype although they live close to the churches and monasteries. Father helped many families to restore the peace, and he teaches people how to confess and live Christian lives.

Answer: Today’s world is distracted. Some distractions in families, at work, and in schools worry people. And now, in some way through his intentional questions, Father direct us; it is a way of navigation through words via Skype, and through these words people get some type of impulse to get organized again.

Answer: As far as I know, they have been communicating via computer for years, and they met in the monastery only later. The energy that Father gives to brother Petar is enormous; Petar is always in some state of turmoil, and this is very interesting since there are constantly some dramatic plots.

Question: Young people will find this particularly interesting, because brother Petar has a great wish to do missionary work, and to install the Word of God into one’s heart. Often, there are a lot of girls surrounding him, to whom he talks about the God, and sometimes this leads to some confusion. Here is only one of many dialogues from the book…

B. Petar: Father, should I be concerned about the possibility that she fell in love with me?

B. Petar: Well then Father, so that means that I can help her.

F. Gabriel: Now you have to look at them as your spiritual sisters, and dismiss the sinful thoughts that surface. When they surface, immediately pray: Lord Jesus Christ, Son of God, have mercy on me the sinful soul.

B. Petar: Thank you, my Father; I think that some other spiritual adviser would scold me for something like this, but you obviously know me very well.