HOUSES OF CHRISTIANS IN ISTANBUL MARKED WITH RED AND GREEN LABELS

HOUSES OF CHRISTIANS IN ISTANBUL MARKED WITH RED AND GREEN LABELS 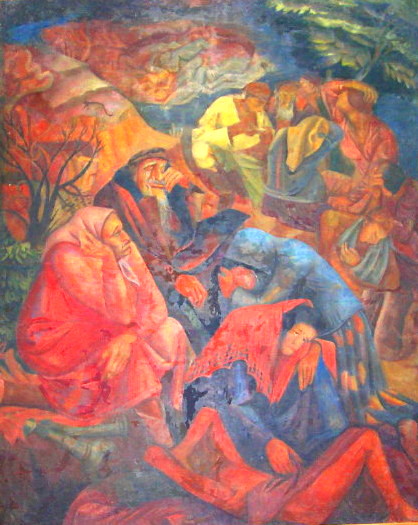 Christian houses in Ferikoy und Kurtulus, areas in Istanbul, where  many Armenians and Greeks live, were marked with red or green labels  in the past weeks.

Kurdish representatives in the Turkish parliament requested  clarification after Agos, Istanbul based Armenian newspaper, had  reported about the incident. It is still unclear who was behind the action.

Agos editor Aris Nalci confirmed to the Austrian news-source, Der  Standard, worried and mainly older members of the Armenian community  called the newspaper and reported about the fact of small red or  green papers hung on their houses. After Agos investigated, they noted that about 100 houses in which, not always but very often,  Armenians still live were plastered with these labels.

“We do not know what all this means,” Nalci said, but some people are  worried. Demands at the city administration and the police brought no results until now. “Nobody knows about it,” says Nalci. “It can be a bad joke; it can however also have a serious background,” said Nalci.

The indictment against the nationalist Ergenekon group is accused of having planned a coup against the government of Prime Minister Erdogan, including planned attacks on Armenians as a tool for targeted destabilization.

Agos newpaper and Sebahat Tuncel are now demanding that the police carry out an official investigation to reassure the people concerned. “They should publicly take a position,” said Nalci, “so we know what’s going on.”