THE SPIRITUAL STRUGGLE IN THE ORTHODOX TRADITION

THE SPIRITUAL STRUGGLE IN THE ORTHODOX TRADITION 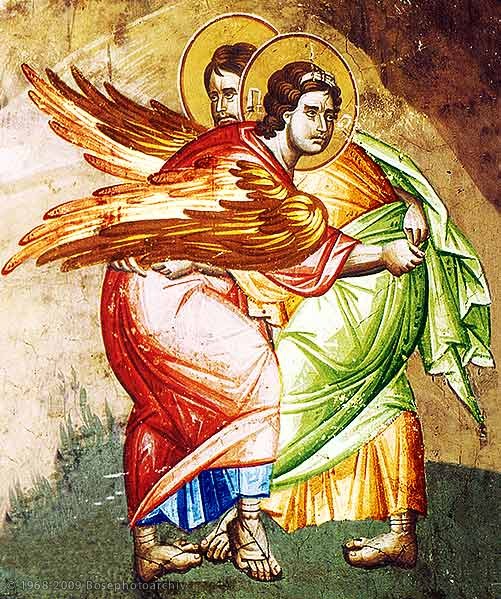 in collaboration with the Orthodox Churches

The 17th annual International Ecumenical Conference on Orthodox Spirituality will be held at the Bose Monastery on 9–12 September 2009. Organized in collaboration with the Orthodox Churches, the conference is an important occasion of discussion on fundamental themes of the spiritual life, those where the traditions of Christian East and Christian West intersect the deepest expectation of contemporary man.

This year’s theme, The spiritual struggle in the Orthodox tradition, touches the very center of a problem that is extremely relevant today: what prevents the human heart to love in freedom? How can the phantasms that inhabit it and condition the will be overcome? This is the art of the struggle against “evil thoughts”, as tradition defines those negative images, impulses, inclinations that disturb the “mind” by distracting it from the memory of God and pushing it into sin. To reread today the wisdom of the fathers means also to ask oneself a question still more radical, always present at the bottom of the transformation of modernity: What at its root is sin? What truly renders free or slave man’s conscience?

These questions will from the basis of the dialogue among theologians, scholars, and representatives, at the highest level, of the Orthodox Churches, the Catholic Church, and the Churches of the Reform.

The sessions will begin with an inaugural discourse by the prior of Bose, Enzo Bianchi, and a lecture by metropolitan Filaret of Minsk, patriarchal exarch of Belarus and president of the theological commission of the Patriarchate of Moscow, who will treat of the Biblical and theological foundations of the spiritual struggle. The final day will bring out its ecumenical importance and significance of modern man, in the talks of metropolitans Georges of Mount Lebanon of the Patriarchate of Antioch and Kallistos of Dioklea, delegate of the patriarch of Constantinople Bartholomeos I.

The four days of the conference, thus, hope to rediscover and render eloquent the practice of the spiritual struggle as it is interpreted in the tradition of the fathers and is lived today in the Orthodox Churches. It will thus be an occasion for examining the subject more closely and exchanging views in a fraternal spirit.

On the ecumenical plane especially significant is the presence of official delegations of the Churches of East and West.

As regard the Catholic Church, it is expected that cardinal Roger Etchegaray, vice-dean of the Sacred College, will be present; also archbishop Antonio Mennini, apostolic nuncio to the Russian Federation; mgr. Brian Farrell, secretary of the Pontifical Council for the promotion of Christian unity; fr. Milan Žust, S.J., of same Vatican department. Several bishops of the Bishops’ conference of Piedmont, among them its secretary, Arrigo Miglio, bishop of Ivrea, and Gabriele Mana, bishop of Biella and local ordinary, will speak during the sessions.

The Patriarchate of Moscow will be represented by bishop Amvrosij of Gatčina, rector of the Theological Academy of St Petersburg, who will head the official delegation, fr. Dimitrij Ageev and Aleksej Dikarev of the Department of external relations. Archbishop Zosima of Elista and Kalmykija and fr. Pavel Velikanov, representative of the rector of the Theological Academy of Moscow, will participate in the proceedings of the conference.

As the presence of numerous monks and nuns of Orthodox monasteries (Greece, Russia, Bulgaria, Romania, Mount Sinai, Georgia, Armenia), as well as from Catholic and Reformed (Belgium, France, Italy, Switzerland, Hungary) testifies, and as the scientific project of the conference intended, the Ecumenical Conferences on Orthodox spirituality wish to offer a space of brotherly encounter among the various Christian Churches, a space of communion and sharing of their multiform spiritual traditions.