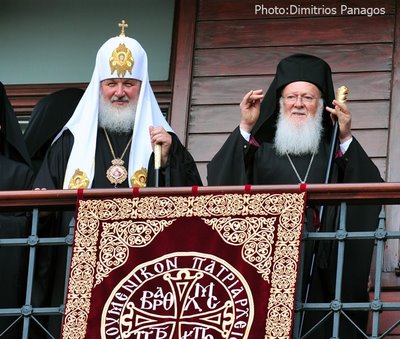 Moscow (AsiaNews / Agencies) – The Orthodox Patriarch of Moscow has urged the governments of Muslim majority states to respect Christian minorities.

Meeting ambassadors from 20 Arab States, September 4, Kirill said that » More attention to the needs of the Christian minority [in Islamic countries] would be an additional factor in the Christian-Muslim dialogue».

During the talks, held in the Cathedral of Christ the Savior in Moscow, the Patriarch also stressed the theme of reciprocity by stating that «Christian Orthodox churches in Arab lands the same as numerous mosques in Russia are a symbol of the friendship of Christians and Muslims, an indication of our intentions to live in friendship and mutual respect».

In recent years, several Arab countries have allowed the construction of Orthodox churches on their territory. At the same time, the Kremlin has recently redoubled efforts in relations with Islam. President Medvedev and Prime Minister Putin have repeatedly met with Muslim leaders and expressed the government’s intention to promote a new Russian way in which Islamic religion, which in the Federation has about 20 million followers, 16% of the population.

Patriarch Kirill said that «Islam in Russia is recognized as a traditional religion that has been present in this land throughout the history of Russia » In his speech he called » fidelity to tradition a way to draw the country closer to the Arab world» and the road to make Orthodoxy and Islam «allies in the battle against the challenges of globalization.»

In the meeting with the ambassadors Kirill also announced his intention to visit the Middle East in the next two years, in particular the Patriarchates of Alexandria, Antioch and Jerusalem, and in the framework of these visits to hold talks with secular and Muslim leaders of Egypt, Syria, Lebanon, Jordan and the Palestinian Administration «to discuss vital issues of mutual interest.»