“These Truths We Hold” (Part XXIV)

“These Truths We Hold” (Part XXIV) 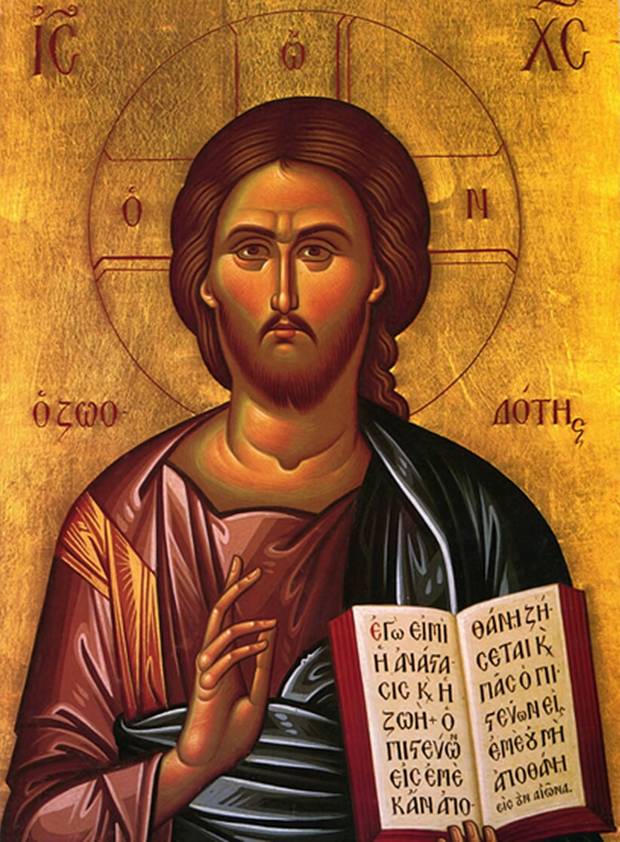 One of the distinctive characteristics of the Holy Orthodox Church is its changelessness, its loyalty to the past, its sense of living continuity with the ancient Church. This idea of living continuity may be summed up in one word: Tradition. As St. John of Damascus says, “We do not change the everlasting boundaries which our fathers have set, but we keep the Tradition, just as we received it” [On the Holy Icons, II, 12]. To an Orthodox Christian, Tradition means the Holy Bible; it means the Creed; it means the decrees of the Ecumenical Councils and the writings of the Fathers; it means the Canons, the Service Books, the Holy Icons, etc. In essence, it means the whole system of doctrine, ecclesiastical government, worship and art which Orthodoxy has arti-culated over the ages [Timothy Ware, The Orthodox Church, p.204].

We take special note that for the Orthodox, the Holy Bible forms apart of Holy Tradition, but does not lie outside of it. One would be in error to suppose that Scripture and Tradition are two separate and distinct sources of Christian Faith, as some do, since there is, in reality, only one source; and the Holy Bible exists and found its formulation within Tradition.

As Orthodox, however, while giving it due respect, we realize that not everything re-ceived from the past is of equal value. The Holy Scriptures, the Creed and the dogmatic and doc-trinal definitions of the Ecumenical Councils hold the primary place in Holy Tradition and cannot be discarded or revised. The other parts of Holy Tradition are not placed on an equal level, nor do they possess the same authority as the above. The decrees of the Councils since the Seventh Ecumenical Council (787) obviously do not stand on the same level as the Nicene Creed, nor do the writings of, for example, the Byzantine theologians, hold equal rank with St. John’s Gospel.

Here we must also distinguish between Tradition and traditions. At the Council of Car-thage in 257, one of the Bishops remarked, “The Lord said, I am Truth. He did not say, I am cus-tom” [The Opinions of the Bishops on the Baptizing of Heretics, 30]. Many traditions that have been handed down are merely cultural variations, theological or pious opinions, or simply plain mistakes. [One need only recall the whole problem of the reform of the Russian liturgical books under Patriarch Nikon and the ensuing Old Believer schism to see the truth of this.]

Our Lord tells us that when the Spirit of truth comes, He will guide you into all the truth (John 16:13) and this promise forms the basis of Orthodox respect for Holy Tradition. Thus, as Fr. Georges Florovsky expresses this idea: “Tradition is the witness of the Spirit; the Spirit’s un-ceasing revelation and preaching of good things…. To accept and understand Tradition we must live within the Church, we must be conscious of the grace-giving presence of the Lord in it; we must feel the breath of the Holy [Spirit] in it…. Tradition is not only a protective, conservative principle; it is, primarily, the principle of growth and regeneration…. Tradition is the constant abiding of the Spirit and not only the memory of words” [“Sobornost: the Catholicity of the Church,” in The Church of God, pp. 64-5].

The Symbol of Faith (The Creed).

The Creed, sung during the Divine Liturgy, is one of the most ancient prayers of the Or-thodox Church. It was composed, through the inspiration of the Holy Spirit, by the Fathers of the First and Second Ecumenical Councils (Nicea (325) and Constantinople (381), respectively), at a time when various heretical doctrines attempted to overthrow the true faith in the Trinity.

The main reason for the convening of the First Ecumenical Council was the appearance and growing strength of the false teaching of the Alexandrian priest, Arius. The basic theory of the Arians’ false teaching was that the Son of God was created — that His existence had a begin-ning.

The Second Ecumenical Council condemned the false teaching of the Pneumatomachi (Adversaries of the Spirit), whose chief representative was Macedonius, Archbishop of Constan-tinople. The Pneumatomachi called the Holy Spirit “the servant and fulfiller of God’s wishes” as well as other names that were fitting only for the angels, and they did not recognize Him as a Hypostasis (Person) of the Holy Trinity.

The Holy Orthodox Church made a decisive stand to protect the purity of the Orthodox teaching of the faith, setting out the basic saving truths of Christian teaching in the Creed, which is a constant guide for all Orthodox Christians in their spiritual life.

The Creed itself is divided into twelve parts, seven of which were formulated at the First Ecumenical Council, the other five at the Second.

(1) I believe in one God, the Father Almighty, Maker of heaven and earth, and of all things visible and invisible.

(2) And in one Lord Jesus Christ, the Son of God, the Only-begotten, begotten of the Fa-ther before all ages. Light of Light; True God of True God; begotten, not made; of one essence with the Father, by Whom all things were made;

(3) Who for us men and for our salvation came down from heaven, and was incarnate of the Holy Spirit and the Virgin Mary, and became man.

(4) And He was crucified for us under Pontius Pilate, and suffered, and was buried.

(5) And the third day He rose again, according to the Scriptures;

(6) And ascended into heaven, and sits at the right hand of the Father;

(7) And He shall come again with glory to judge the living and the dead; Whose Kingdom shall have no end.

(8) And in the Holy Spirit, the Lord, the Giver of Life, Who proceeds from the Father; Who with the Father and the Son together is worshipped and glorified; Who spoke by the prophets.

(9) In one Holy, Catholic, and Apostolic Church.

(10) I acknowledge one Baptism for the remission of sins.

(11) I look for the resurrection of the dead;

Concerning God’s Essence and the Creation of the World.

By His Omnipotent Word He brought into being from non-being both the invisible and the visible world (Gen. 1:1). In the first place He created the Kingdom of His eternal glory, giv-ing life to the most pure spirits, the angels (Job 38:6,7). At first all the angels were holy. Some of them, firmly established in holiness, love and striving after goodness, glorify God continuously (Ps. 103:20; Is. 6:3), and carry out God’s commandments. Each Christian believer is given a Guardian Angel at Baptism. Other angels, who did not stand firm in goodness, sinned before God (Jude 1:6) and, remaining in evil, strive to subjugate men, too, to sin (2 Thess. 2:9), in order to drag them down to the same fate which they themselves suffer (Matt. 25:41).The leader of the fallen angels is called the Devil or Satan (The Adversary; John 8:44).

After He had created the incorporeal beings, the Triune God with His Words “Let there be…” created the whole visible world out of nothing (ex-nihilo) in six days — that is, all the host of heaven, the earth on which we live and all that surrounds the earth — and finished His work of creation by creating man (Gen. 1:3-28), from whom proceeded the whole human race (Acts 17:26). The first man, created sinless by God’s grace (Eccles. 7:29), was not only like unto the angels of God, but he was also made in the Image and Likeness of God (Gen. 1:26) from the moment of his creation — that is to say, he possessed pure wisdom (Gen. 2:20,23), his will was directed towards doing good (Eph. 4:24) and his heart in the righteousness and holiness of truth burned with pure love for the One God, while his conscience was untroubled and at peace. When our first parents were like this, all the creatures which surrounded them were submissive and served them (Gen. 1:26), and the very place of their habitation was called Paradise (Gen. 2:8). The first man kept God’s commandment and lived in constant joy and blessedness.