“These Truths We Hold” (Part XXXIV)

“These Truths We Hold” (Part XXXIV) 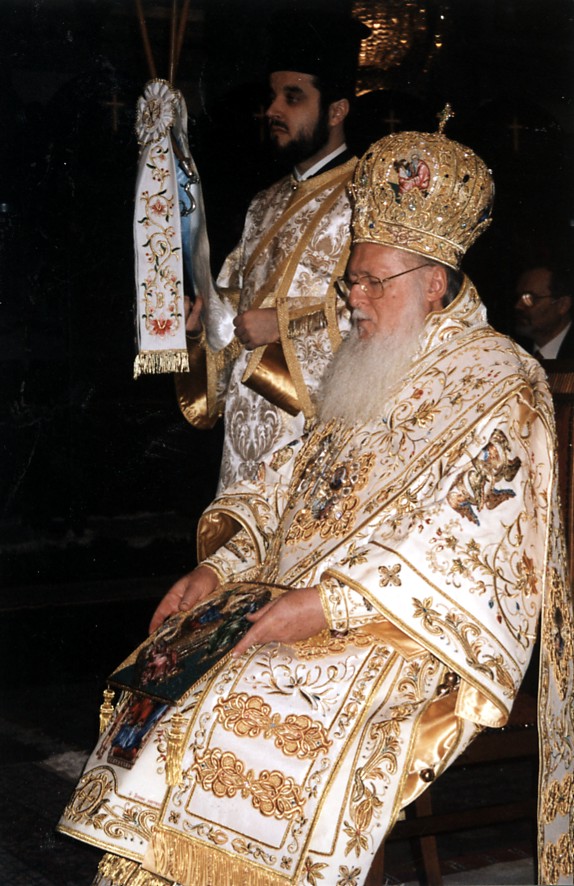 In the Orthodox Church there are to be found three “Major Orders”-Bishop. Priest and Deacon — and two “Minor Orders” — Subdeacon and Reader (although in ancient times there were other “Minor Orders” which have now fallen into disuse). The Holy Apostles appointed seven men (Church Tradition calls them “Deacons”) to perform a special serving ministry (Acts 6:2-6) and in his first Letter to the Corinthians, St. Paul speaks of various ministries in the Church (1 Cor. 12:28). Likewise, he addresses his Letter to the Philippians, To all the saints in Christ Jesus who are at Philip pi, with the bishops and deacons (Phil. 1:1). In his first Letter to Timothy, the Holy Apostle also speaks of the qualifications of Bishops and Deacons (1 Tim. 3:1-13), as well as in his Letter to Titus (1.5-9).

Ordinations to the “Major Orders” always occur during the course of the Divine Liturgy, whereas those to the “Minor Orders” usually take place during the Hours preceding the Liturgy. Only the Bishop has the power to ordain (although in cases of necessity an Archimandrite or Archpriest, as representative of the Bishop, may be granted permission to ordain a Reader). Be-cause of the collegial nature of the episcopacy, a college of Bishops (at least two or three) are necessary to consecrate another Bishop. And since any ordination requires the consent of the whole people of God, at a particular point in the Service the assembled congregation proclaims Axios! (He is worthy!), showing their assent.

The rite of consecration to the episcopacy is very solemn and the Bishop is ordained in the Sanctuary, in the midst of the Congregation before the singing of the Trisagion (Holy God]. Thus the reading of the Holy Gospel is done already with his blessing.

The Priest is ordained after the singing of the Cherubic Hymn before the sanctification of the Holy Gifts. The rite of ordination to the Deaconate is less solemn and takes place before the singing of the Lord’s Prayer, when the sanctification of the Holy Gifts has already taken place, since the Deacon only assists at the performance of the Sacraments and does not perform them. At the conclusion of the Liturgy the Priest goes out to the people in order to read the Prayer Be-fore the Ambo and the Deacon to say the final litany, these actions being the first external signs of their ministry.

Orthodox Priests and Deacons are divided into two distinct groups — the married (white or parochial) clergy and the monastic (or black) clergy. The monastic clergy are by nature un-married, but one seeking ordination to the ranks of the white clergy may now choose to be celi-bate (unmarried) or married, but must make the choice prior to ordination since, under Orthodox Canon Law, one may not marry after ordination. A celibate Priest or Deacon may not later marry and a married Priest or Deacon whose wife dies may not remarry. Also, one who has been di-vorced may not be permitted to be ordained. Bishops are drawn exclusively from the ranks of the monastic clergy, although a celibate or widower may be consecrated Bishop after having taken monastic vows. In ancient times married men were permitted to become Bishops (such was the case of St. Peter himself), but such has not been the case since at least the 6th Century.

This is the title borne by the heads of certain autocephalous (self-heading — i.e., inde-pendent) Churches. At the present time the heads of the Churches of Constantinople, Alexandria (Pope and Patriarch), Antioch, Jerusalem, Russia, Serbia, Bulgaria and Romania bear this title. The heads of the other Churches are entitled Archbishop (i.e., Greece, Albania, Cyprus) or Met-ropolitan (Russian Orthodox Church Outside of Russia (ROCOR), Poland, Czechoslovakia and the Orthodox Church in America, OCA). The head of the autocephalous Church of Georgia is entitled the Katholicos.

Originally this title was given to a Monk supervising several monasteries or who was the superior of an especially important monastery. Now it is usually given as a title of honor for dis-tinguished Priestmonks.

Originally a Priestmonk who was the Superior of a monastery was entitled Abbot (a prac-tice strictly adhered to by the Greek Church), but in the Russian church, this is more often a title of honor given to Priest-monks. In the Russian Church, an Igumen ranks below an Archiman-drite.

These are titles of honor given to non-monastic Priests, and are generally equivalent to that of Archimandrite.

A Hieromonk is a Monk who happens to be a Priest.

A Hierodeacon is a monastic Deacon.

This is a title of honor given to monastic Deacons — usually those attached to a Bishop.

This is a title of honor given to non-monastic Deacons — usually those attached to cathe-drals or to Bishops.