Canada stops use of one batch of flu vaccine

Canada stops use of one batch of flu vaccine 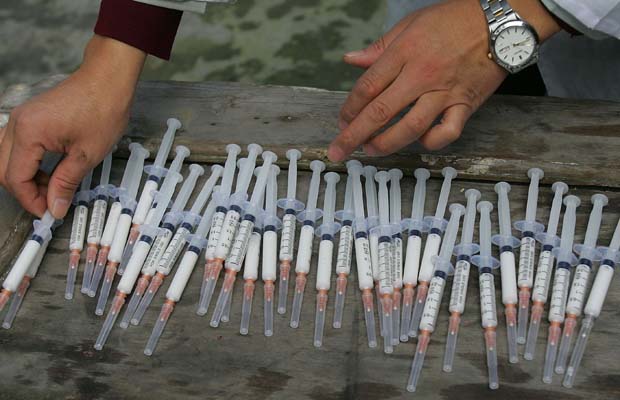 The Public Health Agency of Canada and vaccine manufacturer GlaxoSmithKline Plc have asked the governments of Manitoba, British Columbia, Alberta, Saskatchewan, Ontario and Prince Edward Island — nearly half the country’s 13 provinces and territories — to stop using a batch of 172,000 doses.

Six allergic reactions from that size of a batch is a higher percentage than usual, said a spokeswoman for the Public Health Agency. Overall, the number of severe allergic reactions following H1N1 vaccinations is less than 1 per 100,000 doses, the norm for other vaccines.

All six people who experienced the allergic reactions have recovered, the spokeswoman said.

Manitoba received 63,000 doses of the vaccine batch and has only 930 left, a spokeswoman for the provincial health department said. Health officials have now placed all the remaining doses in storage.

People who were vaccinated from that batch have no reason for concern if they did not suffer an immediate allergic reaction, she said.