On the Death of My Husband: Widow of Fr. Daniil Sysoev

On the Death of My Husband: Widow of Fr. Daniil Sysoev 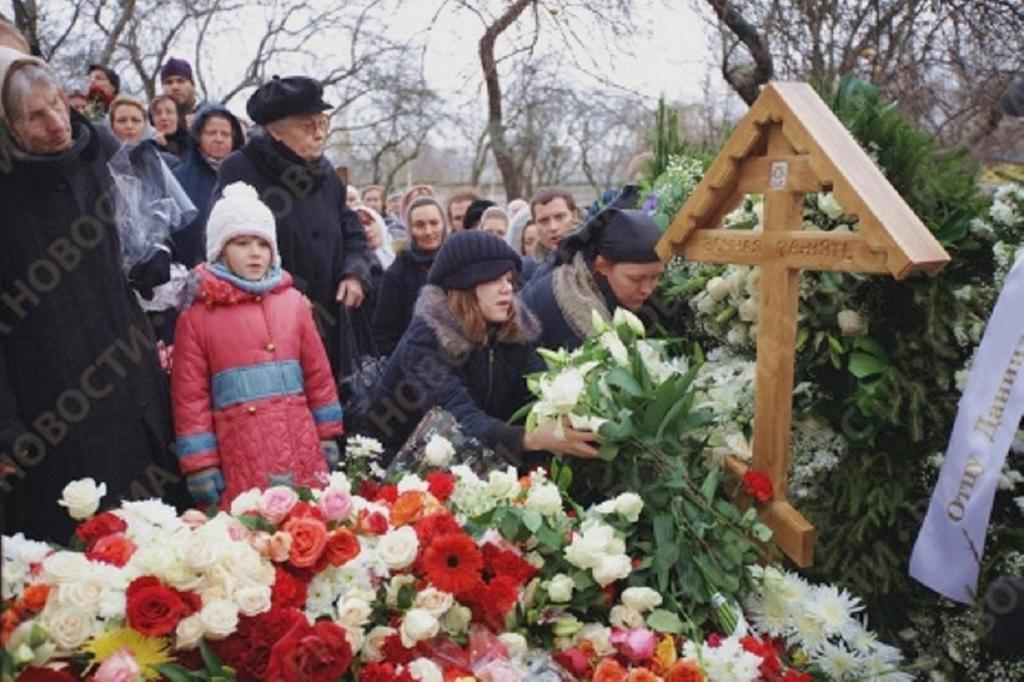 Thank you, dear ones, for your support and prayers. I can’t express my pain in words. It’s like the pain of standing by the Cross of the Saviour. Yet, it’s also a joy that you can’t convey by mere speech… it’s the joy of coming to the empty tomb. Where is thy victory, O death? Fr Daniil foresaw his demise several years before the crime.

He always wanted to be found worthy of martyrdom, and the Lord granted him this crown. Those who shot him, wanted to spit on the face of the Church, as once they spat on the face of Christ, but, they have not achieved what they wanted, because they failed to spit on the Church. Fr Daniil ascended his Golgotha right inside the church that he built and where he committed all his time and strength. They killed him as though he was an ancient prophet, between the altar and the place of sacrifice, and he rightly earned the title of a martyr. He died for Christ, Whom he served with all his might.

Very often, he told me that he was afraid that he wouldn’t make it; he thought that he wasn’t good enough. As a human being, he had his excesses and distortions, he stumbled and made mistakes, but, he was not mistaken in the main, his life was devoted entirely to HIM.

I didn’t understand why he was in a hurry. In the last three years, he worked constantly, without a break for weekends or holidays. I grumbled; I wished, just sometimes, that I would have the simple happiness of having my husband and the father of my children with me and the kids. However, he was called to walk another road.

He said that he’d be killed. I asked him with whom he would leave us with, that is, my three children and me. He replied that he’d leave us in good hands. “I’ll leave you with the Mother of God; she’ll take care of you”.

Over time, I forgot those words. He specified the vestments he wished to be dressed in for his burial. At the time, I joked that we shouldn’t talk about it, for we didn’t know who was going to bury whom. He said that I was going to bury him. Once we were talking about funerals, I don’t remember this conversation completely, but, I said that I had never been to a priest’s funeral. He replied, “Don’t worry about it, you can come to mine”.

I remember so many of our words together and I realise that I only now found out what they really meant. Now, my doubts are resolved; my misunderstandings are dispelled.

We didn’t say goodbye in this life, we didn’t ask each other’s forgiveness, we didn’t hug each other. It was a normal day… he went to serve the morning liturgy, and that was the last time that I saw him.

Why didn’t I go that day to meet him in the church? Indeed, I had thought I would, but, I decided that I should cook dinner and put the kids to bed. I didn’t go… I had to take care of the kids… it was as if a hand was holding me back. Often enough before, I went and met him in the church. I felt like clouds were looming over us. Over the last few days, I tried to be with him as often as possible. Last week, I thought only of death and of the life beyond the grave. I really couldn’t concentrate on either one. On that day, thoughts whirled in my head, “death blows to the head”. Last week was so difficult for me; it felt like a ton of bricks had fallen on me.

I didn’t break down. He supports me; I feel that he is near me. At that time, with so many tender words to each other, more than we spoke in the rest of our lives together. Only now, do I realise how much we loved one another.

The Fortieth Day {Editor’s note: Special prayers are served 40 days after a death, we believe that is the time when the soul stands before God’s judgement.} of Fr Daniil falls on the eve of his nameday and the patronal feast of the future temple, 29 and 30 December, the feastday of the Holy Prophet Daniel. As prophesied by an old woman, the church would be built, but, Fr Daniil wouldn’t be there to serve in it. The second part is now accomplished.

As quoted in Interfax-Religion