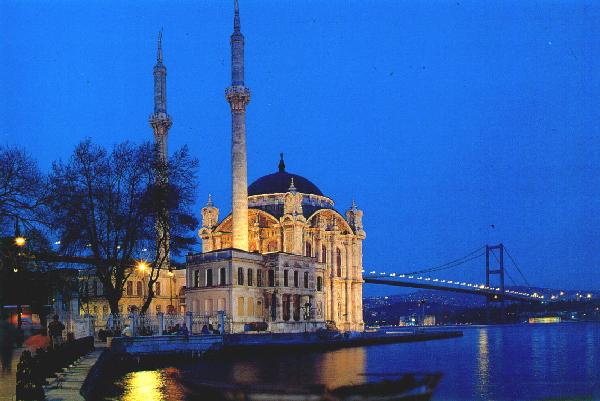 Unbelievable but true: the headquarters of the Secretariat for the entry of Turkey into the European Union is a building confiscated from the Orthodox Christian community in the 90s. The building is located in Istanbul, in the well-known area of Ortakoy, under the first bridge over the Bosphorus.

Before the seizure, the building was used as a primary school for children of the minority Orthodox in Ortakoy. Here, once lived a thriving Orthodox community, now non-existent because of past purges against minorities, executed by the «secular» Turkish State.

Thanks to the policy of purging, the building and many other schools, at one point found themselves without students, unused and then confiscated. The forfeiture rule however prevented foundations – owners of buildings – from allocating them to different uses. The community of Ortakoy appealed to the administrative courts in Istanbul, which have yet to rule on the issue. In case of a ruling to the contrary, the Orthodox intend to apply to the court in Strasbourg. The inauguration of the Secretariat took place in the presence of Prime Minister Erdogan, accompanied by Minister for European Affairs Bajis and by various authorities and European representation.

The event has aroused unease in diplomatic circles in Brussels, so much so that on the eve of the inauguration, a senior government official visited Patriarch Bartholomew I to let them know that the courts decision will be respected. The question also arises whether the current Turkish government aware of the building’s history.

Meanwhile in Brussels some discomfort is spreading towards politicians who are champions of Turkey’s entry into the EU. Ankara has not yet shown a convincing European orientation, it is believed that the «champions» are tied to the country by economic and financial interests.

One suggestion for resolving the issue comes from Lakis Vigas, representative of minorities in Turkey in the General Directorate of Foundations. Interviewed by the newspaper Milliyet on the case of Ortakoy, he says a possible solution would be if the Ortakoy foundation were granted the possibility to lease the building to the Turkish nation. This gesture would have a noble purpose: the entry of Turkey into the EU the «source of our hopes.»