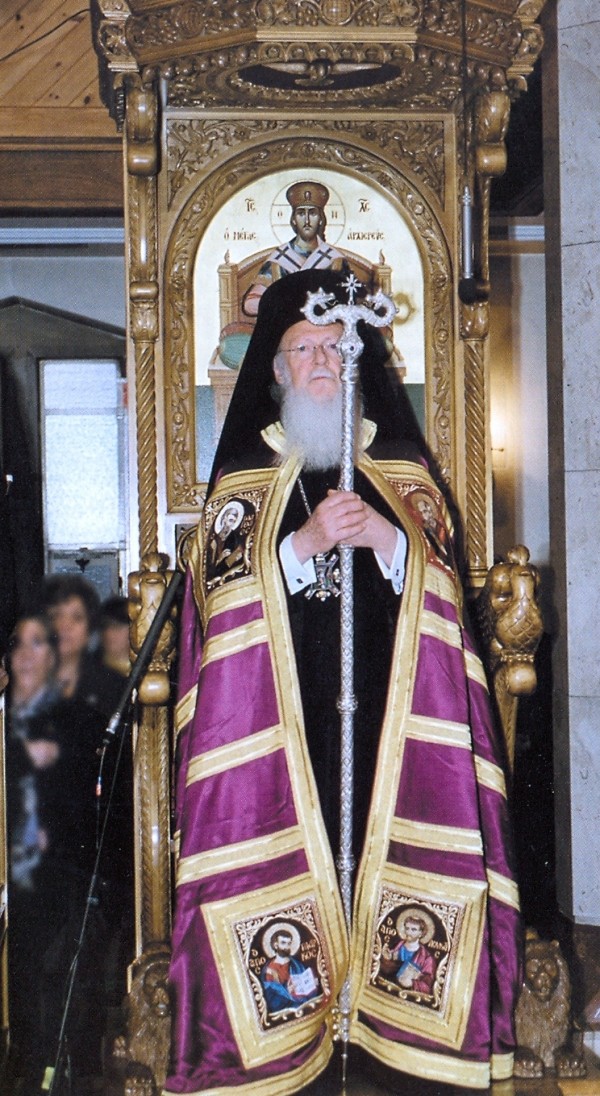 The Ecumenical Patriarch of Constantinople, Bartholomew, who is the spiritual head of 300 million Orthodox Christians round the world, created a stir recently with an interview on CBS’s “60 Minutes”. According to the Patriarch Orthodox Christians are treated as second-class citizens in Turkey and sometimes he feels “crucified”.

Foreign Minister Ahmet Davutoglu regarded the comment as “an undesired slip of the tongue” and Deputy Prime Minister Bülent Arinc dismissed the criticism as “unacceptable”. But despite the furore the interview has once again shed light on Turkey’s treatment of minorities.

It should be noted that Turkey’s definition of ‘minority’ differs from Europe’s. According to the Treaty of Lausanne (1923), which delineates the borders of modern Turkey, minorities are defined as non-Muslim. But the Council of Europe’s Framework Convention for the Protection of National Minorities (1995), which Turkey has not signed, applies ethnic, linguistic and cultural criteria.

This complicates a settlement of the Kurdish question, as the Kurds are not officially recognized by Turkey as a minority. And the Alevis, who constitute 15-20 percent of the Turkish population, are still struggling for the recognition of their religion, as Turkish schools mainly teach Sunni Islam.

The Patriarchate of Constantinople dates from the founding of the city in 330, and since the division of Christianity in the 11th century the Patriarch ranks with the Pope of Rome. However, he is not recognized by Turkey as the Ecumenical Patriarch but only as the Bishop of Fener, the district of Istanbul where the Church’s buildings are located.

At the beginning of the last century there were two million Greeks in Turkey, but because of the disastrous Greek invasion in 1920 and the subsequent population exchange one and a half million left. After a pogrom in Istanbul in 1955 directed at the city’s Greek minority a further 150,000 left, so that today there are only 4,000 in the whole of Turkey.

The Turkish state has confiscated a great deal of property, including churches and schools, belonging to the Patriarchate, but in 2008 the European Court of Human Rights found that Turkey had unlawfully confiscated an orphanage on the island of Prinkipos (Büyükada). And last year the Court ruled that Turkey had violated the property rights of its Greek minority when it seized a church and land on the Aegean island of Bozcaada.

It was therefore embarrassing when the Turkish prime minister, Recep Tayyip Erdogan, last month inaugurated the headquarters of the Secretariat for Turkey’s entry into the EU. The building was previously a school confiscated from the Greek Orthodox community in Ortaköy in Istanbul.

Another thorn in Turkey’s side is the Greek Orthodox seminary on the island of Heybeliada in Istanbul. The seminary was closed in 1971 after a law was passed banning private higher education. As a result, it is no longer possible to train Greek Orthodox priests, who must have Turkish nationality. In an interview with the Turkish daily Milliyet Patriarch Bartholomew said that the Patriarchate was dying from lack of oxygen.

The Lausanne Treaty, which Turkey claims to abide by, stipulates that non-Muslims have the right to administer their own schools and religious institutions, but until now this article has been ignored. Bartholomew has visited Erdogan to explain the situation but has received no response.

The Armenians and others

The Patriarch is not alone with his problems. Armenia, the world’s first Christian state in 301, later became part of the Ottoman Empire, and when the Armenians fought for their independence as many as one and a half million were massacred or deported during the First World War. Their churches were destroyed and place names changed, and today there are about 70,000 Armenians left in Turkey.

Another old Christian community, the Syriac Orthodox Church, suffered the same fate as the Armenians, and it is estimated that in 1915 500,000 – 750,000 Syriacs were killed, so that only 24,000 remain today. St. Gabriel’s monastery in south-eastern Turkey, which was founded in 397, is among the oldest in the world, but now the Turkish authorities are trying to confiscate part of the monastery’s land.

One of the glories of Christianity, the Hagia Sophia, built by the Emperor Justinian in 537, was turned into a mosque after the conquest of Constantinople in 1453, and after the Republic was founded has been a museum. However, restrictive Turkish legislation prevents it once again becoming a church.

In a report published by the Pew Forum Turkey is listed among countries with high restrictions on religion. And it cannot be denied Christians are not popular in Turkey. In recent years a number of Christians have been murdered and in connection with the ongoing Ergenekon trial it has come out that a group of officers planned to attack non-Muslims to discredit the government.

The Swiss referendum on minarets has been condemned in Turkey – Erdogan called the result “racist and fascist”, but a Turkish journalist, Serkan Ocak, asked in the daily Radikal whether the Church in Turkey is truly free.

Last July Turkey launched a project costing 23 million euros to promote Turkish culture in France. But a closer look at the Mediterranean island of Cyprus can also give an insight into Turkish culture. The northern part of Cyprus, which is a member of the EU, has since 1974 been occupied by Turkey and has gradually been turned into a Turkish province.

Last year the Helsinki Commission issued a report describing how more than 500 churches and monasteries have been destroyed, and valuable icons, frescoes and mosaics have been looted. As part of this “cultural cleansing” a large number of settlers have been imported from Anatolia, so the original Turkish Cypriots are now a minority.

Since September 2008 the leaders of the two population groups, Demetris Christofias and Mehmet Ali Talat, have negotiated determinedly to reunite the island and to avoid that part of Europe’s cultural heritage falls under Turkish domination.

Robert Ellis is a regular commentator on Turkish affairs in Denmark and from 2005-2008 was a frequent contributor to Turkish Daily News.

On the fate of the Greek populations of the Ottoman Empire see http://www.greek-genocide.org/index1.html & http://en.wikipedia.org/wiki/Greek_genocide