Voice of the Ecumenical Orthodox Patriarch Was Finally Heard Worldwide

Voice of the Ecumenical Orthodox Patriarch Was Finally Heard Worldwide 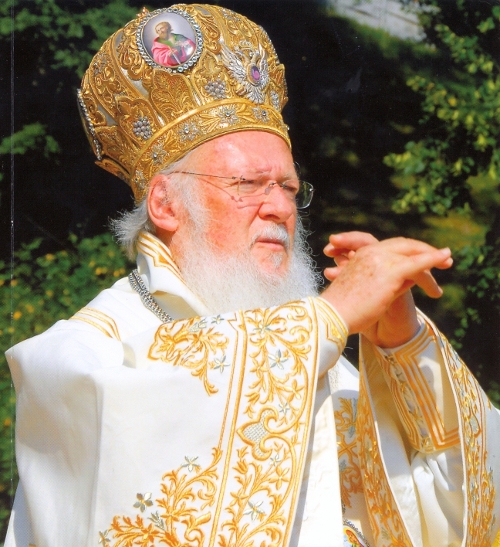 Life in the patriarchate of the supreme heads of the Orthodox Church in Istanbul was never easy during the past few decades, especially with the closing of the Halki Seminary in Heybeliada in 1971.

The ecumenical Greek patriarch is the leader of the world’s 300 million Orthodox, who live in Greece, the Balkan countries and Russia.

After the Roman Catholic Church, the Orthodox Church is the most influential, and presently, although its patriarch lives abased in his shell, under the thumb of the Republic of Turkey, he still remains rich with the church’s past glory going back 1,700 years.

Coverage by American media of the minorities living in Turkey — the Armenians, Greeks, Assyrians/Syriacs, Kurds, Alevis, etc. — had traditionally been quite skimpy. However, for the past year or so, as a consequence of Turkey’s foreign policy, whereby a chill has already become palpable in relations with Israel, oddly enough, the press and television stations in the US have widely expanded their coverage of these minorities, in an attempt to convey a message to this country’s erstwhile and longtime ally.

Then, the well-known journalist Bob Simon had a rather frank interview/meeting with the ecumenical patriarch Bartholomew at the patriarchate, which was broadcast on “60 Minutes” by CBS, America’s most-watched television network, last Sunday [December 19]. The viewers of the program and, subsequently, those who read about the interview in the papers, were veritably stunned by the patriarch’s forthright answers.

The stipulation in the Treaty of Lausanne, whereby the clergyman ascending to the patriarchal throne had to be a Turkish citizen, already prevented the expansion of the ecumenical patriarchate and its remaining open to the orthodox world. Today, barely 4,000 Greeks live in the Republic of Turkey, whereas their number was two million at the beginning of the past century. In 1923, more than 1.5 million of them were deported, and the government automatically threw another 150,000 Greeks out of the country, as a result of the savage attacks and plunder committed by the anti-Christian Muslim mob in Istanbul [September 6, 1955].

In his interview, Patriarch Bartholomew had the temerity to state that the Greeks, like the other minorities, are considered second-class citizens in the Republic of Turkey — a territory, in which these minorities were the rulers of Asia Minor. Furthermore, in response to the question regarding the number of Greeks today and why they don’t leave and go to Greece, the patriarch said, “We love our country, we were born here and we shall die here. We have lived and worked for 17 centuries, from here to the mountains of Cappadocia, which till now give evidence of their past glory when Rome was still ruled by Caesars.” The patriarch was correct: Ataturk and his successors tried to systematically reduce to nothing an entire Christian civilization of the Greeks, Armenians, Assyrians/Syriacs and Chaldeans over the past century.

Asia Minor is considered the continuation of Jerusalem, because while Christianity was born in the Holy City, nevertheless during those initial difficult days it spread in Asia Minor, where the first Christian people were baptized in Armenia…and thus Constantinople followed us when the Orthodox Church was founded. It should also be noted that the Byzantine Empire was politically the greatest power of that era.

Patriarch Bartholomew showed the sad state of the aforementioned seminary and explained why the library and museum was in peril.

Now that the Russian Orthodox Church, which had been reduced to obscurity after the October Revolution, is living its new golden age ever since the fall of the Soviet Union, when new churches are being built in all the villages of Russia and hundreds of youths are devoting themselves to service in the church, it will surely be of assistance to the Ecumenical Patriarchate, sooner or later, through political intervention on the part of Russia.

Immediately following this interview, Turkey’s foreign minister, Ahmed Davoutoglu, announced that crucifixion had never taken place on the territory of Turkey. He forgot the dates of 1657 and 1821, when two ecumenical patriarchs were hanged in front of the main entrance to the patriarchate. Furthermore, he forgot the Adana massacres that occurred a century ago, as well as the Armenian Genocide, which is considered the greatest crucifixion of the Christian church. He also forgot 1923, when Armenians and Greeks were dumped into the sea in broad daylight….

Although the ecumenical patriarch was able to make his voice heard, that happened due to the freeze in the relations between Turkey and Israel. How long will Europe and America, the Christian world as a whole, be able to continue to maintain their silence? When will the time come, for them to be able to defend the human rights of Turkey’s minorities?

Nevertheless, last weekend, hundreds of thousands of Americans became informed about the injustices committed against Christians in Turkey, America’s ally. For that, Bob Simon deserves our thanks.