The Saints and the Church speak out on abortion!

The Saints and the Church speak out on abortion! 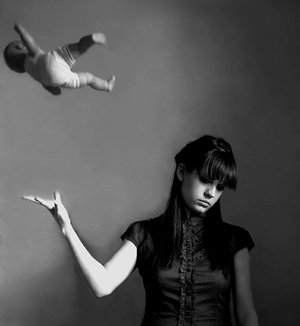 The following represents the teaching of the Church from the [early] second century through to the fifth century…. Note that penalties, when they are given, are neither civil nor criminal, but ecclesiastical and pastoral (excommunication for the purpose of inducing repentance). Also note that the these quotes deal with both surgical and chemically induced abortion, both pre- and post-quickening.

All quotes are from “The Church Fathers on Social Issues”, Department of youth Ministry of the Greek Orthodox Archdiocese of North and South America.

From the Letter to Diognetus

(speaking of what distinguishes Christians from pagans):

“They marry, as do all others; they beget children but they do not destroy their offspring” (literally ‘cast away fetuses’).

“You shall not slay the child by abortions”.

From the Letter of Barnabus

“You shall not destroy your conceptions before they are brought forth; nor kill them after they are born”.

“Those who use abortificants commit homicide”.

“The mold in the womb may not be destroyed”.

From St. Basil the Great

“The woman who purposely destroys her unborn child is guilty of murder. The hair-splitting difference between formed and unformed makes no difference to us”.

“Sometimes their sadistic licentiousness goes so far that they procure poison to produce infertility, and when this is of no avail, they find one means or another to destroy the unborn and flush it from the mother’s womb. For they desire to see their offspring perish before it is alive or, if it has already been granted life, they seek to kill it within the mother’s body before it is born”.

“Why do you sow where the field is eager to destroy the fruit? Where there are medicines of sterility? Where there is murder before birth? You do not even let a harlot remain only a harlot, but you make her a murderess as well. Indeed, it is something worse than murder and I do not know what to call it; for she does not kill what is formed but prevents its formation. What then? Do you condemn the gifts of God, and fight with His laws? What is a curse you seek as though it were a blessing. Do you make the anteroom of slaughter? Do you teach the women who are given to you for a procreation of offspring to perpetuate killing?”

Canon XCI of the Orthodox Church

As for women who furnish drugs for the purpose of procuring abortions, and those who take fetus-killing poisons, they are made subject to penalty for murderers.

Canon II of the Orthodox Church

“A woman who aborts deliberately is liable to trial as a murderess. This is not a precise assertion of some figurative and inexpressible conception that passes current among us. For here there is involved the queston of providing for the infants to be born, but also for the woman who has plotted against her own self. For in most cases the women die in the course of such operations, But besides this there is to be noted the fact that the destruction of the embryo constitutes another murder…. It behooves us, however, not to extend their confessions to the extreme limit of death, but to admit them at the end of the moderate period of ten years, without specifying a definite time, but adjusting the cure to the manner of penitence”.

Canon XXI of the Orthodox Church

“Regarding women who become prostitutes and kill their babies, and who make it their business to concoct abortives, the former rule barred them for life from communion, and they are left without resource. But having found a more philanthropic alternative, we have fixed the penalty at ten years, in accordance with the fixed degrees…”.

“As for women who destroy embryos professionally, and those (non-prostitutes) who give or take poisons with the object of aborting babies and dropping them prematurely, we prescribe the rule that they, by economy, be treated up to five years at most”.