Congressman Michael McMahon, the next rising star in the Turkish Caucus/Lobby

Congressman Michael McMahon, the next rising star in the Turkish Caucus/Lobby 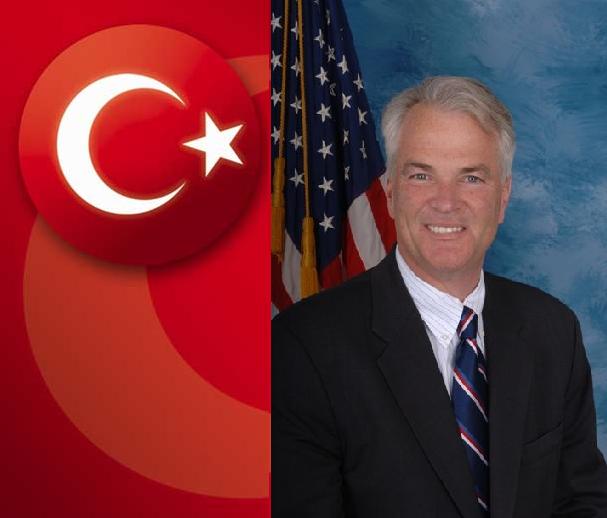 By Alex Aliferis
Congressman Michael McMahon (D-NY-13) has become bankrolled by the Turkish Coalition of America.

McMahon represents New York’s 13th Congressional District which includes Staten Island, Bay Ridge, Bensonhurst, Dyker Heights and neighborhoods in Brooklyn. From 1981 till 2008, it was a Republican held district. Former Republican Congressman Vito Fossella vacated seat in 2008 due to a scandal he committed in Alexandria, Virginia. McMahon rode the Obama wave in 2008 with other Democrats. However, the 13th district’s Staten Island went for McCain. In 2010, his seat is being targeted by Republicans.

In 2009, Congressman Michael McMahon became a member of the Subcommittee on Europe in the House Foreign Affairs Committee. On May 10, 2009, Congressman McMahon joined the Turkish Caucus. He joined the Hellenic Caucus pledging support for Cyprus and the Patriarchate. To the dismay of Armenian Americans and Greek Americans, he took the Turkish side to deny the Armenian Genocide. He took the Azeri Turkish side to condemn the freedom of Armenian Nagorno-Karabakh from Azerbaijan Turkish persecution. How trustworthy is this man to Greek Americans when he supports the Turkish side’s denial of the Armenian Genocide which means he probably denies the Genocide of Greeks and Assyrians of Asia Minor, 1915-1923.

Congressman McMahon pledged not to vote ‘Yes’ for the Armenian Genocide Resolution in an upcoming March 4, 2010 vote in the House Foreign Affairs Committee. In October 2007, the resolution narrowly passed in the House Foreign Affairs Committee. Yet, Turkish threats to invade Iraq scared the Bush Administration into pulling all the strings to stop a general vote on the Armenian Resolution which is supported by a majority in the US House. After this, Turkey invaded Iraq to the dismay of the USA, and the weak Iraqi government.

On February 10, 2010, the Turkish Coalition of America honored Congressman Michael McMahon in a special dinner event.

He noted his foreign affairs Legislative Assistant, who is Turkish, Naz Turkoglu, for introducing him to the Turkish American community of New York City. The dinner was attended by the Turkish Ambassador to the USA as a fundraiser to elect McMahon in 2010.

The above video and statements make it clear that the Turkish Lobby is using Michael McMahon, after Robert Wexler’s resignation from Congress on Jan 10, 2010, to be the next strong Turkey supporter in the House Foreign Affairs Subcommittee on Europe. Wexler was Co-chair of the Turkish Caucus and Chair of the Subcommittee on Europe. McMahon like Wexler occupied congressional districts where huge Greek American communities resided. Regardless, they keep to their strong support for Turkey. Democrat Michael McMahon is the only strong Turkey supporter in the Subcommittee on Europe along with Democrat David Scott (he voted against Armenian Genocide Resolution).