SUNDAY OF THE CROSS

SUNDAY OF THE CROSS 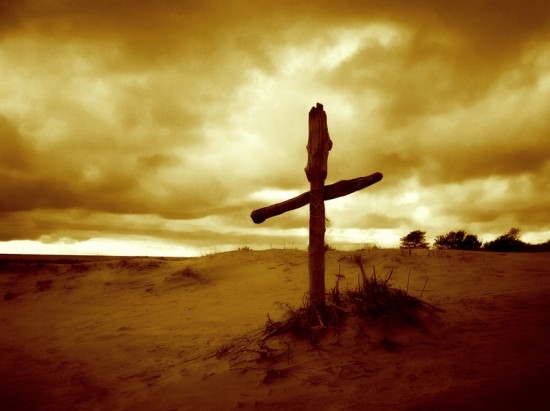 In the Name of the Father, the Son, and the Holy Ghost.

As we progress deeper and deeper into the weeks of Lent, we can say with an ever-growing sense of gratitude and of joy, of a serene and exulting joy the words of a Psalm, ‘My soul shall live, and with gratitude I will give glory to the Lord’.

In the first week of Lent we have seen all the promises of salvation given in the Old Testament fulfilled: God became man, salvation has come, and all hopes are possible. And then, in the second week of Lent, we had the glorious proclamation of all the Saints of Christendom that not only did God come and dwell in our midst, but He has poured out upon us, into the Church, and into every human soul ready to receive Him the presence, the transforming gift of the Holy Spirit that makes us gradually commune ever deeper to the Living God until one day we become partakers of the Divine nature.

And today, if we ask ourselves, ‘But how that? How can we be forgiven, how can evil be undone?’ – one step brings us deeper into gratitude, deeper into joy, deeper into certainty when we consider, when we contemplate the Cross.

There is a passage of the Gospel in which we are told that when Christ spoke of salvation and of its conditions, Peter said to Him, ‘Who then can be saved?’ – and Christ answered, ‘What is not possible to men is possible for God!’. And He Himself came; the fullness of God abided in a human person, and He has power to forgive because He is the victim of all the evil, all the cruelty, all the destructiveness of human history. Because indeed, no one but the victim can forgive those who have brought evil, suffering, misery, corruption and death into their lives. And Christ does not only forgive His own murderers, when He says, ‘Father, forgive – they don’t know what they are doing’: He goes beyond this, because He had said, ‘Whatever you have done to one of My smaller brethren and sisters, you have done it to Me’ – not only in good, but indeed, the worst: because in compassion, in solidarity He identifies with every sufferer: the death, the pain, the agony of each of those who suffer is His. And so, when He prays, ‘Father, forgive! They do not know what they are doing, what they have been doing’, He prays for each of us not only in His own name, but in the name of all those upon whom evil has visited because of human sin.

But it is not only Christ who forgives; everyone who has suffered in soul, in body, in spirit, – everyone is called to grant freedom to those who have made him suffer.

And so, we can see why Christ says, ‘Forgive so that you may be forgiven’ because both the victim and the culprit are tied in one knot of solidarity and reciprocal responsibility. Only the victim can say, ‘Lord – forgive him, forgive her’, and only then can the Lord say, ‘I do!’.

But do you realise what responsibility it puts on each of us with regard to all and everyone? But also the depth, the glorious depth of hope which opens up to us when we look at the Cross and see that in solidarity with all mankind Christ taking upon Himself all the suffering of the world, accepting to die an impossible death has said in the name of all the sufferers, ‘Yes, – we forgive!’

And so again, and again we can say that Lent is a spring of a new life, a new time, a time of renewal, not only in repentance, but in being taken by Christ Himself as the shepherd took the lost sheep, as the Lord took up His Cross, brought it to the place of death, and undid death, undid evil by forgiveness and giving His life. Once more we are confronted with another step of our freedom and of newness. Let us enter ever deeper into this mystery, into this wonder of salvation, and rejoice in the Lord, and rejoicing, step after step, more and more, let us also express our gratitude by newness of life. Amen!