Declare yourself GREEK or HELLENE on the US Census

Declare yourself GREEK or HELLENE on the US Census 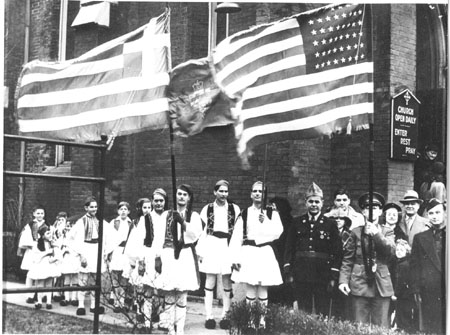 Question No. 9 on the form concerns race and is where one can clearly define his or her origin. U.S. Census Bureau officials have stated it is possible to select more than one category. For those who wish to declare their Greek origin, they can do so by writing “Greek” or “HELLENIC” in the field, “Some other race.”
Read more…

Among ethnic groups in the United States, the members of the Greek
American community are noted for their creative and productive
assimilation in American society, as well as for nurturing and
cultivating their Greek heritage and strong bonds with Greece.

This census is a unique opportunity for the Greek American community
to make its vigorous presence count, thus enhancing its voice and role
in the domestic political scene at a critical time for national and international issues.