Q & A: Holy Communion and Confession

Q & A: Holy Communion and Confession 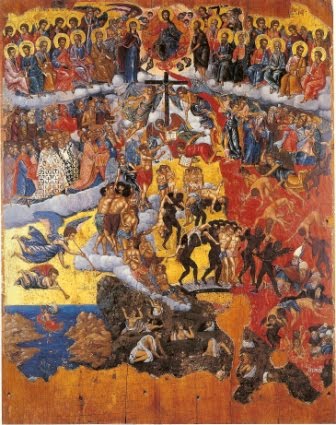 Answer: Holy Communion is not absolutely linked to Confession. In the ancient Church, people had the Grace of God in them; they were in a state of enlightenment of the nous* and they of course prayed and received Holy Communion frequently. When someone committed a sin, it meant that they had forfeited the Grace of God, in which case, they would remain outside the Temple, together with the catechumens. This is because one cannot have the Grace of God and yet deny Christ. When one sins, and especially in the flesh – and I am not referring to the carnal relations within a marriage in Christ – it shows that they are preferring carnal pleasure more than Christ and as such, are denying Christ in practice. This reduces them to the ranks of the repentants, and they will need to re-attain the state of enlightenment of the nous, following a specific procedure.

In Basil the Great and other Fathers, we notice that there were four ranks of Christians. Firstly, there were the “forgiveness-seekers”, who sat outside the Holy Temple and asked for forgiveness from the Christians that went into the Temple. Secondly, there were the “beseechers”, who remained in the Temple only up to the recitings of the Divine Liturgy and would depart along with the catechumens. Thirdly there were the “aligned”, who remained in place until the end of the Divine Liturgy, but without receiving Holy Communion. And fourthly, there were the partakers of Holy Communion. In other words, when someone committed a sin, they would have to go through a period of repentance and repentance meant that the person had to reach the enlightenment of the nous through catharsis – he would have to alter his nous, and from a darkened state make it light again. The Bishop would then read a blessing and that person could afterwards receive Holy Communion.

That is why I mentioned that Confession is not absolutely tied to Holy Communion. If someone sins and he needs to confess, then he must confess. If there are certain sins – the so-called “excusable” ones – they are forgiven with the Service of Communion and with the prayer “…and forgive us our trespasses….” which is included in the “Lord’s Prayer”.

As to how many times a year one can receive Holy Communion – well, that is determined by one’s Spiritual Father. That is, we go to our Spiritual Father and we open up our heart completely; we tell him all of the problems that we have, we report on the condition we are in, and he will give us the appropriate instructions. The same thing takes place here, as it does with doctors. We visit the doctor, we inform him of our ailment and the doctor will make the appropriate diagnosis and prescribe suitable medication and treatment. For example, he might tell us to abstain from certain foods because our organism can’t tolerate them, and that we will be free to consume those foods only after we are cured.

It is in this context that we should also look upon Holy Communion, because to some, Holy Communion can be Light, while to others it can be fire.

The Holy Fathers say that when we place two objects – that is, mud and wax – under the sun, then the sun’s rays will harden the mud and melt the wax. Although the sun’s energies are the same, however, the substance of the objects is different, which is why the results are different. In the same way, God and Holy Communion become [are experienced as] Light to some, and to others, fire.

In the churches of Monasteries they depict the scene of the Second Coming. At the top of the icon is the Throne, and from the Throne emanates the Light which illuminates the saints, while from the Throne flows the river of fire that consumes the sinners. Saint Isaac the Syrian says that “hell” is God’s “whip of love” – a love that mankind cannot comprehend, because their hearts are unclean and incurable. God loves both the righteous AND the sinner, but not everyone can experience God in the same manner.

Basil the Great wrote that the Light has two energies: the illuminating and the caustic, and as such, it illuminates and it burns. Whoever has eyes will avoid its caustic energy and will enjoy the illuminating energy of the Light. Those who have no eyes to see, will accept the caustic characteristic of the light. That is what will happen during the Second Coming: the righteous will perceive God’s light and sinners will perceive His fire.

The exact same thing takes place during the Divine Liturgy. Some receive Holy Communion and are illuminated, while others receive Holy Communion and are condemned. The Apostle Paul says in his Epistle to Corinthians: “For this, there are among you many who are weak and sick, and a great many are reposed” (1 Cor.11:30). That is why the work of a priest is not to distribute tickets so that people might enter Paradise; he must heal people, so that when they encounter God, God will become Light and not fire to them.

We must clarify at this point the question of how frequently a healthy person and a sick person can receive Holy Communion; for example, a paralytic person. It appears that a healthy person has many more sins and a paralytic does not have as many. But that is not correct. It does not mean that a healthy person sins and a paralytic doesn’t. Sins are committed with one’s thoughts and one’s desires as well as with the body. One can be healthy and spend all day glorifying God and live an angelic life, and the other – a sick person – can live with faithlessness and indignation. What is important, is for one to glorify God – whether in health or in sickness.

*Nous = The human nous in Eastern Orthodox Christianity is the “eye of the heart or soul” or the “mind of the heart”. The soul of man is created by God in His image; man’s soul is intelligent and noetic. St Thalassios wrote that God created beings “with a capacity to receive the Spirit and to attain knowledge of Himself; He has brought into existence the senses and sensory perception to serve such beings”. Eastern Orthodox Christians hold that God did this by creating mankind with intelligence and noetic faculties. Angels have intelligence and nous, whereas men have reason – both logos and dianoia – nous and sensory perception. This follows the idea that man is a microcosm and an expression of the whole creation or macrocosmos. The human nous was darkened after the Fall of Man (which was the result of the rebellion of reason against the nous), but after the purification (healing or correction) of the nous (achieved through ascetic practices like hesychasm), the human nous (the “eye of the heart”) will see God’s uncreated Light (and feel God’s uncreated love and beauty, at which point the nous will start the unceasing prayer of the heart) and become illuminated, allowing the person to become an orthodox theologian.