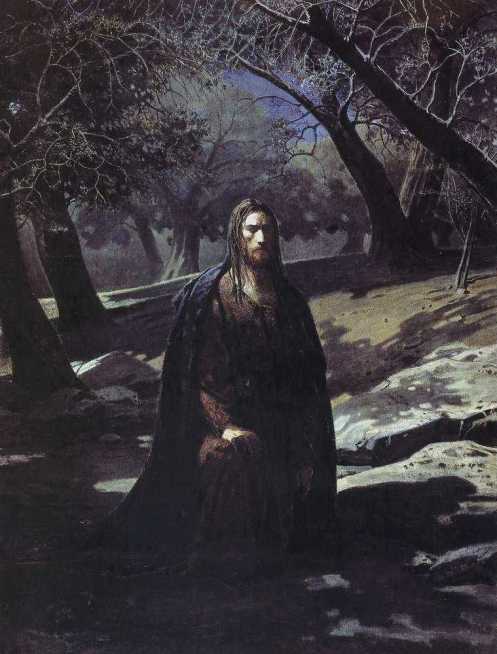 “Do you think that I cannot call upon My Father and He will not provide Me at this moment with more than twelve legions of angels” (St. Matthew 26:53).

Thus spoke the Lord to the disciple who drew the sword to defend his Teacher in the Garden of Gethsemane. It is obvious from these words that the Lord could have defended Himself, if He wanted to, not only from Judas and his company of guards, but also from Pilate and the leaders of the Jews. For the might of one angel is greater than the greatest army of men, much less the might of twelve legions of angels.

The Lord did not want to seek this help from the Father. In His prayer in Gethsemane, He said to His Father, “Let Your will be done” (St. Matthew 26:42). With that, He immediately knew the Will of the Father and that it was necessary that He be given over to suffering. He was in agreement with the Will of His Father and set out on the path of suffering. It was necessary to allow the background to be portrayed gloomier in order that the resurrection would be brighter. It was necessary to allow evil to compete as much as it could so that, afterwards, it would explode and disintegrate into nothing. It was necessary to allow evil to cry aloud so that, soon after, it would become speechless before the miraculous resurrection. It was necessary that all the wicked deeds of men against God be manifested so that they would be able to see and appraise the love and mercy of God toward mankind. The angels of God were not sent to defend Christ from the Jews; rather, the angels of God were sent, after three days, to announce the holy resurrection of Christ.

O Lord, All-Powerful and All-Merciful, have mercy on us and save us

christ in our midst