All things new in the Resurrection!!

All things new in the Resurrection!! 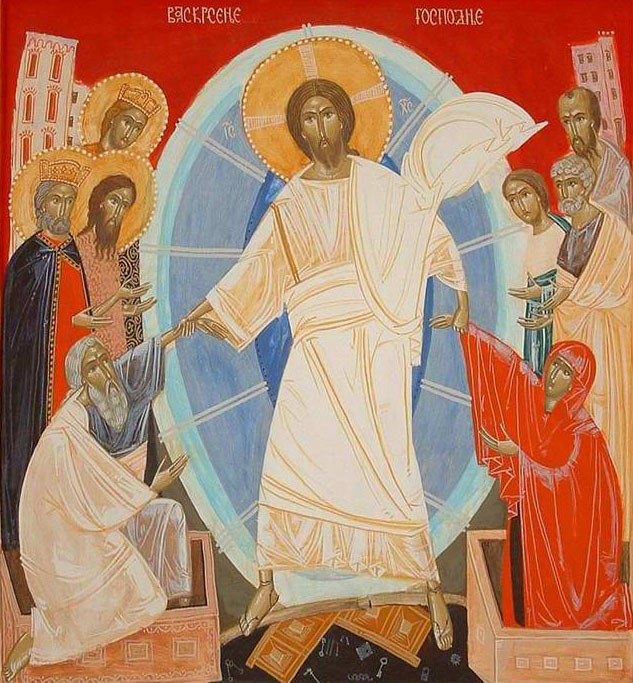 The Resurrection of Christ is the one of the most important and central aspects of our Orthodox Christian faith.

I n three of the Gospels, an event is described in which Jesus Himself was challenged by the leading Sadducees, who rejected belief in the resurrection. Jesus countered their denials with an affirmation of resurrection (Mark 12:18-27); Matthew 22:23-33; Luke 20:27-40), saying “You are quite wrong!” (Mark 12:27).

So, on the third day after His Crucifixion and death, Jesus Himself became the victor over death, sin, evil and the Devil, by conquering death through His Resurrection. The biblical words are still powerful and striking: “He is not here; for he has risen, as he said. Come, see the place where he lay. Then go quickly and tell his disciples that he has risen from the dead, and behold, he is going before you to Galilee; there you will see him. Lo, I have told you” (Matthew 28:6-7). It was the first sermon of the Church –“He has risen from the dead!”

Later, when Judas had to be replaced among the Twelve Apostles, one of the conditions of his replacement was that the candidate “must become with us a witness to His resurrection” (Acts 1:22). At Pentecost, St. Peter proclaimed the Resurrection of Christ: “This Jesus, God raised up, and of that we all are witnesses” (Acts 2:32). The Apostles began their preaching by “proclaiming in Jesus the resurrection from the dead” (Acts 4:2). We learn that the preaching on the central importance of Christ’s Resurrection continued in the Church: “With great power the apostles gave their testimony to the resurrection of the Lord Jesus, and great grace was upon them all” (Acts 4:33).

In Saint Paul’s apostolic ministry, the Resurrection of Christ was central. In describing his message to the Christians in Rome, of greatest significance was his preaching of Christ, who was the “Son of God in power according to the Spirit of holiness by his resurrection from the dead, Jesus Christ our Lord” (Romans 1:4).

When some of the Christians in Corinth raised doubts about the resurrection of the dead, St. Paul responded with a vehement argument:

So it is, that St. Peter declared this core affirmation of the Christian faith when he wrote “Blessed be the God and Father of our Lord Jesus Christ! By his great mercy we have been born anew to a living hope through the resurrection of Jesus Christ from the dead” (1 Peter 1:3).

In our Orthodox Church, the Resurrection of Christ is central, especially in worship. Every Sunday is a little Pascha, commemorating Christ’s Resurrection. At Pascha, we read St. John Chrysostom’s Easter Sermon where it is proclaimed, “O death, where is your sting? O Hades where is your victory? Christ is risen, and you are annihilated. . . . Christ is risen, and life is liberated . . . for Christ having risen from the dead, has become the first fruits of those who fall asleep.”