Blessed Elder Joseph of Vatopedi comments on the life and personality of Elder Arsenios the Spileotis and Hesychast.

Blessed Elder Joseph of Vatopedi comments on the life and personality of Elder Arsenios the Spileotis and Hesychast. 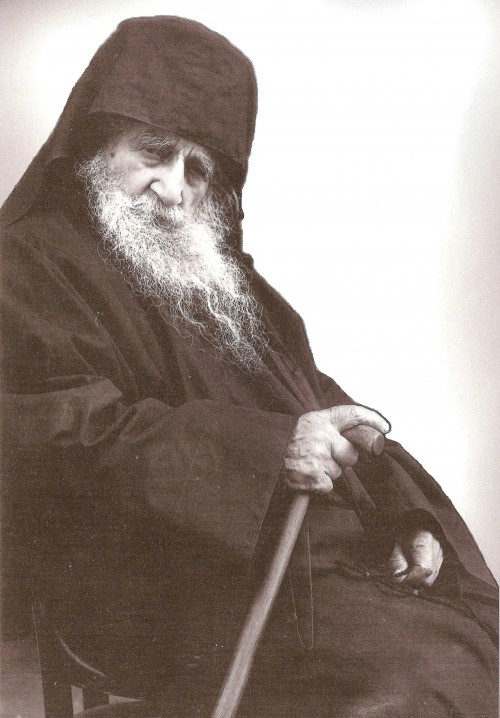 One could apply to Elder Arsenios what the Scriptures said “here is a true Israelite, in whom there is nothing false”. He was by nature direct, simple, harmless, meek, obedient and an extraordinary, hard working spiritual fighter, without a single material possession. One could say that he was simply a “Yes” or a “No” man.

He never held grudge with anyone, whatever one would do to him, he would never get angry and he would never hurt anyone. read more…He was meticulous in his obedience and because of this and his absolute faith in his Elder, he lived his days outside the laws of nature.

When he was holding an all night vigil, he would start in the early evening and wear himself out kneeling thousands of times with the face down and standing up all night until the morning.

He was concentrating on saying Jesus prayer so intensely that on several occasions it was time to start work and he would not let go of the prayer. Then we had to call him from outside his window and we would see that he was standing up and elevated.

-Yeronda, it is time to start work. And father Arsenios coming to himself would curiously ask:

-Is it morning already?

This old man, despite his simple mindedness, captured the true meaning of the monastic life. He had totally devoted himself to the virtue of obedience and the spiritual struggle and therefore, he succeeded in his endeavors. He managed to find deeply within himself the true prayer and the Lord. Any monk, who does not enter the monastic struggle with these goals as a priority, has already failed.

Father Arsenios was a grand, tireless warrior of virtue. He is a present day splendid personality of Ayio Oros. Let us have his prayers.