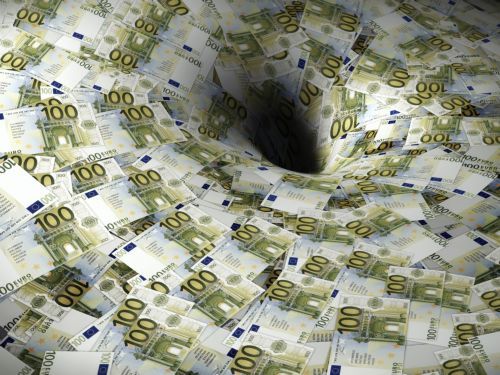 IMF, European Union and European Central Bank officials are in Athens to negotiate what could be the largest bailout in history and hope to wrap up a deal within days in an effort to prevent the debt crisis from sinking other fragile EU states.

But Germany has expressed deep reservations in recent weeks at the thought of handing over loans to a profligate Greece, which previously misled partners over its catastrophic finances, and is demanding fierce budget rigour in return for any cash.

«We realized we stand before a done deal,» complained Ilias Iliopoulos, general secretary of public sector union ADEDY after meeting the Greek prime minister to discuss the salvage plan.

«This will acutely burden people, and what is worse, unfairly,» he added.

Sources familiar with the talks said officials were expected to announce the details of a three-year package by Monday, ending months of uncertainty. That was enough to spark a relief rally in markets fearful of contagion across the eurozone.

The euro rose timidly, rebounding from a one-year low set the previous day, peripheral euro zone bond yield premiums eased and the cost of insuring riskier debt dropped on hopes an accord was imminent.

Crucially, German resistance appeared to weaken following a wave of dire warnings that a Greek default could sink the euro and stymie a fledgling recovery across the continent.

Germany’s largest opposition party, the Social Democrats (SPD), said it was ready to move quickly to support a Greek aid package, but said it also wanted banks to help out.

«We will do what is necessary to make up for lost time and get a quick decision in the German Bundestag next week,» SPD parliamentary leader Frank-Walter Steinmeier said in Berlin.

The gravity of the Greek crisis became apparent weeks ago, but EU leaders were slow to react, promising vaguely to help but only really moving when markets dived and other heavily indebted nations, like Portugal and Spain, were threatened.

French President Nicolas Sarkozy insisted Thursday that France and Germany were working in tandem to resolve the crisis.

«We’re in perfect agreement,» he said during a trip to China, adding that Greece’s economic plan was «perfectly credible.»

However, it remained to be seen whether Greece’s powerful trade unions and army of public sector workers were ready to accept the bitter medicine being prepared for them.

Unions have called a series of strikes in the days ahead, potentially complicating efforts to drive through fresh cuts. A protest rally Tuesday drew about 2,000 people.

«It’s a disaster! The government has crossed the line. We can’t live this way,» said Despina Spanou, member of public sector union ADEDY’s board. «We will fight these measures with all our might, because this is a battle for survival.»

Opinion polls show most Greeks object to the involvement of the EU and IMF and two thirds believe there will be unrest.

German politicians have said the package could be worth 100-120 billion euros ($133-160 billion) over three years against an original plan for 45 billion euros of aid in 2010.

Some of the money will come from the IMF but the bulk would have to come from other euro zone countries, many of them struggling with their own spiraling deficits, and it wasn’t clear how they would finance such a deal.

TIME FOR A RETHINK

Concerns over the Greek crisis prompted global investors to cut back holdings of euro zone government bonds, although no such flight has yet to occur with the region’s stocks, Reuters polls showed.

ECB President Jean-Claude Trichet called Thursday not just for a deal on Greece, but also a revamp of Europe’s fiscal rules and more intense surveillance of governments’ finances.

«The weak points of past multilateral surveillance will be corrected, and the Stability and Growth Pact will be reinforced and rigorously applied in its letter and in its spirit,» Trichet said in a speech at the Munich Economic Summit.

Spooked by the cut, Portugal announced it would speed up its austerity strategy and said this might allow it to reduce its deficit more than expected in 2010.

Meanwhile, a successful Italian bond sale seen as the first of the euro zone peripheral issuers to be tested after the S&P downgrades may have eased fears of a contagion.

«This is a big vote of confidence from the market,» Peter Chatwell, Rate Strategist at Credit Agricole, said.