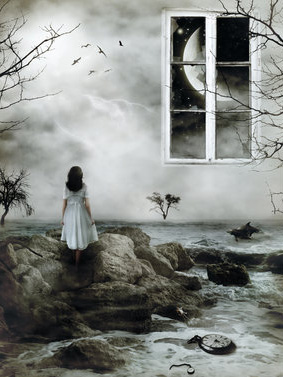 Stacy L. Becker, Psy. D. is a licensed clinical psychologist and has been an advocate of abuse victims and survivors for several years. She is particularly committed to educating and treating survivors of psychological maltreatment. Your comments are welcome by e-mailing [email protected]

A middle-aged woman walked into my office, took a seat and asked, “Is it possible for me to have been a victim of child abuse if I was never beaten or molested? I responded, “yes” and asked why she asked. She described herself as being frequently depressed and unable to feel good about herself. She said that she felt that she did not know who she was, or what her purpose in life was. She said that her parents were good, strict parents and that, in all honesty, she had no right to feel badly about herself. “After all,” she added, “worse things have happened to other people.”

I thought that there had to be a reason for her asking her original question even though she insisted that she had a wonderful upbringing. I asked her what her parents’ attitude had been like towards her. She said that in her home children were “seen and not heard.” She recalled being the “good girl” in the family who always followed the rules. When I asked her what happened if she didn’t follow the rules, she said that she never dared rebel but that she often saw her siblings publicly humiliated; they were frequently called “imbecile,” “dummy,” or “useless.” She said that it made her feel afraid, even when she was not the one in trouble. When I asked her what she thought of this tactic, she stated that she knew that her parents did the best that they could. She said that her parents were simply trying to teach all the children the “ways of right and wrong” so that they would grow up to be “disciplined and successful adults.” When I asked her if she felt angry about how she and her siblings were treated, she replied, “No, we weren’t really allowed to get angry. Anger just makes things worse. Besides, I’ve always been much too sensitive about things.”

It seemed to me that as the “good girl” she even felt guilty questioning her parents as she spoke to me. She spoke in a polite, soft tone, qualified nearly everything that she said, and reminded me several times about her parents’ good intentions. When I gently suggested that it may be beneficial that she try to begin to look more at her past and how it may be keeping her from fulfilling her dreams in the present, she said that she was wrong for having come in and that blaming her parents was an ungrateful and disrespectful act. I explained that the goal of therapy is to understand what happened so that she could be as accepting of herself as she was of others. Therapy is never about blame. It’s about understanding, healing and growing.*

This example illustrates one way in which psychological maltreatment had adversely impacted the life of a woman. There are many types of psychological maltreatment and just as many ways that it impacts the emotional, social, and intellectual development of individuals. In this case, although her parents had, perhaps, acted in ways that they felt would be in the best interest of their children, this woman had learned how to “be good” at the expense of learning who she was, what she wanted, and how to express her own feelings. Maybe she was depressed because she was too afraid to take chances and risk making an error; after all, in her family, making an error meant taking the chance of being devastated by humiliation and ridicule.

What is particularly insidious about this form of abuse is that the child victim and the adult survivor often have no idea “what hit them.” There are no memories and no physical evidence of being beaten, molested, or abused because the bruises and scars are invisible. It is the soul that is injured.

Part of being a child is to naturally trust one’s parents or caretakers and assume that if the adult says, “this is for your own good,” it truly is. Even as adults, therefore, victims of psychological maltreatment often find it difficult to trust their own judgment since an integral part of the abuse was reinforcing that they didn’t know what was best for them. Many children and adults simply accept the blame and think that they are the problem and are crazy, bad, or worthless. They discredit their own reactions and feelings so that their perceptions match what they are told to think or feel. They often conclude that had they been better, smarter, or more obedient, their parents would have been more loving, supportive, or proud of them. Unfortunately, depression and low self esteem are natural consequences of this process. The good news is: this is treatable. Therapy can bring relief and a new sense of purpose.

* For confidentiality purposes, this is a composite of many clients.