Orthodox Man as the Image of God

Orthodox Man as the Image of God 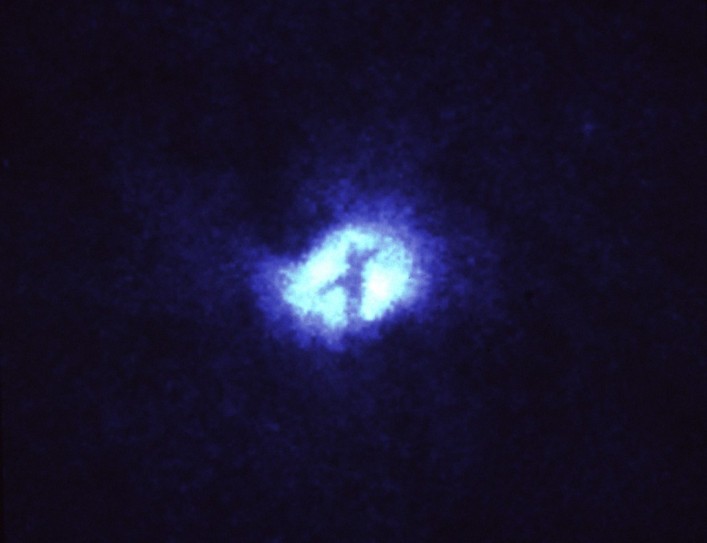 All too often do we as creatures of the Almighty forget that in each of us, no matter how spiritually depraved or perverted, is the ever present image of God. In some of us its very brilliance overshadows everything that we come in contact with and thus brings admiration and greater glory for God. On the other hand, there are those of us who live as though our existence depended only on our own initiative void of any spiritual power and thus denying the deity within us. Nevertheless, whether we recognize the fact or not. God’s image pervades our natures from the very moment of our conception.

If we attempt to discover in the Church Fathers a clear definition of what it is in man which relates or corresponds to the divine image, we run the risk of losing ourselves amidst varying assertions, which though not contradictory, cannot he applied to any one part of human nature. Sometimes the image of God is sought in the soul, or the principle, ruling part of man’s being, in his mind, in the higher faculties such as the intellect, the reason, or in the freedom proper to man, the faculty of inner determination, by virtue of which man in the true author of his actions.

Saints Irenaeus, Gregory of Nyssa and Gregory of Palamas go even one step further in asserting that the body as well as the soul shares in the character of the image of God.

Holy Scripture, on the other hand, gives no precise account of the nature of the image, but it does, however, present the whole creation of man as an act apart, different from the creation of other beings. Like the angels, who as St. Isaac the Syrian puts it, were created ‘in silence,’ man was not formed by a divine command addressed to the earth. God did not command the earth to bring forth man as He did when he created the ‘‘grass and herb yielding seed after his kind, etc..” but rather, “God said : Let us make man according to our image and likeness.”

All of mankind, however, as exemplified in Adam was led astray by deception and deliberately drew upon himself that catastrophe which all mortals now share. So the image that had been made by God had been distorted by sin. We are all familiar with the narration of the fall of man in the book of Genesis, so it will not be my purpose to belabor the details of this well-known story. There is only one important fact to bring to light . Although the image of God was distorted by sin, it was never destroyed. This image resides in man insofar as he has an intellect and a will in his very nature. This can never be taken away. No matter how much man may sin, this image will always remain. From our own funeral service we hear: “I am the image of thy glory ineffable, though I bear the brands of transgressions.”

So, God’s image may very well be covered over, it may not be truly operating to the fullest of its power, but it can never be obliterated, never be really destroyed. Therefore, the whole aim or thrust of the Christian life is precisely to allow this seed of deification, filiation in Christ, to be developed through a lifetime of submitting to the will of God.

In this fact and this fact alone there is direction. God through Jesus Christ, His express Image, makes restoration possible. This is the great truth that the early Christians seized, and this is what made them so optimistic and so joyful in regard to God’s created universe. Christ came to give us this tremendous revelation that God so loved us as to give us the possibility of becoming truly sons of God.

Life, therefore, is conceived as a battle, a struggle against the evil one and Christ opposes that evil one. We find ourselves between heaven and hell, yet no one can touch us, not even Christ, not even the devil, unless we really want to yield ourselves. Our whole life is patterned on this idea of restoring our original state, an reintegration into Christ. Christ came to restore man. He effects a recapitulation as St. Paul describes it.

The Word of God was made the Son of man in order that man might become God. He had to become all things to all man except sin. So, He comes as the perfect image of God and He gives us the possibility of restoring this likeness to God within ourselves.

The glory of all this revelation is that it is revealed to us, the Christian faith of Orthodoxy, through our sacred channels of truth, our Holy Tradition and our Holy Scripture. What an awesome responsibility lies upon Orthodox Man as the Image of God. It is left to us to bring all men to the knowledge of the truth. Is it any wonder that our rite of Baptism is also thought of as the layman’s ordination? St. Peter tells us: “Ye are a chosen generation, a royal priesthood, a holy nation, a peculiar people . . .”

God blessed the faith of the Hebrews and chose the Israelites to be a guide in the Old Testament world. The new dispensation, however, reveals to us that the Christian religion in general and the Orthodox Faith in particular has been the fulfillment of the law, of prophecy, and of salvation. How then do you as faithful Orthodox Christians understand your unique mission in life?

If you recognize your personal mission as being a means or a vehicle, or an example towards bringing others to that image, that likeness of God, are you yielding yourselves to Christ’s influence, to His presence, and to His activity. In other words, are you living accordingly.

God has created all men with this basic drive towards union with him. God has implanted in every man this yielding, this drive. This image that will only be satisfied in the full fruition as a son of God. Our lives must be candles in the hands of these in darkness. Let us not slumber nor sleep, nor expect those in search of truth to pry open our eyelids to see if God is still within us for: “Behold the bridegroom cometh at midnight and blessed is the man whom He shall find awake.”