The Church of Saint Paraskevi at Geroskipou village in Pafos (Cyprus)

The Church of Saint Paraskevi at Geroskipou village in Pafos (Cyprus) 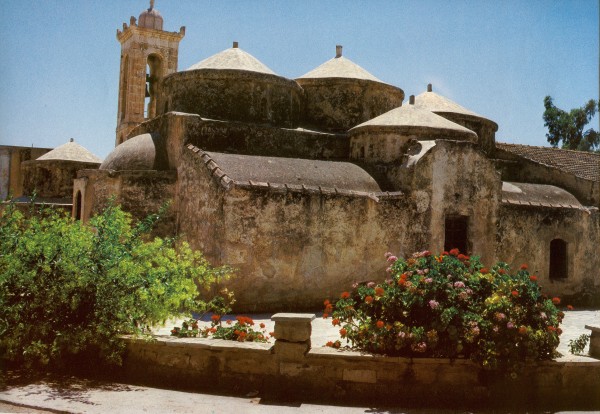 The Church of Saint Paraskevi at Geroskipou village in Pafos, Cyprus

The church of Saint Paraskevi lies 3,5 Km east of Pafos in Geroskipou village, which is probably a first of its kind creation of the byzantine architecture in Cyprus.

It is a three aisled arched basilica with five domes. Three of the biggest domes, are situated on top of the middle aisle and the other two on top of the left and right aisles next to the central dome. The position of the domes gives the chapel the shape of the cross. However, the church gives the impression of a basilica internally since the arches which divide the three aisles hide the domes of the side aisles. read more… 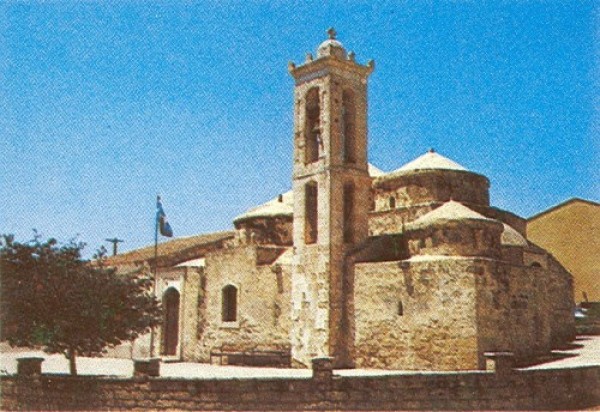 The Church of Saint Paraskevi at Geroskipou village in Pafos, Cyprus

On the north eastern end of the church there is a tetraconch with a dome, reminiscent of the martyrdom and the baptisteries of the Early Christian period. The big windows on the arch and the walls of the church have been built last century and resulted in the destruction of the frescoes. During the last century the western wall was demolished as well, in order to increase the size of the church to the west. 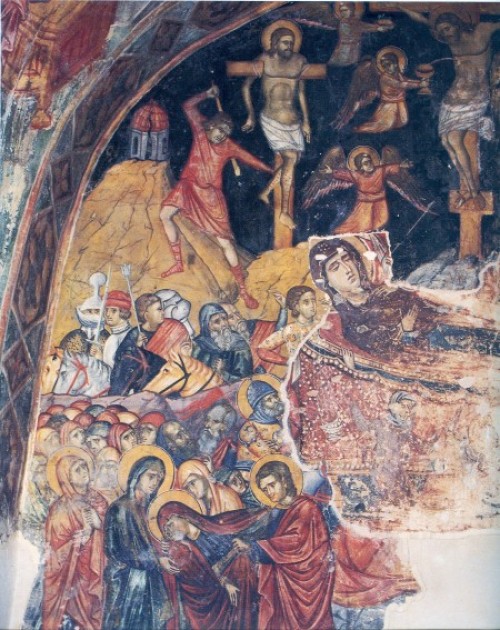 There are some frescoes preserved in the church spanning different eras, the oldest of which are found on the eastern dome of the middle aisle. In other parts of the middle aisle there are frescoes of the 10th, 11th and 12th centuries. Most of the frescoes, however, belong to the late 15th, early 16th century. Most of the older frescoes together with other morphological elements help to date the church of Saint Paraskevi to the 9th century.

At the Saint Paraskevi church in Yeroskepou there have been preserved some of the most ancient frescoes in Cyprus, which date back to the 9th or the 10th century. Unfortunately their overall condition is not good. However, the church was also painted at a later date during the 11th or the 12th century. Even those frescoes, however, have either been destroyed or painted over by later frescoes of the late 15th or the early 16th century. 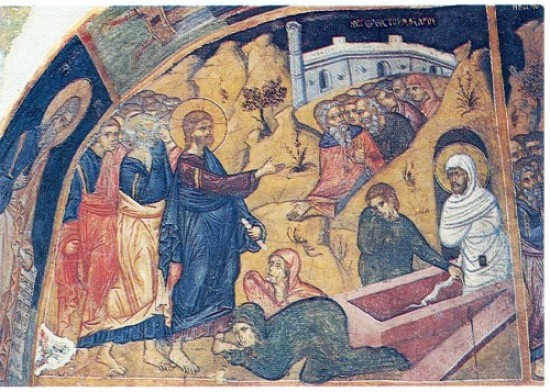 The fresco of the Resurrection of Lazaros

The only frescoes which are relatively preserved in a good condition are the ones of the 15th and 16th centuries. However, like most frescoes of the same era in other Cypriot churches they have been influenced by western art. This influence, nevertheless, does not appear in the same way nor is everywhere of the same character. In some frescoes, like the one of the Crucifixion ( in the big picture) there is some strong iconographic influence, together with some stylistic influence from the Italian art, as one can observe from the sweetness of the faces and the softness of the garments.

The multi person depiction of the Crucifixion was painted over the Annunciation of the Virgin, as an exception to the rule, and it can be dated to the 12th or 13th century. Even though a very small piece of the Annunciation can be seen underneath, it helps to compare the genuine Byzantine fresco with the one which has been influenced by western style. 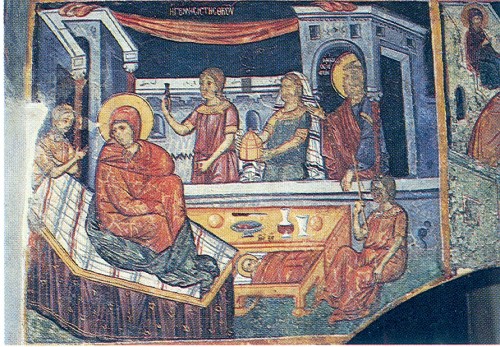 The fresco of the birth of the Virgin Mary

One of the frescoes which are found in a good condition is the one depicting the birth of the Virgin Mary (the small picture below) and the Resurrection of Lazarus (the small picture above). Both of these two depictions follow the Byzantine style but have also been influenced by the western art, as one can notice from the artist’s timid efforts to paint in the third dimension and show some kind of volume. 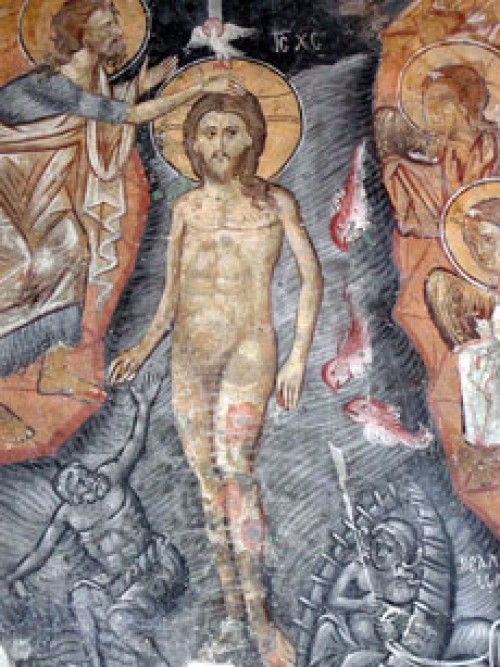 At the Saint Paraskevi church there has been preserved a significant dual facet icon of the 15th century. On one side there is Theotokos Odigitria and on the other the Crucifixion is depicted.