God’s Angels and the Devil’s demons

God’s Angels and the Devil’s demons 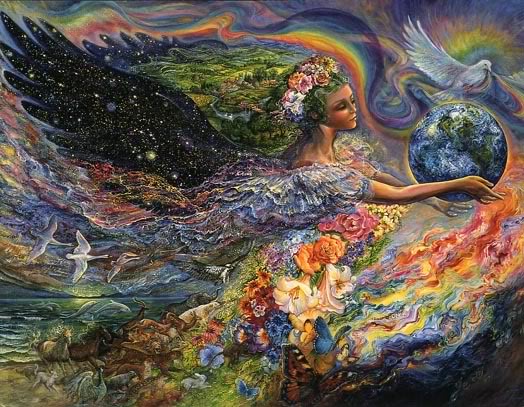 God sent us angels to be our traveling companions and our guides in this life, to guard us and protect us from all evil. They are also our most faithful allies in our struggle against the forces of evil.God is absolute Love, and this love impelled Him to create intelligent beings who would be able to comprehend love, to love God and participate in His bliss. The first such beings to be created were the angels. God endowed them with great abilities and settled them in His heavenly abode. However, though the angels possessed a great deal of perfection, they were not absolutely perfect, and so were open to the influence of passions.

Thus it came about that some of the angels, seduced by the thought of their limited perfections, entered a state of pride, which became the cause of their fall. Lucifer was the first to rebel in pride against his Creator, and he was followed by many other angels who left God. But to leave God means to leave life and embrace death. The rebellious spirits left God of their own accord, and the just Lord also left them, leaving them to their own will. And what consequently happened? The faithful angels separated themselves from the rebels and rejected them with horror, while the rebellious ones turned from bright angels into angels of darkness. Those who had just recently shone with divine glory, now became an object of revulsion and horror throughout the entire heaven and even to themselves. Those who had just recently sung the glory of God, now began to curse and blaspheme. Driven out from heaven by the bright angels and tormented by their own rage, they fell with the speed of lightning into the abyss of hell.

The angels who had remained faithful to God now became absolutely perfect. The Lord rules the universe together with them and uses them as His faithful messengers. The angels are like a model of the perfection and the majesty of God. Their minds and knowledge have no other limits except those imposed by God upon His own creation. The angels are also endowed with superior strength and might, by means of which they are able, in accordance with God’s will, to act upon bodies and the physical world.

But as much as the bright angels are perfect and blissful, so the fallen angels, together with their leader Satan, are horrible and evil. They are eternally tormented by an intense hatred of God, a desire for revenge and utter despair. This is what the struggle of good and evil is all about: it is the struggle of Satan against God and all His creation.

The action of evil forces in the world is quite evident, especially in our times. But from whence springs this great rage with which they are trying to destroy us? Being unable to attack God Himself, they attack Him through His creation, especially through man, who has been created in His likeness and image. What hellish pleasure they find in defiling this image and taking away from the Creator His favorite creation! Being unable to do good, the evil spirits feel a great satisfaction in making man participate in their crimes and share their punishment. And can Satan remain indifferent to us, knowing that we live in the hope of attaining the eternal bliss which he himself has lost? He becomes greatly enraged at the thought that the faithful followers of Jesus Christ, together with the bright angels, will judge him at the end of time. This envy burns him more powerfully than the flames of hell. For this he tries to move heaven and earth, just to lure us into his net. He turns all his anger against us and becomes most dangerous when he attacks not openly, but with the various enticements and wiles of his devious mind.

But it is at this point that the angels come to help us! In order to encourage and support His creation, His faithful sons, in their fierce and unequal battle with the forces of evil, the Lord sends us His angels, His heavenly troops. To each of us He assigns one of them, who becomes our guardian angel, our protector. And it is not only each Christian who has his own guardian angel, but each family, each pious society, each nation. The angels are the friends and brothers of the people on earth. They are so imbued with the love of God, that they immensely love us, too, because in us they see the same gifts of God’s grace which they themselves possess. Truly, in the words of King David, man is a being who is only slightly lower than the angels.

The angels love us and participate wholeheartedly in our salvation, which is just as precious to them as their own holiness. They feel great joy at our salvation and do their utmost to keep us on the right path.

Let us love and value these wonderful friends and helpers of ours, especially our guardian angel; let us constantly turn to them in prayer, as to our nearest and dearest, so that together with them we would be able to enjoy eternal life in heavenly bliss!!

Transfiguration of our Lord