Press enter to begin your search
In EnglishΘεολογία και Ζωή

The Theologian in Modern Society (Phronema and Behaviour)

The Theologian in Modern Society (Phronema and Behaviour) 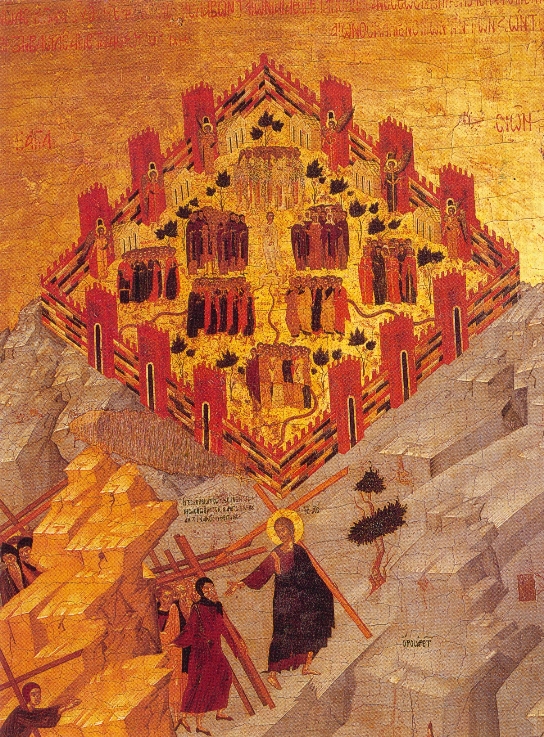 by Archbishop Stylianos of Australia

In an attempt to determine the position which an Orthodox theologian should have in contemporary society, and the behaviour which is dictated by the mission to respond effectively in his responsibility towards God and human beings, we are obliged to remind ourselves of certain fundamental truths of the Faith, in their organic order and inner cohesion.

Firstly, we must clarify what ‘phronema’ is, being of course the most central presupposition which defines the position and behaviour of the theologian in his particular time. The term ‘phronema’ is of pre-Christian origin, and can be found in a broad range of Greek literature.

Phronema comes from the verb ‘frono’ (‘I believe’). In the religious and theological vocabulary of the Christian Church this term, like so many others, took on a much deeper and richer meaning. Thus phronema does not simply mean a steady orientation towards certain enduring moral values, which people knowingly profess and wisely struggle for throughout life. Rather, it means the completely self-sacrificial trust and faith in religious and ethical truths which derive not from human experience and wisdom, but from the voice of God through revelation, which is self-evident and does not undergo censure or doubt. This super-subjective origin of phronema is expressed in the New Testament with the well-known term ‘mind of Christ’, which is almost synonymous with phronema.

In terms of one’s spiritual life, therefore, we must admit that phronema is not the same as conscience. For while phronema is identified as super-subjective with the ‘mind of Christ’ and unites us with those of like faith who came before us and will come after, conscience is the sum total of completely subjective ethical and spiritual powers, i.e. the most individual part of a person.

Of course, the faithful try to harmonise their conscience with the phronema of the Church, in order to grow into

yet this effort remains unfulfilled until the end of our lives. That is why, strictly speaking, the Orthodox faithful — and especially the theologian — are never entitled to call upon their conscience as the final criterion of truth, although for the humanist or the Protestant, this would be the cornerstone of honesty and ethics in general.

According to the above meaning, the phronema of the faithful in general, and the theologian in particular, is an unshakeable certainty about the truth of Faith. Even when this cannot be contained in linguistic or other formulations, it remains undiminished and vibrant throughout life, a continually verified daily experience. Precisely for this reason, phronema ceaselessly upholds and characterises in summary the spiritual physiognomy of the faithful, no matter what the external conditions may be, without ever degenerating into an ideology.

Therefore, faith and phronema are the charismatic power of the inner person which steadily and selflessly connect him or her with God, as well as with fellow human beings (as images or icons of God) and the whole creation (as the work of God). This selflessness is what radically differentiates phronema from ideology, since, as is known, the latter is never free of worldly interests.

Having phronema as a guiding force, the Orthodox theologian is therefore obliged to deal with persons, events andsituations with the sensitivity and conscientiousness appropriate to each.

The most important theme for the theologian is the human person. Human beings are the image of the invisible God; they are in essence ‘the temple of the Holy Spirit’. Whatever else is in the ‘context’ of nature and history is either illuminated or darkened by the place which the human person takes therein. This truth was taught by Christ when He said

Since the place of man in the entire creation is so central, his condition and behaviour directly affects the world around him. This is why the Apostle Paul observes that, after the Fall of Adam, ‘the whole creation groans and labours with birth pangs until now” (Rom. 8:22). The dominant position which man has within creation by virtue of his nature is no doubt due to the fact that he was created ‘in the image and likeness’ of God. In this integrating factor lies the sacredness and uniqueness of the human person. However, owing to the universality of honour is also the universality of responsibility. Hence the Apostle Paul’s daringness to be so strict and categorical regarding the consequences of the Fall:

‘All have turned aside, together they have become worthless; there is no one who shows kindness, there is not even one’ (Rom 3:12).

We therefore see that, while the value of people remains constant throughout the ages — due to the nobility of their descent — the conditions which affect their character and mentality are continually changing. And while the overall climate characterising an entire historical period may be more or less spiritual, we should not forget that all types of people were to be found in each period simultaneously. So even though they live together and in parallel, under the same sociopolitical and cultural circumstances, it is nonetheless as if each belongs to a different time.

It is clear from the above that the theologian, who in every age is called to become ‘the mouthpiece of God’, must recognize primarily that he or she is not beyond ‘judgement’. On the contrary, from the entire plan of divine economy it is evident that the first to be judged is the servant of God, who is sent to the brethren with the message of salvation. Characteristically, the first reaction of the Prophets to the calling from above was fear and cowardice. They would attempt to avoid it with the well-known excuse that ‘I am too young’, and we have the classic example of the ‘purification of the lips’ of the one who is sent, miraculously occurring according to the description of the most resounding of the Prophets, Isaiah (Ch. 6:5-9).

If the Prophets of Israel, who were men full of divine zeal and heroic life, need such a purification in order to be bold enough to speak to the people ‘in the name of the Lord’, we can appreciate how the theologian should feel the greater need to rely upon the ‘new teaching’. Ultimately, his obedience to the calling from above should be accompanied by corresponding humility, in order to be a sign of true faith. This internal causal relationship is characteristically expressed by the verse of Psalms:

‘I believed, wherefore I have spoken: but was greatly afflicted’ (Ps. 115:1 LXX)

The theologian therefore should recognise that he indeed goes to his brothers as one sent by God, yet while bearing unalterably ‘in his own flesh’ the mark of his time. The deep sense of this diachronic ‘synchronicity’, which bears witness to auniversal solidarity through the centuries, leads the theologian to select the words of the Apostle of the Nations as the ‘golden rule’ of thought and action:

Words such as these may sound somewhat arrogant, especially when expressed as a programmatic demand of a spiritual person today, for we have all come to recognise our limitations and many weaknesses. Nevertheless, the sacred ambition we are speaking about is not inspired by self-confidence and the faith that the theologian has in his or her own abilities. It comes mainly from a feeling of indebtedness towards others. The phrase ‘that I might by all means save some’ directly relates to ‘I am a debtor both to Greeks and to barbarians, both to wise and unwise’ (Rom 1:14). However, in order for the theologian to beconvincing and effective in his task, it is imperative for him to possess two very basic attributes: he must be honest but, at the same time, discerning.

Honesty is the only human power which will bridge the gap between souls. The gap is created and continually developed by a host of vague prejudices, superstitions and insecurities. Added to this is a well-orchestrated calumny and slander campaign (using all modern means, in particular the media) against those values which do not promote debased exchanges between people, i.e. the levelling of all, and enslavement. In order for the modern theologian to break down the barrier of suspicion, hesitation or indifference in those who will potentially listen to the word of God, the only weapon that is available in human terms is unfeigned character and honesty. In the name of this honesty, he must admit to his fellow human beings that he has gone through — or is still going through — similar difficulties in the spiritual life (temptations, loss of courage, doubts and so on), but that he finally left himself unreservedly in the hands of the living God, this being the only way out.

Moreover, if the theologian is a Clergyman as well, he must remember — even when he sanctifies the people of God as a steward of the holy Sacraments — and continually remind others that

‘both He who sanctifies and those who are being sanctified are all of one’ (Heb 2:11).

In making public the unworthiness of the celebrant, which is humbly experienced and sincerely confessed, the extent of that which each person can endure should never be forgotten. Not all people can ‘endure’ hearing the whole truth to the same degree. This is why we will give it gradually and carefully, so that they are not scandalised. This is also what the Fathers always meant when they said ‘the greatest of virtues is discernment’. If Christ Himself recognised at one point the inability even of His disciples to understand Him, and ‘interrupted’ saying ‘I still have many things to say to you, but you cannot bear them now’ (John 16:12), how much more is the modern theologian obliged to evaluate the ‘endurance’ of an audience in each situation, even when there is a well-informed and mature congregation.

These, then, are the presuppositions for the theologian to exercise his or her role with basic adequacy ‘in this adulterous and sinful generation’ (Mark 8:38). Yet of course, in the final analysis, the word of our Lord is absolutely valid here also: ‘it is not of him who wills, nor of him who runs, but of God who shows mercy’ (Rom 9:16).