How is it possible that such a beautiful and sweet fruit to hurt anyone?

How is it possible that such a beautiful and sweet fruit to hurt anyone? 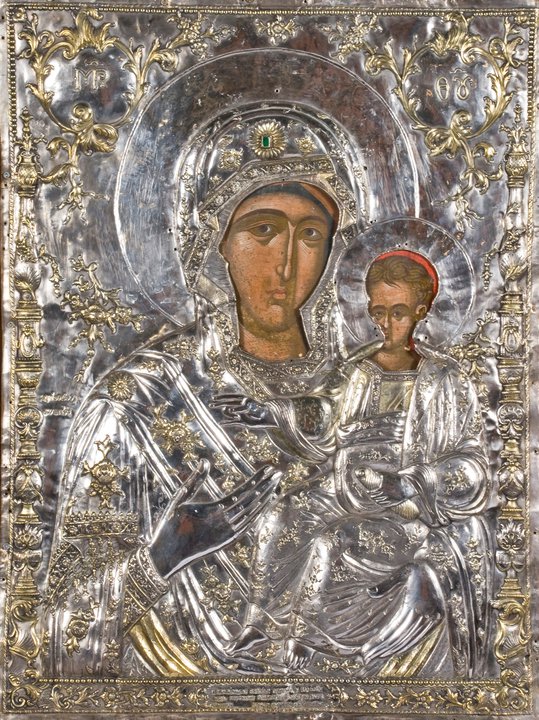 Once, the Metropolitan of Moscow, Plato, (1730-1812) met with the French intellectual Ninderau, who said to him:
-You know your Holiness, I do not believe in God!
-Don’t you believe that God is our father? Don’t you abandon your life in His hands, in  his Love?
-No, your Holiness. What you are saying is something common. I have told you something new!
-What is new? read more…
– I am saying that ‘there is no God!’
-Is this new? Others have said that before you!
-Who? When?
– It is written by David: “And the fool said in his heart, ‘there is no God’.” (Psalm 13-1). There you are! You are saying exactly the same things that someone who has lived three thousand years ago said! But there is only one difference. That poor fool hesitated in talking about it, because he had some wits left about him and was ashamed of what people would say, whereas you talk about it freely!
* * *
Witty thinking like Ninderau’s does not solve the problem of whether there is indeed God or not. It indicates how frivolous people can be, by not wanting to recognize that God is invisible, incomprehensible, indescribable and far removed from our comprehension and our senses.

Therefore in the Scriptures the unfaithful is also a fool. That is, one who does not use his brains in the right way (in his effort to find God), but uses his intellect in the wrong way in an effort to find a way to deny His existence!

The simplest form of modesty is to believe that God is wiser than us. When man does not possess such humility, any other kind of humility is useless to him! It is totally crazy to behave humbly in front of people and not be modest in front of God by accepting that:
All that He commands are fine
All that He does are good
All that He teaches are wise

The first wicked thrust to turn against God was given to us by the Devil who told Eve:
“Eve, did God tell you not to eat from this fruit so that harm does not befall on you? It is all lies! How is it possible that such a beautiful and sweet fruit to hurt anyone?”
Eve believed the Devil. She believed that she, by herself, could see quite clearly and recognize which one of God’s commands are useful and correct and which are wrong and harmful!  As for us, we go on living according to the teachings of the snake and of Eve!
* * *
The only Son of God came to save us from this calamity, by teaching that we must listen to what God says. He did not preach only with words, which is always something easy to do, but with deeds and His suffering.
“He humbled himself and became obedient unto death, even the death of a cross” ( Phil 2,8)
This is the kind of Faith which sanctifies. This is the kind of Faith which saves. However, humility is a precondition of this Faith.  That’s what we need: A little humility.

Source: Metropolitan of Nikopolis, Meletios: “The delights of heart”.
Published by: The Holy Metropolis of Nikopolis.