Monastery of Saint Silouan the Athonite in Saint-Mars-de-Locquenay, France

Monastery of Saint Silouan the Athonite in Saint-Mars-de-Locquenay, France 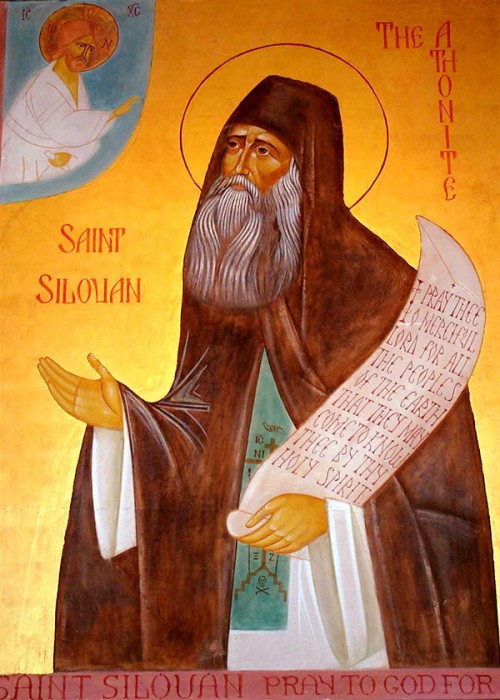 Saint-Mars-de-Locquenay is a commune in the Sarthe department in the region of Pays-de-la-Loire in north-western France.

The Monastery was founded in 1990 by Fr. Symeon with the blessing of Elder Sophrony, disciple of Saint Silouan.

Archimandrite Symeon Cossec and Sister Theodora are interviewed. Video is in French with Greek subtitles.

About Saint Silouan the Athonite

St. Silouan, was born in 1866, of devout parents who came from the village of Sovsk in the Tambov region. His name ‘in the world’ was Simeon Ivanovich Antonov. At the age of twenty-seven he received the prayers of St. John of Kronstadt and went to Mt. Athos where he became a monk at the Russian monastery St. Panteleimon. He received from the Holy Theotokos the gift of unceasing prayer, and was given the vision our Lord Jesus Christ, in glory, in the church of the holy Prophet Elijah adjoining the mill of the monastery. After the withdrawal of that first grace, he was oppressed by profound grief and great temptations for fifteen years, after which he received from Christ the teaching, «Keep thy mind in hell, and despair not». He reposed on September 24, 1938.

He left behind his writings which were edited by his disciple and pupil, the Archimandrite Sophrony. Fr. Sophrony has written a complete life of the Saint along with the record of St. Silouan’s teachings in the book St. Silouan the Athonite.

Archimandrite Sophrony’s book provides valuable insights into the experiences and teachings of St. Silouan; especially the phrase «Keep thy mind in hell, and despair not.»

Troparion for St. Silouan
By prayer thou didst receive Christ for thy teacher in the way of humility, and the Spirit bore witness to salvation in thy heart. Wherefore all peoples called unto hope, rejoice in this day of thy memorial, O sacred Father Silouan. Pray unto Christ our God for the salvation of our souls.