An incredible miracle in Serbia (part 7)

An incredible miracle in Serbia (part 7) 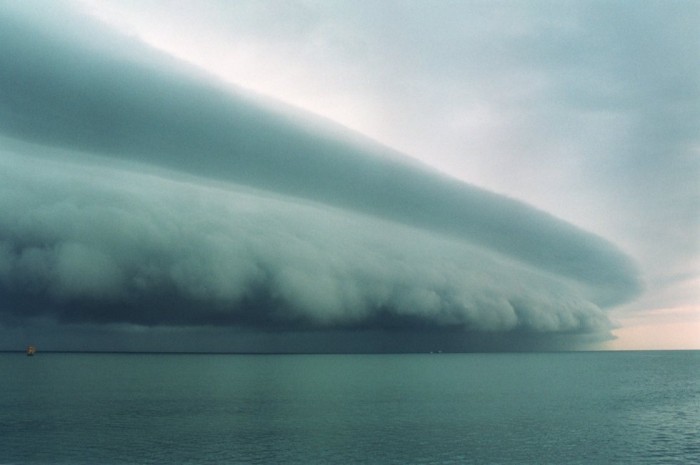 The awful experience of the tortures in hell

Another cloud was waiting for us there. We went inside and it transferred us somewhere to the west. I have the impression that we did not travel for a long time towards the west because the cloud suddenly changed direction and quickly descended towards a ravine. My angel guide ushered me into a dark place. From the very first steps we took, we descended into darkness so thick and so dark, that no other could be worse than this one. We were hit by a terrible stench from the depth of this darkness and I could barely breathe.

I felt that we were standing in front of something dreadful but I did not know what this could be. Terror and dread overcame me to such a degree that I stacked myself to my angel to be protected in this terrible journey. My suspicions were quickly justified since a vast sea burning in a horrifying flame appeared in the distance. Soon we reached this place and stopped right in front of it. Later on I realized that we had been standing on a high and endless boundary wall which enclosed this place of eternal fire and incessant terror. What appeared in front of my eyes in all its might clouded my mind at once. My limps which had already been paralyzed in fear, now felt like stone. I averted my gaze and a cold shiver went down my paralyzed spine. This was the only indication that I was still alive.

When I looked at it again, I saw steaming sulphuric liquid in front of us as if it was in a crater of a scorching volcano from which a frightful flame was dancing. “This sea does not have the same depth everywhere. Where the flame reaches 40 meters high the sea is deeper” said my angel-guide. Inside this mindboggling horror, I could see numerous, dreadful beasts, which have been created to be the most unrelenting torturers. There were huge snakes, with one or more heads, swirling, rising and squashing the sinners, while dragging them into the depth of this flaming sea.

There, I also saw other beasts which made an even more horrible sight. Naked hands, feet and other human body parts had been hanging from their bloodied mouths. In their midst there were snails, scorpions and other sliming creatures swarming around, moving by some deadly force, jumping like crazy and fiercely attacking the souls of the sinners. This was the place of torment.

One could hear the screams, the cries and the shrieks of many people.  The souls were helpless in this scorching sea, like fish outside the water. They were being attacked by masses of beasts, biting them, ripping them apart and devouring them to the last piece. These dismembered and smashed bodies were taking once again their human form. I nearly fell into the fire myself, so scared I was of this horrible spectacle, but my angel –guide steadied me and said:

“Do not be scared, Dousan. We are now in hell. God created these snakes and the rest of the horrible beasts which are swimming in this sulphuric, boiling liquid, so that they could not be harmed by the fire and the boiling liquid. As you can see, they will be endlessly biting, devouring and drinking the blood of all those sinners. They will all be boiling and be cooked in this fire, but they will never be boiled or cooked”.

The sight of these tortures was so unbearable that I closed my eyes many times to avoid looking at them.  At some point, I could not take it and I averted my gaze towards darkness, but even then I was greeted by huge monsters with flaming eyes and open mouths. They started flying around us with such speed, screaming, that the whole of  hell trembled as if hit by the worst possible thunderstorm!

Realizing my dire condition, the angel –guide said to me: “Do not be scared! These are demons and we are disturbing them. They cannot stand our presence but they do not dare approach us”. Then he said: “Did you see Dousan, how all those who do not believe in God and those who are praying to a falsely made up God are tormented? They love a ‘god’ they see in their heads, in their houses, in their palaces, in their cars, in their jewels, in their degenerated lives and in their stomachs! They will also be tortured with them and all those who believe in God but they do not publicly declare His name if someone asks them.

Eternal torture is also awaiting all those who do not respect their fathers, their mothers and their neighbor. Aside from those sinners, they will eternally burn in this fire and all those who loved their sins more than the decent life: the liars, the false witnesses, the deceivers, the sarcastic, the wicked, the malicious, the envious, the robbers, the criminals, the adulterers, the thrifty and those similar to them. If you are to be redeemed from this anguish, it is imperative that you repent and confess all of your sins when you return to earth”. After these words, my angel –guide, picked up my hand and quickly as lightning took me out of hell. At the exit, we were again greeted by the cloud which transferred as to the place where I had witnessed the rising of the dead.