The Dormition of the Theotokos

The Dormition of the Theotokos 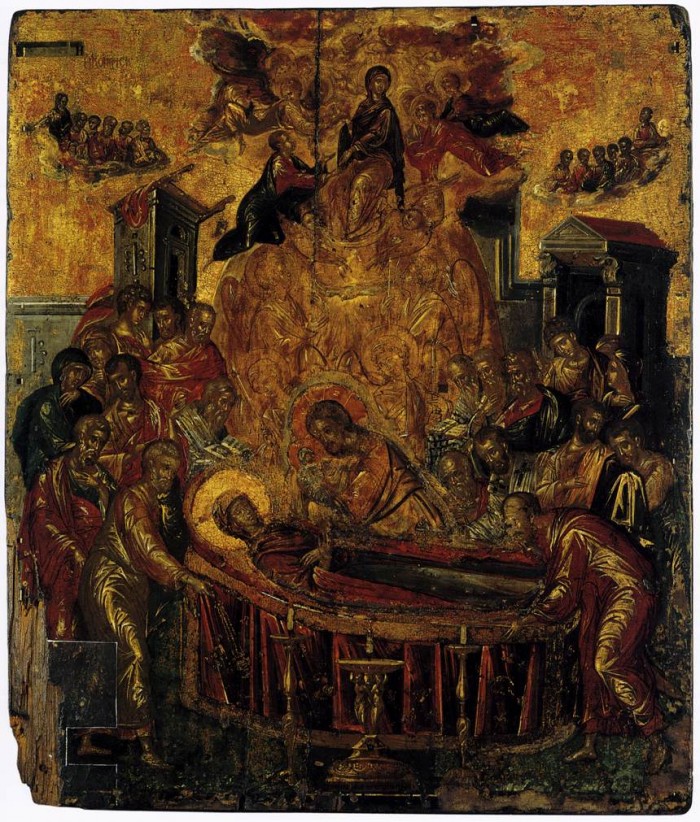 The Feast of the Dormition or Falling Asleep of the Theotokos commemorates the death, resurrection, and glorification of Christ’s mother. To help us in our preparation of the feast, it is preceded by a two week fast. As with the Nativity of the Virgin (September 8/21) and the feast of her Entrance to the Temple (November 21/December 4), the Feast of the Dormition also comes from the Tradition of the Church.

There we learn that Mary died as all people die because she had a mortal human nature affected by the corruption of this world. The Church proclaims that Mary needed to be saved by Christ just as all of us are saved from trials, sufferings, and death of this world. Having truly died, she was raised by her Son as the «Mother of Life» and already participates in the eternal life of paradise which is prepared and promised to all who «hear the word of God and keep it.» (Luke 11:27-28) Finally, we celebrate the fact that what happens to Mary happens to all who imitate her holy life of humility, obedience and love.

It is important to remember that there are no relics of the Theotokos. Their existence has never been mentioned throughout history. At one time in Constantinople there was a center of pilgrimage where the belt and veil of the Virgin were venerated.

From the Tradition of the Church

Following the day of Pentecost, the Theotokos remained in the city of Jerusalem, comforting the infant Christian community. She was living in the house of the beloved Apostle John, later the Evangelist. At the time of her death (tradition states she was in her early fifties) many of the Apostles were scattered throughout the world preaching the Gospel. All but Thomas were miraculously brought to the Virgin aloft on clouds.

As they stood around her bedside, she commended her spirit to the Lord and Jesus descended from Heaven, taking up her soul in His arms. The Apostles sang the funeral hymns in her honor and carried her body to a tomb in Cedron near Gethsemane. When a Jewish man tried to interrupt their solemn procession, an angel of the Lord came and punished him by cutting off his hands, which were later healed.

The Apostle Thomas arrived on the third day and wished to see the Virgin for the last time. They discovered an empty tomb. Church tradition relates that the Theotokos was resurrected bodily and taken to heaven, the same reward that awaits all the righteous on the Last Day.

The Theotokos is depicted upon the funeral bier.

Christ, standing behind the Theotokos, is her Son, Who has come to receive His Mother’s soul into heaven; He holds in His left arm an infant in white, symbolizing the soul of the Theotokos reborn in her glory in heaven; Christ also is robed in white and appears in an aureole (elongated halo) depicting the Light of His Divinity.

Below the bier is a figure of Antonius the Jew, who tried to disrupt the procession, was punished, but later repented of his sins and embraced Christianity through Baptism.

Taken from The Icon Book, by Boojamra, Essey, McLuckie & Matusiak.