Orthodox Christianity and the Idea of Homosexual Marriage

Orthodox Christianity and the Idea of Homosexual Marriage 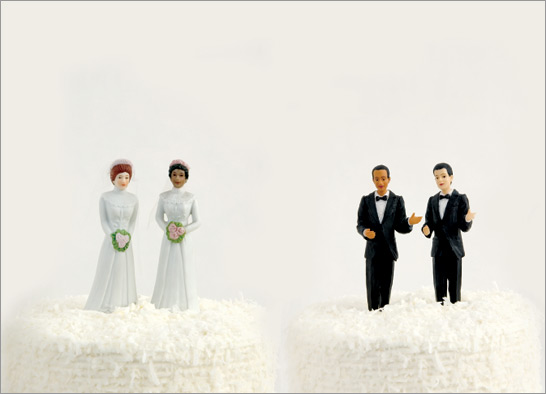 In the film, Monty Python’s The Life of Brian, there is a scene where a group of revolutionaries are discussing tactics. One of them, played by Michael Palin, suddenly announces that he wants to be a woman from now on and have babies. After a certain puzzlement, the group decides that, although he can’t actually have babies, they agree that he has the right to have babies. Perfectly in line with the post-modern culture of rights, even outside the bounds of nature, this satire seems to mirror recent events in the Swedish Lutheran Church.

The news that the Swedish Church is to permit ceremonies for the marriage of same-sex couples came as no surprise at all. The states of Sweden, Spain, the Netherlands, Belgium, Luxembourg and Norway all recognise such unions as having the same status as heterosexual marriage and we might seek the reasons as to why this has happened now. There is no question but that, from the perspective of Orthodox Christianity, Holy Tradition knows nothing of such unions and ceremonies purporting to bless such ‘marriages’ can, at best, be seen as a sham.

Whether in history or even pre-history there ever were societies that sanctioned homosexual marriage, is for anthropologists to discover yet it is hard to think of any great civilisation that has been founded on such an idea. Theology apart, there is one obvious and pressing reason why societies have always granted a privileged place to (usually) monogamous heterosexual marriage. At a purely naturally level, marriage involving some form of contract relationship, the raising of children and the passing on of inherited property, has lain at the heart of much social legislation, certainly since the Laws of Hamurrabi in ancient Mesopotamia. Even in a culture like that of Athens in the days of its ancient glory, marriage was considered the norm as a practical necessity, even when paedophilic relationships were practised alongside it. In classical Indian civilisation, on the other hand, homosexual relations appear not to have been common and certainly not built into the social structures. This raises the question as to the origin of homosexual behaviour itself: whether it might be genetically determined, as some have tried to show or whether it might be largely a social construct (which must play a part, whatever the case). For this reason we may indeed ask why certain societies and even certain states now seem not only to tolerate but even actively to promote same-sex relationships. Indeed, some are going so far as to implement sanctions against any who disagree or exhibit the entirely fictitious syndrome of what is termed ‘homophobia’. (I am not talking here of ignorant prejudice or any cruelty practised against people with same-sex attraction which is obviously sinful.)

Looking at the countries that have sanctioned same-sex marriage, the first thing that is obvious is that they are largely post-Christian societies. In addressing this post-modern phenomenon, I do not intend merely to counter a novelty by outlining the Orthodox Theology of marriage. Sound as that would be, others have done so before and far more competently than I. Rather, I am interested in how these countries have arrived at this point, whilst at the same time putting forward the reasons why this is completely incompatible with a life lived in the Orthodox Christian way.

The first observation is that the social normalisation of same-sex relationships is entirely consonant with the secular understanding of human rights. Rooted in the eighteenth century Enlightenment, the newly autonomous and free human being, lives a life liberated from the shackles of tradition or social obligations and, in his (and no doubt, her) post-modern incarnation, is able to select from the supermarket of life-style choices. Nowhere is this more evident than in the concept of the sexual life which must, according to this way of thinking, be let loose to wander in any desired direction (within currently, as least, the constraints of consenting adulthood), because any suppression of ones desires would be psychologically damaging and would suggest a repressed and cowardly personality.

From the Orthodox Christian perspective, of course, this is precisely a social construction; mankind refashioning himself in his own fanciful image. As soon as one loses sight of the concept that God has made us for himself in his own image and likeness, then we arrive at something less than human; we fall into the baser man, the fallen Adam. It is precisely what the world considers the avenues of indulgent self-fulfilment that we as Orthodox Christian must recognise as blind alleys, ultimately devaluing our true dignity as children of God.

This is, of course, the paradox of all Christian morality, in that our true liberty is not found in Rousseau’s analysis – that we have only to set at liberty the noble savage within – but in our humble obedience towards God. I other words, the truly fulfilled person is the Orthodox saint, the one who has discovered the true meaning of his humanity by fulfilling and completing his human nature in Christ, the process we called Theosis. In short, any form of sexual expression outside what God has blessed for our good must necessarily be sinful, a falling short of the glory of God.

When it comes to the question of same-sex relations, I do not think we need be especially condemnatory. As Orthodox, we may rightly point out that monogamous heterosexual marriage is the only context where our sexuality can lead to sanctification. Therefore any other indulged form, from thought to action rooted in the passion of lust is, by nature, sinful. This is equally true of heterosexual fornication or adultery as it is of any homosexual activity. It is interesting that word homosexual itself is not devised until the nineteenth century; before that, same-sex relationships were often referred to as the unnatural vice. Certainly, the idea of someone possessing a set sexuality and being homosexual in his/her very essence would certainly have been alien, say, to the mediaeval mind. The very idea of defining someone as set within a form of sexuality, is a very modern or rather, post-modern idea. Of course, apparent homosexual activity may be observed in other animal species but in absolute terms it cannot have any natural function in the primary sense; it cannot produce offspring. For human beings it can only ‘function’ at the level of libidinous gratification or within a mutually rewarding emotionally relationship. No doubt, those in the Lutheran Church of Sweden were sympathising with the latter case when they voted to promote the possibility of same-sex marriage but as Orthodox Christians, we still stand on the principle that we can only accept what God has blessed as part of Holy Tradition. We would also affirm that our whole Orthodox way of life is predicated on the pursuit of eternal salvation. We understand this as meaning that the present natural man is a fallen creature and his instincts, no matter how powerful, need directing aright: we have a different vision of what it means to be fully human in Christ.

The crux of my argument against the Swedish Church’s action is that it has surrendered to the mores of its environment, rather as if St. Paul had given up and merely told the Corinthians to go ahead and ‘play the Corinthian!’ It is typical of post-modern morality that it can take what is fundamentally unnatural and just because it becomes possible, elevates it into a human right. Of course, human rights culture lies at the very heart of this controversy. Rather like Michael Palin’s character referred to above, the Swedes appear to have agreed to the right of homosexuals to marry when, in fact, the very word marry means, by the natural definition, the union of a man and a woman. All they have done is to pervert the word’s meaning into semantic nonsense. Same-sex couples can participate in mutual sexual activity; they can even be emotionally enwrapped with each other but that does not make it a Christian marriage: an icon of Christ’s relationship – bride and bridegroom – with his Church. Just a woman cannot be ordained priest, the icon of Christ the Bridegroom at the Divine Liturgy, so a same-sex marriage cannot be sacramental of the mystery St. Paul speaks of in the epistle to the Ephesians. In fact, the Swedes have voted for a sham, not far short of a blasphemy drawn from an heretical ecclesiology.

Ultimately, we are dealing here with the perception of the source of freedom. Drawing on the Enlightenment ideals of Liberty, Equality and Fraternity, we can only presume that the Swedish Lutheran Church imagines that Mankind is autonomous and at liberty to construct the world of its own devising. Around this notion in recent years, a whole industry has been built, championing the rights of the unnatural, ultimately rooted in the cult of death (abortion and euthanasia for example.) For Orthodox Christians, on the other hand, the source of freedom is in the service to God, for freedom is not the random surrender to the whims and dictates of human passions: that way lies our enslavement to a false humanity. Rather, we would say that freedom is the ability to fulfil our true nature, as the Creator intended – freedom is the ability to be true to what we are meant to be and what we are meant to be was laid down in the beginning, as created: male and female.

I must end in warning that in abiding by our Tradition we will increasingly come under attack from the habitual intolerance of liberalism. No matter! Orthodox has survived worse. In a recent address, Metropolitan Hilarion of the Moscow Patriarchate spoke of how the real divisions in Christianity now are not between Orthodox, Catholic or Protestant so much as between liberals and traditionalists. Being in the latter camp, as far as we are able we must align ourselves with our co-religionists. True, this innovation is the product of the post-Catholic and post-Protestant worlds but secularism has a way of creeping up on our institutions and for Orthodoxy in the West, where our people live the life in Christ but often very isolated, we need to speak out very clearly. Only, we must be positive, we are not ‘anti’ anybody; we are not ‘anti’ any group in society but we are certainly for marriage as part of the way to salvation.