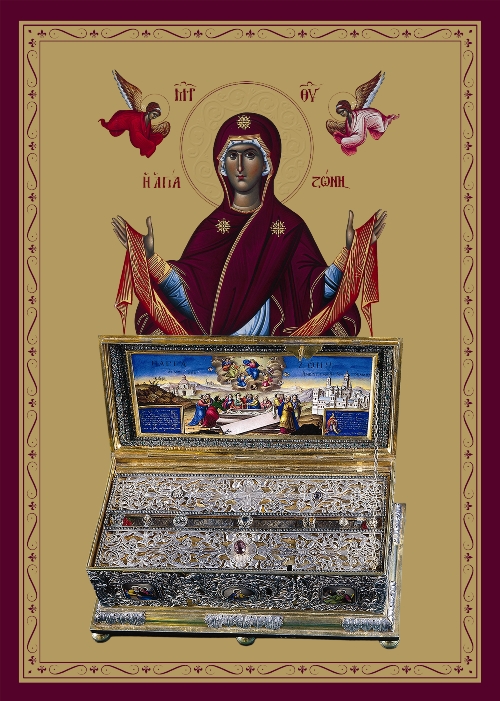 5. Fr Daniel Katounakiotis is cured of an inflammation of the kidneys.
In his book, “Contemporary Figures of the Holy Mountain”, Vol. 4, the late Archimandrite Cherubim describes how Father Daniel Katounakiotis had been miraculously cured of an acute inflammation of the kidneys. We quote the account: “No sooner did he reach Vatopedi than he suffered an acute inflammation of the kidneys. This “thorn in the flesh” afflicted him very seriously this time and he had to stay in bed for weeks.
The fathers at the monastery have been nursing him with a lot of affection. But even more affection was shown by the great Doctor of the Mountain, the Mother of God. read more…
Father Daniel was especially fond of our Lady, the Mother of God; he was showing the same reverence and trust and honor to her like all the saints. He had pleaded with her with fervor and tears and he was certain of the outcome. He knew about her promises. Was it at all possible that she wouldn’t keep them? Indeed. The day of the feast of the Holy Belt (31st August), the patient was suddenly healed and his cure was permanent! He was never again bothered by this terrible illness which had been pestering him for ten, whole years”.
6. The cure of Fr. Filotheos Zervakos.
The blessed Elder, Filotheos Zervakos, describes how dreadful his constant migraine was. Here is his account of the miracle. “We have arrived at the Vatopedi monastery on the 31st of July. I was offered hospitality at the Archontariki, but I could not take the horrible pain I was in. After a short while, I was in such a pain that I was holding my head and was running here and there. I pleaded with the head of Archontariki for some help and he went to the doctor, who gave me some painkillers. On my way from the pharmacy I passed by the church, which happened to be open. When I entered, I saw that the Holy relics were on desplay in the Holy Sanctuary and a deacon from Ikonion was venerating them. I entered and started kissing with reverence the Cross first and then the Icon of the Lady Vematarissa. Then, I kissed the piece of the Holy Cross. I also kissed the Holy Belt, feeling at the same time that the wretched me was kissing the Holy Belt with which the Most Holy Mother of God was strapping herself. While I was kissing it with veneration and tears, I felt- Oh the miracle!- that my illness had gone and I was completely cured! Oh how great and wonderful are your wonders, most revered Lady! Let your name be most glorified and blessed, because you do not stop healing our bodies and souls… I came out of the Holy Sanctuary and was standing in the middle of the church speechless and was marveling at how I was feeling before I entered and how suddenly I was completely cured”!
7. The locusts were dropping in the sea
In the Book: “Talks by Elder Paisios Ayioritis”, Volume 1, titled “With pain and love for today’s man”, there is a miracle performed by the Holy Belt on p.113.
–    “Did you throw the medication against maggotts?
–    I did, geronta.
–  There are so many of you, nuns and you cannot exterminate a single maggott! During the German occupation of Greece, swarms of locusts have appeared in Halkidiki and they brought the Holy Belt from Vatopedi. The locusts, like clouds, had then been falling into the sea”.
8. The pandemic is stopped.
In September 1818, the fathers of Vatopedi carried the Holy Belt to Galatsi in Romania, together with a piece of the Holy Cross and the head of Saint Gregory the Theologian. In a letter, the Metropolitan of Moldavia, Benjamin, says among other things: “As soon as each one of us consumed the holy water, the most painful plague has stopped”.