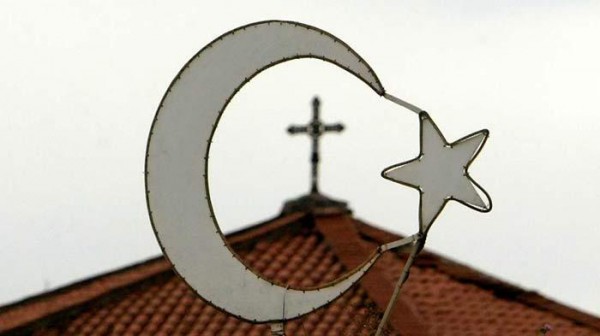 Wulff made the appeal after talks with Turkish leaders in Ankara, dominated by issues of co-habitation and a simmering debate in Germany on whether Berlin had failed in efforts to integrate Muslim immigrants, many of them Turks.

Wulff, the first German president to visit Turkey in a decade, stressed the freedoms Muslims enjoy in Germany and urged Islamic countries to reciprocate.

«We expect that Christians in Muslim countries have the same rights to live their faith publicly, educate new clergy and build churches,» he said in a speech at Turkey’s parliament.

«Religious freedom is part of our understanding of Europe as a community of values,» he said.

Several attacks on Christians, including the murders of a German missionary in 2007 and the head of Turkey’s Roman Catholic Church in June, have fanned fears that hostility against non-Muslims is on the rise in Turkey.

«We are old friends…. The things that connect us are much more than the things that keep us apart,» he said after talks with Turkish counterpart Abdullah Gul.

While many later-generation Turks have integrated with German society, large sections have never learned German and live in closed communities.

Gul renewed a call on Turkish immigrants to learn the German language, but stressed that «instead of using the integration problem politically, everybody must help find a solution.»

There have also been concerns that Muslim failure to integrate is breeding homegrown Islamic extremists in Germany.

Wulff praised Turkey’s growing role in regional affairs, but reiterated Berlin’s position that the country’s EU accession talks were open-ended and did not guarantee full membership.

Along with French President Nicolas Sarkozy, Merkel argues that Turkey has no place in Europe and should settle for a «privileged partnership» instead of membership — a proposal Ankara categorically rejects.

Wulff’s four-day visit was to take him also to Kayseri, a booming industrial city in central Turkey, the nearby Cappadocia region famous for its cone-shaped rock formations and the historic Saint Paul’s Church in Tarsus.

He will also visit Istanbul to meet Ecumenical Patriarch Bartholomew I, the spiritual leader of the world’s Orthodox Christians, and lay the foundation of a Turkish-German university before leaving Friday.