Another arrest of Archbishop Jovan by pseudo-Macedonians

Another arrest of Archbishop Jovan by pseudo-Macedonians 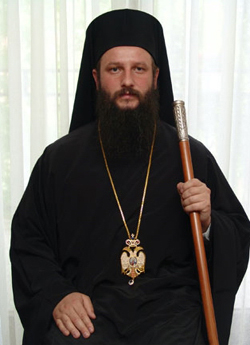 His Beatitude Archbishop of Ohrid and Metropolitan of Skopje kyr kyr Jovan in the late hours of 16th November 2010 was detained on the border-crossing Kalotina, between Bulgaria and Serbia, upon a warrant of the Interpol bureau of FYROM. He has been determined a 24-hour detention.