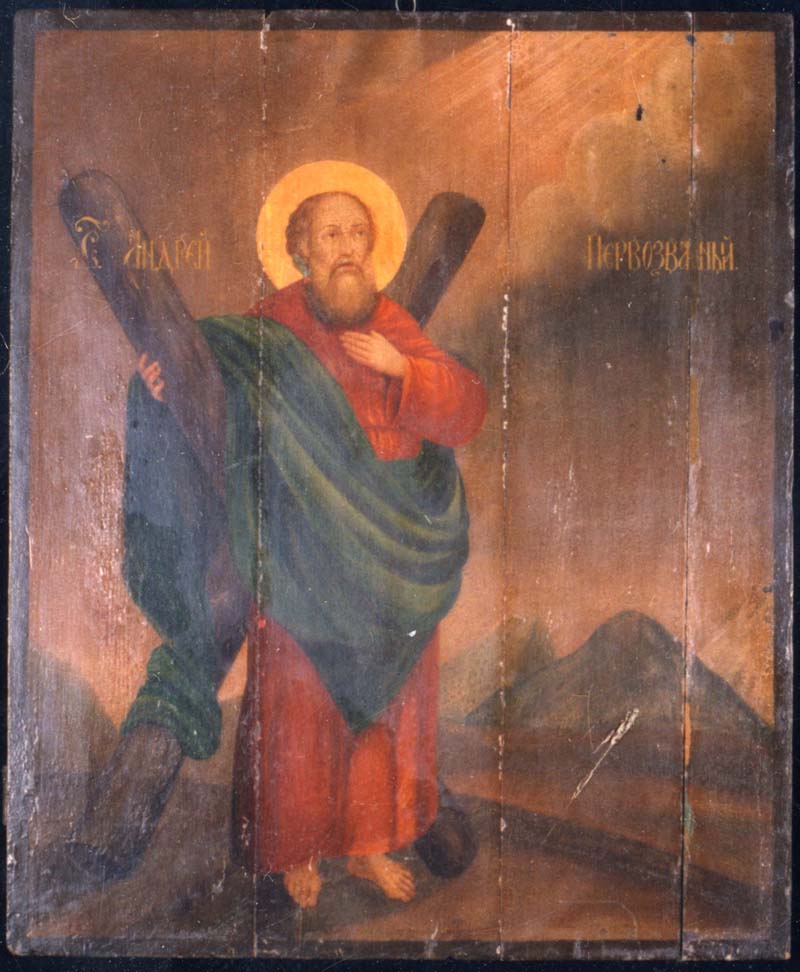 St. Andrew, the First Called. This icon is in the Church of the Holy Ascension in Unalaska, Alaska. It bears evidence of Aleut origin. If you look carefully an Aleutian volcano is depicted in the background. It was written in the nineteenth century on wood. (http://dioceseofalaska.org)

As the first-called of the Apostles, and brother of their leader,

O Andrew, entreat the Master of all that peace be granted unto the world

and great mercy to our souls. Read more…

Let us acclaim the namesake of courage,

that herald of things divine,

the first-called of the Saviour’s disciples, and the kinsman of Peter;

for as he formerly cried out to him,

so doth he now to us:

Come, we have found the Desired One.